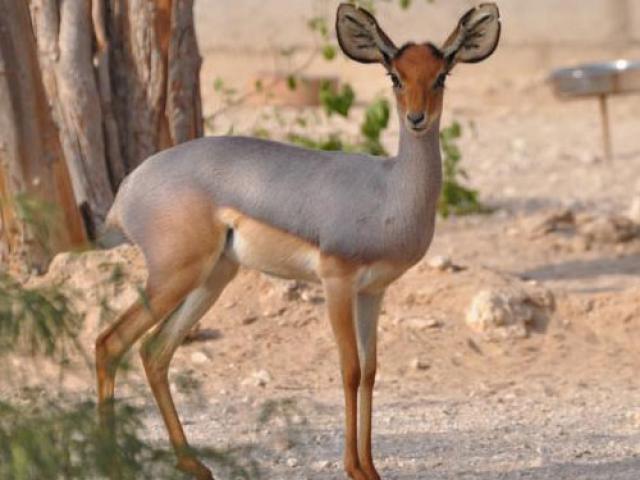 The beira is among the few species that relishes the dry mountains of the Horn of Africa. It is a comparatively small antelope with a unique ecology. Have you heard of it?

General Characteristics of the Beira

As mentioned above, the beira belongs to the small antelope family, with a shoulder height not exceeding 60 cm and an average of 57 cm. Their weight ranges from 9 to 14 kilograms. Body length is about 93 cm, and the short tail is 5-8 cm long.

There is no difference in body size or weight between females and males of this species. Males’ horns are straight and reach a maximum height of 12 cm.

Coloration is easily distinguished by a reddish head and dark lines on the outside of the legs that separate the back from the abdomen from the shoulders to the hind legs. The back and neck are grayish. The abdomen and inner thighs are also cream-colored or slightly reddish.

An essential characteristic of this species is its large ears, which are covered with long black and white hairs. The pattern is handy in identifying individuals. The scientific name Dorcatragus megalotis refers to this aspect of the species.

Where Does the Beira Live?

Endemic to East Africa, the beira is an antelope that ranges from the Gulf of Aden to the Horn of East Africa. It has also been spotted in Somalia, Ethiopia, and Djibouti.

The area it inhabits has been disputed for several years, but it spends most of its life in the dry mountains. It is estimated to inhabit regions up to 2000 meters in elevation, including areas with sparse vegetation.

Their herd consists of small flocks with a dominant male and several females with young. They are most active at the beginning of the day and late afternoon. They are also highly territorial and sedentary antelopes.

It is typical of this species that all herd members defecate in the same place. This is their way of marking territory and is thought to help solidify group cohesion.

This is done sequentially as a ritual, the last to do so is the male. When they go to the lavatory, they first smell the pile of dung and cover it up by tapping the ground with their hooves.

These animals are herbivores. Their diet consists of leaves and shoots of shrubs in their natural environment. They also eat grasses, herbs, and succulents. Analysis of their feces reveals that they are foragers. This means that they choose the plants that will have the most positive effect on their bodies.

Although they are mammals living in arid regions, searching for water does not seem to be a priority. They benefit from the moisture contained in their food. 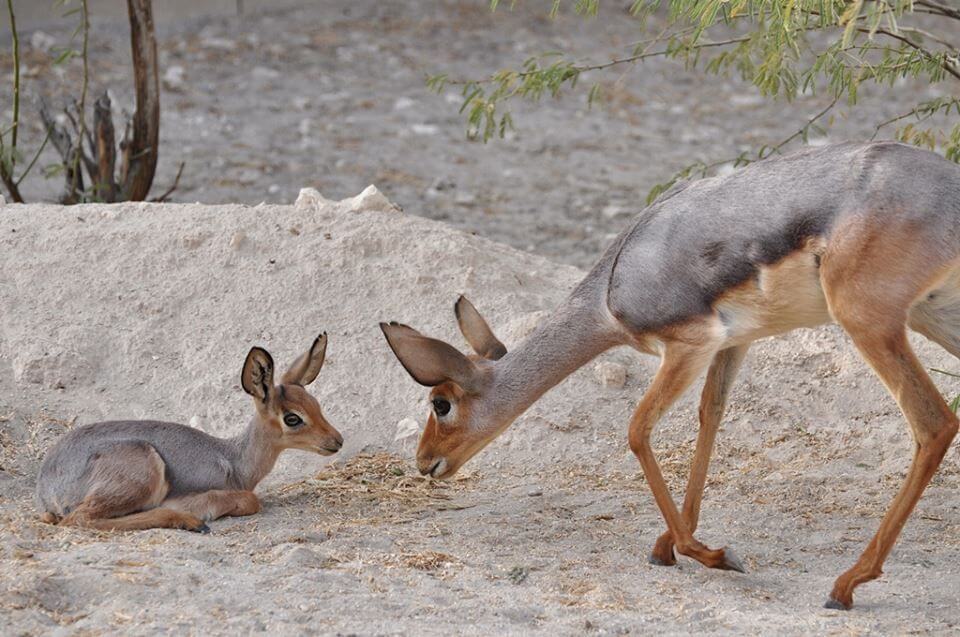 The reproductive process is sexual and occurs seasonally.

The gestation period is six months. Finally, a fully grown calf is born. Like other species of antelope, it takes only a few minutes to stand up and take its first steps. Then it needs its mother to feed.

Once the calf is born, the female goes into heat again 5-13 days later. Feeding lasts 3-4 months, followed by weaning. However, they begin eating solid food as early as the second day of life, and after three weeks, they start their characteristic ruminating.

An endangered animal, it has been listed as Vulnerable by the International Union for Conservation of Nature (IUCN) since 1996. Its main threats are habitat degradation and hunting.

Habitat degradation has been attributed to drought, overgrazing by livestock, and cutting trees for charcoal. Shade-producing trees are essential for this species.

This special animal, which lives on the African continent, is in danger of extinction because of humans. This should serve as a wake-up call to think and act decisively to protect this antelope and other species directly affected by population declines.