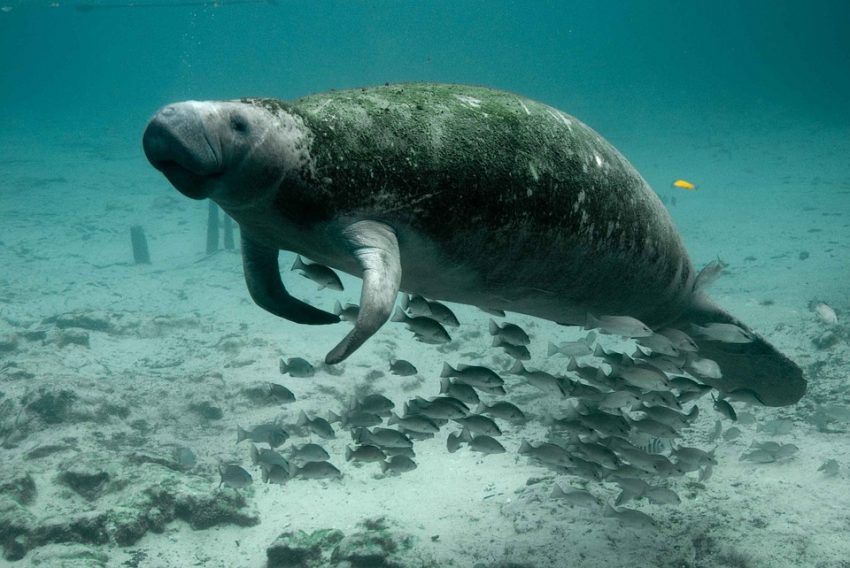 I know you must have surely heard of cows but what about sea cows? Aren’t you curious to learn about something you’ve probably never heard about? If so, then keep reading to learn more!

In the days when ships were the primary means of international travel, seamen on long voyages sometimes saw strange animals swimming about near tropical shores. These animals had short forelimbs and no hind limbs. Their almost hairless bodies tapered back to big flattened tails. At times one might be seen affectionately cuddling a young one to its breast.

Seeing these creatures at a distance, some sailors took them for mermaids. But of the sailors got close enough for a really good look, they quickly realized their mistake. The supposed mermaids had huge bodies and wrinkled grey skin. Their faces bristled with whiskers and their cleft lips were wide and drooping. Their short forelimbs were paddle-like flippers.

These odd animals were sea cows.

Sea cows are so different from other mammals that they are placed in a mammalian order all to themselves. This is the order Sirenia, or “sirens”, so-called because of the sea cow’s fancied resemblance to a mermaid. Sirens were sea nymphs or mermaids of Greek mythology. According to legends, they basked on rocks and lured ships to destruction with their sweet songs.

Sea cows generally inhabit shallow coastal waters or quiet bays and lagoons in tropical or semitropical regions. They spend their entire lives in the water. If they were ever caught on land, they would soon die. In the water, they move about by pumping their tails up and down as whales do. They use their paddle-like front limbs as rudders and balancers. Their diet is made up of plants that grow in water.

There are two main types of living sea cows- manatees and dugongs. American manatees inhabit coastal areas of the Atlantic Ocean from southern Florida through the West Indies. They also live along the northeastern coast of South America, as far south as Brazil. Another species, the African manatee, lives along the coast of western Africa from Senegal to Angola and in various rivers of this region.

Dugongs live along the shores of the Indian Ocean from eastern Africa to the islands of Indonesia. They are also found along the coast of tropical northern Australian and around various eastern Pacific islands.

A third type of sea cow was the huge 25-to 30-foot-long Steller’s sea cow, which once lived along the shores of various islands in the Bering Sea between Alaska and Siberia. The Steller’s sea cow has been extinct for almost 200 years now.

The best place in the United States to look for manatees is southern Florida. A few of them still live in the warm, shallow waters of Florida Bay and nearby areas. Sometimes several can be seen right within Miami’s city limits, swimming sluggishly in the Miami River.

Calm, slow-moving animals, adult manatees measure from 8 to 15 feet long and weigh 500 to 1200 pounds or more. They do not have any visible ears. Their broad, whiskered muzzles bear slit-like nostrils that close like valves when a manatee is below the surface. They can remain underwater for 15 minutes or more. The drooping upper lips are split in the middle. Each half of the lip works sideways against the other half in plucking vegetable matter and drawing it into the mouth. Here the cheek teeth grind it up. Strict vegetarians, manatees eat great quantities of the grasses and other plants that grow in Florida lagoons and waterways.

The few manatees still left in Florida waters are protected by law. But in parts of South America, the defenseless beasts are eagerly hunted by natives, who like the beef like meat. 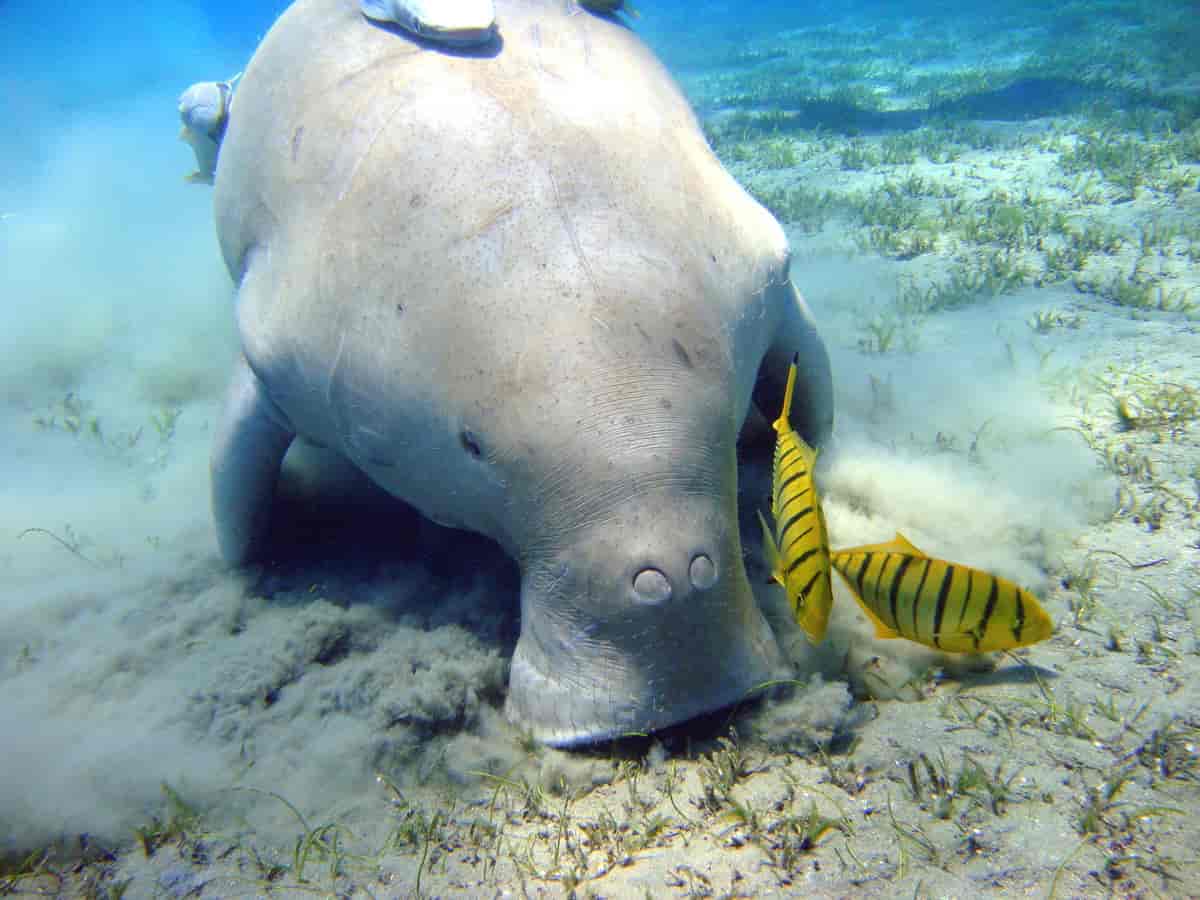 The dugong looks very much like the manatee. But its tail has two lobes at the tip instead of being rounded. Adults may measure 9 or 10 feet in length. Like the manatee, the dugong lives in coastal waters, but it seldom goes up rivers for any distance as manatees sometimes do.

So, what do you think of sea cows? Please share your comments!