In recent years we have often heard about tsunamis in the media, especially after what happened in the Indian Ocean in 2004, and more recently in Japan in 2011, with the tsunami that also caused the accident at the Fukushima nuclear power plant. Generally speaking, we know that tsunamis are caused by sea earthquakes. But how? We also know that they are dangerous only when they approach the coast: so why are they harmless in the open sea? And what happens to them near the coast that makes them so destructive? In this article we will answer these questions.

How Tsunamis are Formed

A tsunami is a wave that spreads in the sea and is caused by an underwater earthquake, a landslide, a volcanic eruption or the fall of a meteorite. As the first cause is the most frequent one, we will focus on unravelling underwater earthquakes. The vast majority of earthquakes occur in faults. These are fractures in the earth’s crust that accumulate tension, which is released in the earthquake: something like stretching an elastic band until it escapes us.

What happens is that the two portions of the earth’s crust separate, where one side slips over to the other side. That slide can be completely vertical, which literally means the fall of one of the sides of the fault, totally horizontal or somewhere in between. In order for an underwater earthquake to cause a tsunami, the movement must have a vertical component; if it is totally horizontal it will not occur. The movement of the fault is so fast that the “step” that occurs on the ocean floor is instantly reflected on the surface of the sea, which deforms just like the bottom. We all know that a “step” in the water is not stable, the surface tends to recover horizontally. The higher water descends and vice versa, giving rise to a series of waves that propagate in all directions from the site of the earthquake: the tsunami. 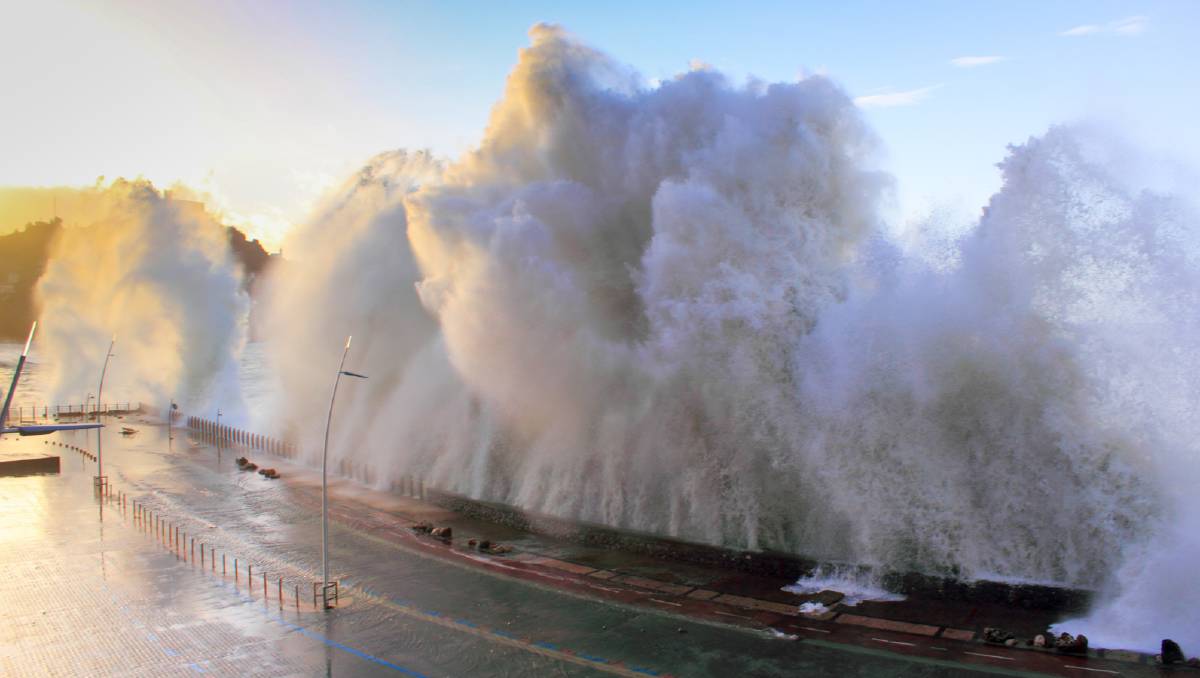 How Does a Tsunami Spread?

A characteristic of tsunamis is that their wavelength – the distance between two consecutive waves – is typically between 10 to 100 km when generated. This is much deeper than the sea, so they are considered “long waves”. As the height of the wave is a few meters, the slope of the wave is negligible – a few meters of unevenness in tens of km, makes the tsunami totally harmless. But one property of long waves is that the velocity of propagation grows as the square root of the depth, only depending on it. For example, if the depth is 4 km the wave moves at 700 km/h, the same speed as a jet plane. In short: the tsunami is harmless but moves at great speed, crossing an ocean in a few hours.

When the tsunami approaches the coast, its speed decreases as mentioned above, because the depth decreases. If for example the depth drops to 30 meters, the speed of the wave will be only 60 km / h. For conservation of energy, if the speed of the wave decreases, its height increases. We can also imagine that water accumulates when braking, increasing the height of the wave. The wavelength also decreases, so the slope of the wave – more height at less distance – grows threateningly. The wave can break if the slope exceeds a limit. If the coast has a very gentle slope, the tsunami manifests itself as a “rapid tide”, in which the sea level rises very rapidly: less than 10 minutes. Sometimes, if the slope of the wave is too steep, the tsunami behaves like a “wall of water” that advances at an angle of about 45 degrees to the ground. It is the most destructive but least likely case.

We hope that the information in this article has answered some of the questions you may have had about these marine phenomena. Share your views in the comments below.