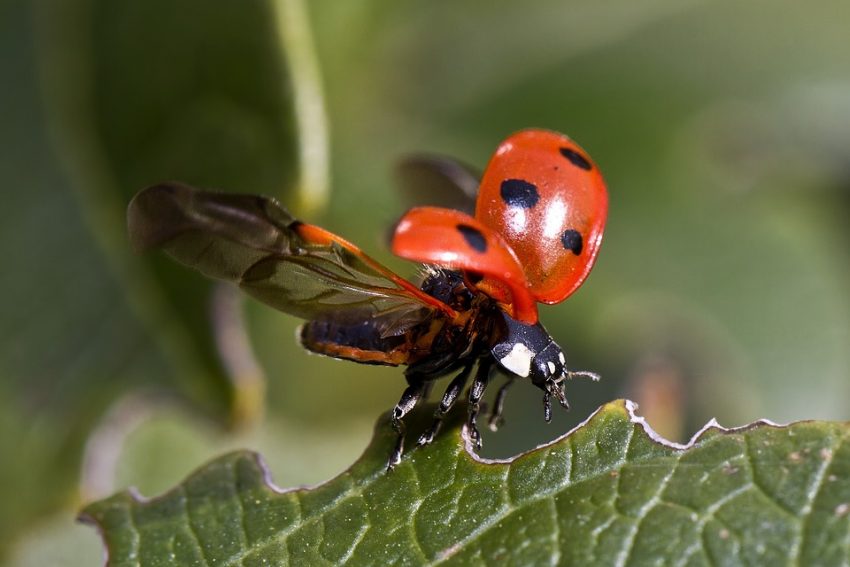 When you think of ladybugs, do you think of insects with black heads, red backs, and distinctive black spots? While many species have different colors and shapes, it is undoubtedly one of the most colorful insects. They are also popular among farmers. Why? Read on to find out!

Ladybugs are members of the beetle family. This means that they are actually beetles that are closely related to other insects such as weevils, stag beetles, and even fireflies.

As mentioned above, everyone thinks of ladybugs as round, red creatures with black spots. We also told you that there are many different types of ladybugs, including orange and yellow, with different dot patterns. The dots are usually black.

The bright colors of these beetles are mainly to let predators know they are not tasty. In fact, lady beetles are rarely bothered by external enemies. However, there are some large birds and insects that prey on them. For example, swallows sometimes eat them. However, these creatures are so unpalatable that they rarely do so.

Ladybugs are invertebrate insects. They have no bones and are about 5 to 10 millimeters in size. They are diurnal animals and need daylight to migrate.

They hide at night, and during the winter months, they go into a state similar to hibernation in other organisms. In spring, they reappear.

Ladybugs are found everywhere on earth, especially in rural areas. They are easy to spot because they seldom hide. In fact, they often climb onto plants and hang from leaves.

The only thing ladybugs care about when choosing a plant is whether it has aphids. This is because that is what they feed on. If the plant has aphids, the critter will be on or near it.

Ladybugs can be found in many places, but mainly in fields, gardens, parks, and other places where they can catch food. They are attracted to brightly colored walls or green areas. They move to places where there are tasty critters.

Friendly beetles are independent animals. That is, they are solitary creatures that search for food alone throughout the day.

In terms of reproduction, ladybugs lay up to 400 eggs in each pouch, and the eggs hatch into larvae, usually in March and April.

The larvae begin feeding before they become adults, so they generally remain on the leaves of aphid-infested plants. The ladybug’s cycle lasts about two months, and hibernation is repeated in winter.

Ladybugs are very independent, but they gather in large groups when they hibernate. So, they gather in several and spend the winter together to protect themselves from the cold. Then, when they awaken in early spring, they gather en masse, making it easy for them to mate and reproduce quickly.

Their lifespan varies by subfamily. On average, they live about a year, but some live as long as three years. Considering that they are tiny animals, this is a big deal. 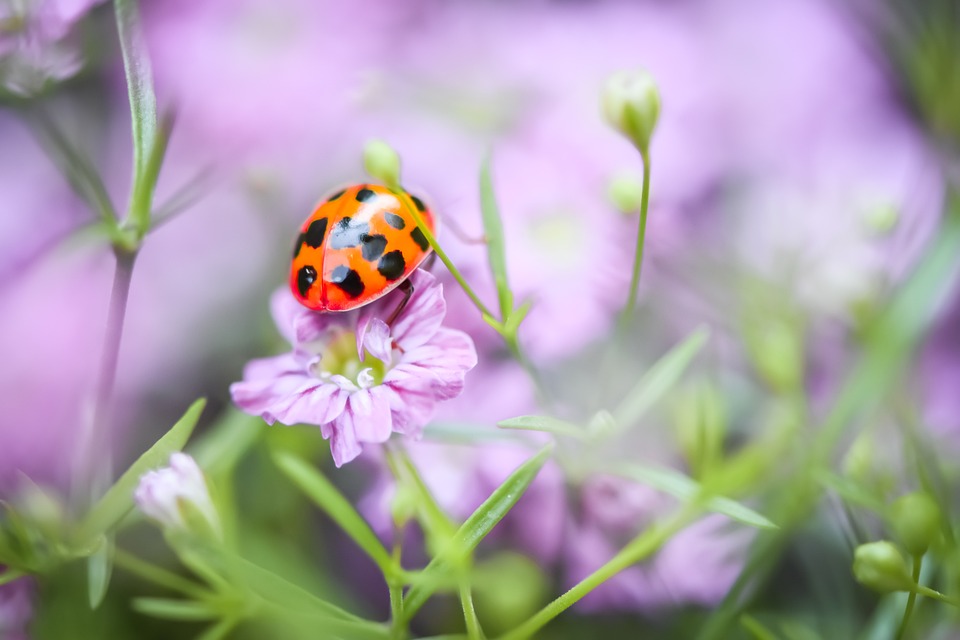 Why Do Farmers Love Ladybugs?

Ladybugs may be considered a “natural” insecticide because they eat aphids, not plants. In fact, they can eliminate harmful aphids, so gardeners do not have to use toxic chemicals.

One ladybug is said to eat as many as 1,000 insects in one summer, making it highly valuable as biological control. Simply put a few ladybugs in a heavily infested crop with aphids and let them eat.

Ladybugs are also essential for maintaining ecological balance. For example, if aphids can be controlled, there is no need to spray crops with harmful chemicals. Aphids do not necessarily harm humans, but mainly other insects and the birds that eat them. Thus, ladybugs contribute to the security of the food chain.

Finally, some countries consider the ladybug a symbol of good luck. It is one of the most visible and valued insects. This may be because ladybugs are friendly insects that contribute to the ecological balance of the countryside.