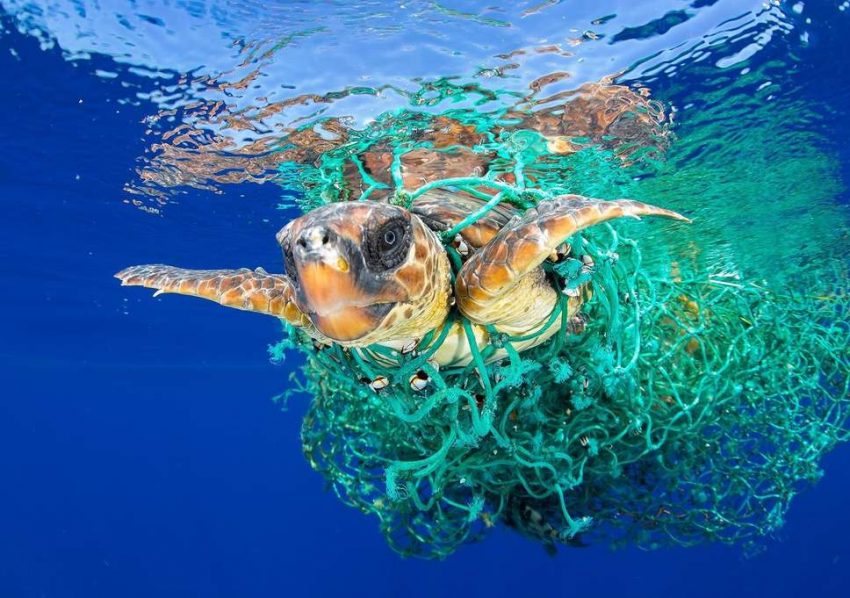 Imagine an island made up of plastic bottles, chemical sludge and other man-made trash floating as one big ugly creature! No, it’s not an apocalyptic scene from an avant garde movie. In the North Pacific Ocean, halfway between Hawaii and California, the accumulation of marine debris has created a vast plastic island that covers approximately 1.6 million square kilometers, roughly three times the size of France.

Apart from fish and marine mammals, seabirds are also injured and killed by plastic pollution. As per the latest research, up to 700 species could go extinct as a direct result of man-made actions in the form of plastic pollution. Current estimates suggest that at least 267 species worldwide have been affected, including 84% of sea turtle species, 44% of all seabird species and 43% of all marine mammal species. Plastic affect the marine population through ingestion, starvation, suffocation, infection, drowning and entanglement. 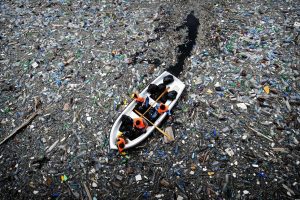 The problem of plastic pollution

Various types of plastic debris have been accumulating in the marine environment for more than 58 years now, resulting in huge masses of plastic floating throughout the oceans. According to environmentalists, there are 1 million pieces of plastic of varying size per square mile, with a further 8 million tonnes of plastic entering the oceans per year. From food packaging and bottles to carrier bags and plastic bags, most of the debris are single-use plastics.

The real culprits are microplastics and nurdles

Apart from large pieces of plastic, other items like household and cosmetic products are also causing havoc in the marine environment. These man-made products are laced with microplastics designed to scrub and clean, and as they are too small, they are difficult to be caught by water filtration systems. Microplastics infiltrate water every time we brush our teeth or scrub our faces with products containing them.

As for nurdles, they are lentil sized pieces of plastics coming off of manufacturing products. Due to mishandling or accidental spills, these can end up in the sea and ingested by ocean wildlife and accumulate up the food chain, even reaching humans. It is also hypothesised that these smaller pieces of plastic can attract toxic chemicals released by industry and agriculture decades ago, the concentration of which also increases up the food chain. 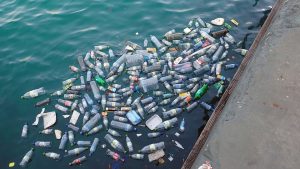 Plastic is cheap, versatile but dangerous

Although cheap and versatile, plastic has become a dangerous environmental problem. Sadly, humans have designed a material to last forever, but for products designed to last minutes. According to the World Economic Forum, “there will be more plastic than fish in the ocean by 2050.”