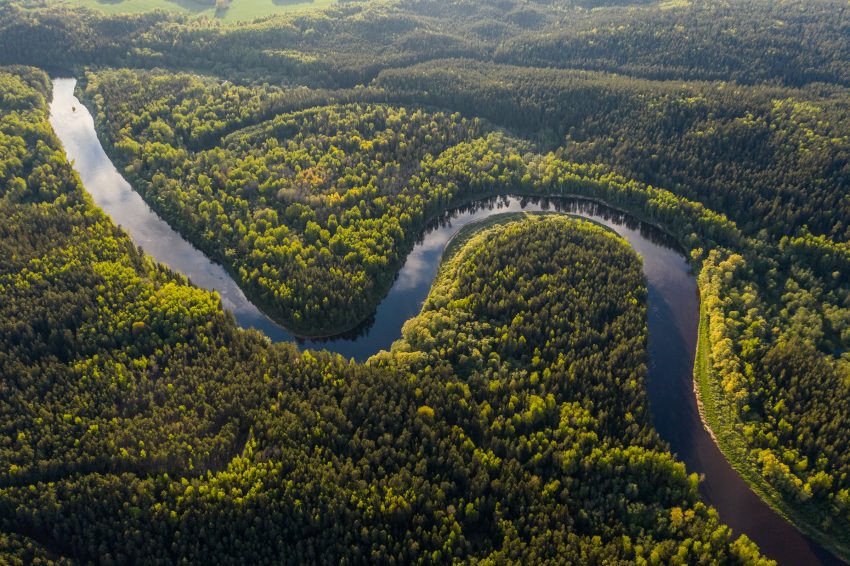 Most of us see the Amazon rainforest for merely what it is, the lung of mother Earth, but it is so much more than that. A treasure of biodiversity, it is threatened by deforestation due mainly to agriculture, livestock, and mining activities and is currently prey to forest fires. So, without further ado, let’s dive into this blog and learn some of the things you need to know about the Amazon rainforest; aside from that, it is the world’s largest rainforest. 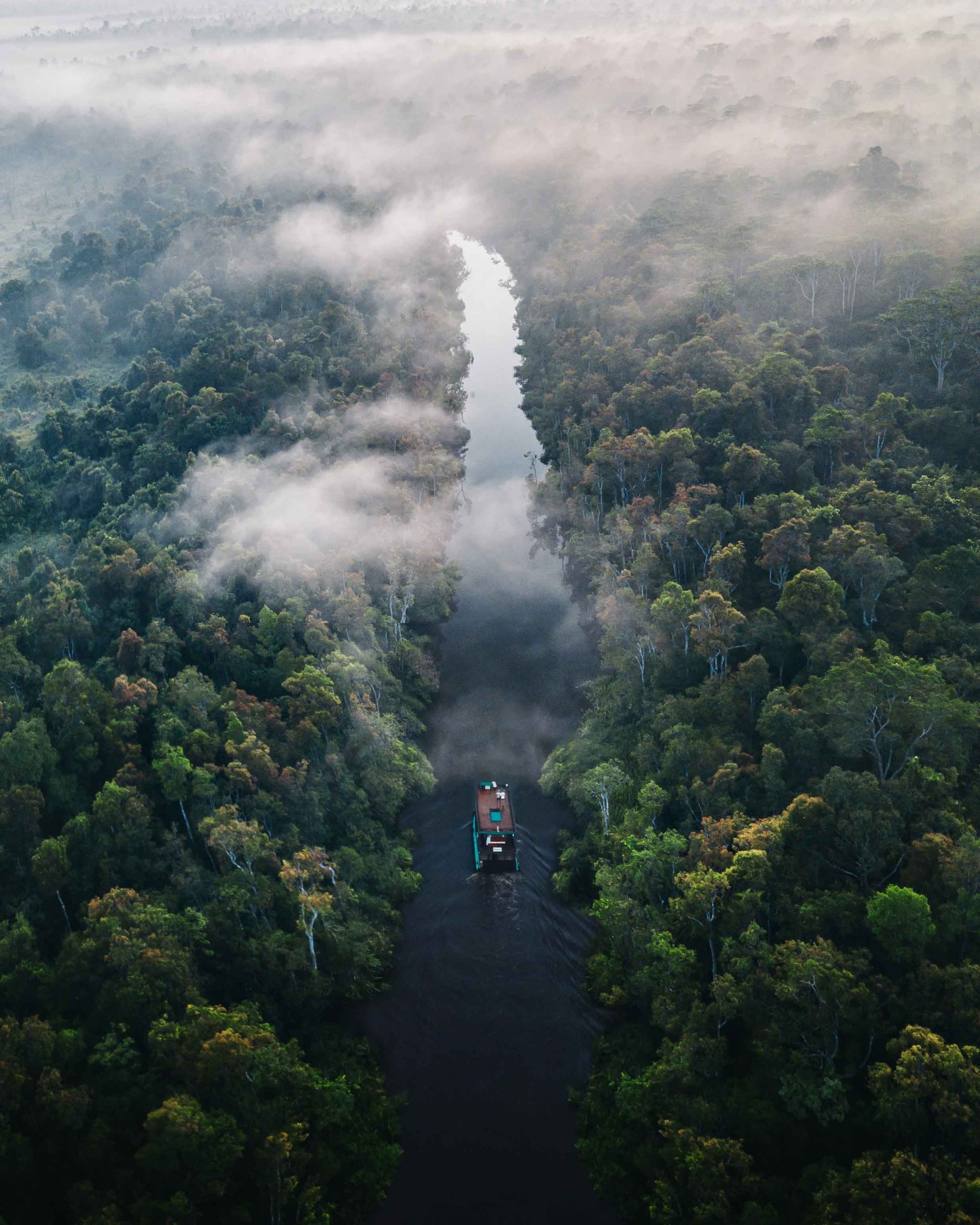 The Amazon basin (7.4 million km2) occupies nearly 40% of the surface area of South America and is spread over 9 countries: Brazil, Bolivia, Peru, Ecuador, Colombia, Venezuela, Guyana, Surinam, and Guyana (France). About 60% of its surface is located in Brazil.

The forest, of which 2.1 million km2 are protected areas, is home to unique biodiversity in the world: a quarter of the world’s species are present there, some 30,000 species of plants, 2,500 fish, 1,500 birds, 500 mammals, 550 reptiles and 2.5 million insects, according to the Organization of the Amazon Cooperation Treaty (OTCA). Since 1999, more than 2,200 species of plants and animals have been discovered there.

The Amazon also concentrates one-third of the primary forests of the planet and, thanks to the Amazon River and its tributaries, 20% of the unfrozen fresh water. The Amazon is the largest river in the world in terms of flow and the longest (6,900 km).

As a carbon sink, the forest absorbs more CO2 than it releases: it stores 90 to 140 billion tons of CO2, which helps regulate global warming, according to the World Wildlife Fund (WWF). But this capacity to absorb CO2 is falling due to deforestation. 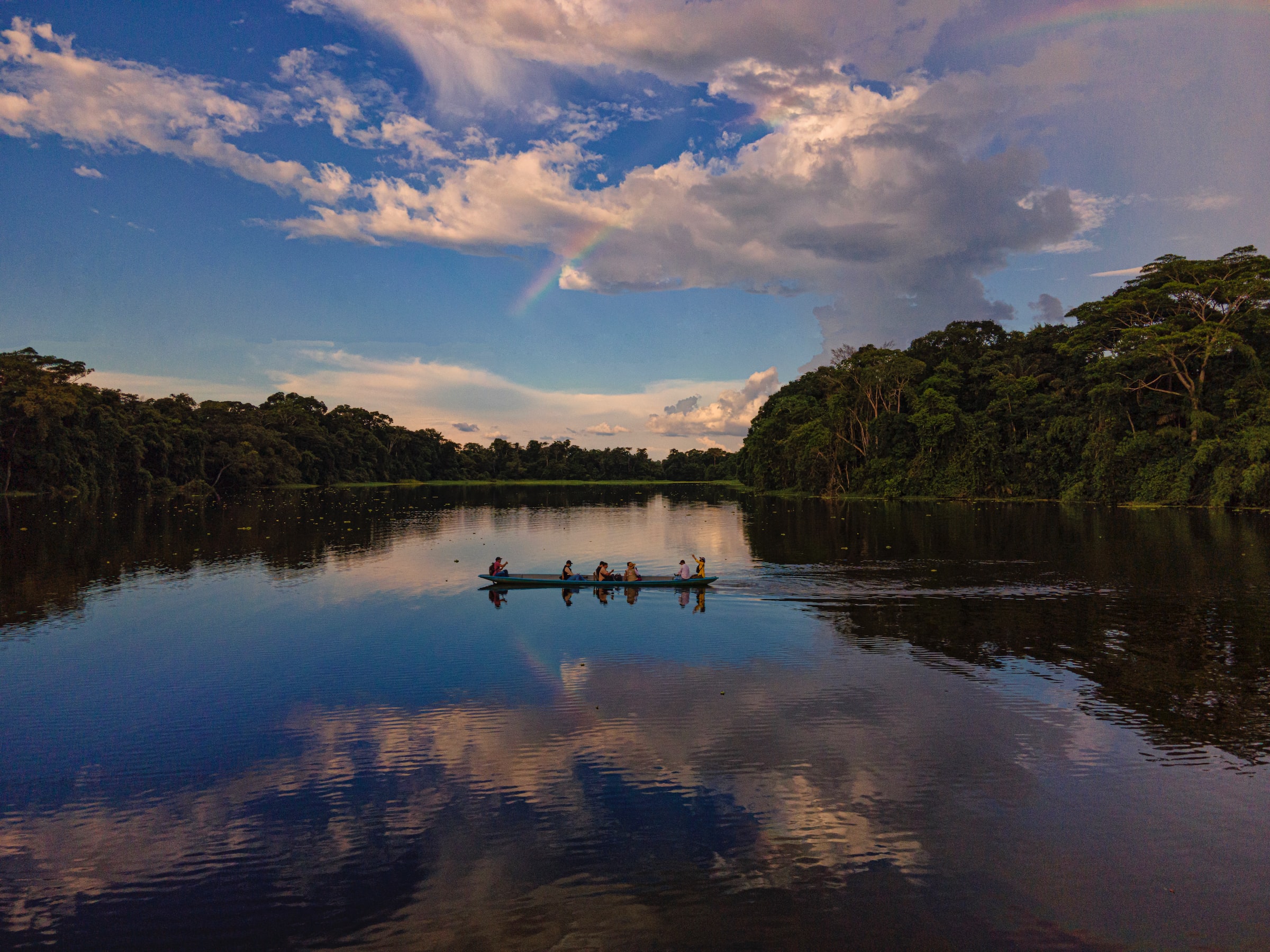 The Amazon, which has been inhabited for at least 11,000 years, is now home to 34 million people, two-thirds of whom are urban dwellers. Nearly 3 million Native Americans form some 420 tribes, according to the OTCA. About 60 of them live in total isolation. The Amazonian Native Americans speak 86 languages and 650 dialects.

The largest Amazonian tribe is the Tikuna, with 40,000 members living in Brazil, Peru, and Colombia, according to the NGO Survival International. The Brazilian Indian chief of the Kayapo tribe Raoni Metuktire is the leading figure in the fight against deforestation in the Amazon. He has been traveling around the world since 1989 for the preservation of the forest and the indigenous peoples.

4. Manaus, “capital” of the Amazon

Manaus is the capital of the Brazilian state of Amazonas, the largest in the country (1.5 million km2). Founded by the Portuguese in 1669 on the banks of the Rio Negro, near its confluence with the Amazon, the city has 1.8 million inhabitants.

After a rapid rise at the end of the 19th century, thanks to the rubber trade, Manaus experienced a significant decline until the creation of a free trade zone in 1967. Today, it lives mainly in its industrial sector, which imports spare parts and exports finished products, especially electronic equipment. After São Paulo and Rio de Janeiro, it is the country’s third-largest industrial center.

Nearly 20% of the Amazonian forest has disappeared in 50 years, according to WWF. And the phenomenon is accelerating. In Brazil, led since January by the climate skeptic Jair Bolsonaro, deforestation in July was almost 4 times higher than in July 2018, according to the DETER system (real-time detection of deforestation) used by the National Institute of Space Research (INPE).

This public agency responsible for measuring deforestation in the Amazon reported 2,254 km3 of forest destroyed in Brazil last month, compared to 596.6 km3 in July 2018, an increase of 278%. The main causes of deforestation are agriculture (soybeans), livestock, construction of hydroelectric dams and road infrastructure, mining, forest fires, and timber trafficking.

Deforestation, along with land clearing, in turn, leads to forest fires, which have increased by more than 80% in some Amazon states, such as Mato Grosso (central-western), since the beginning of the year compared to the whole of 2018. The Amazon is home to many resources: gold, copper, tantalum, iron ore, nickel, and manganese.

The Amazon rainforest is home to such much biodiversity and people, and we need to start treating it as such. We can’t keep ravaging it for our own greed and need for modernization and civilization because it is already the land of Native Americans. Sound off in the comments section below, and tell us what you want to read next and if you want to read more about the Amazon rainforest.