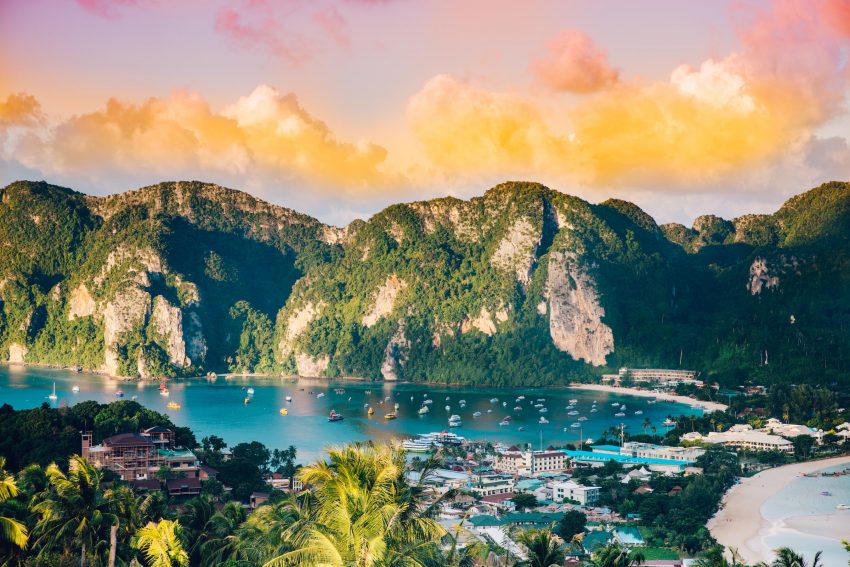 Thailand is an exotic country with a very rich and varied fauna and flora. Most animals are harmless, but there are some species that are dangerous to humans, and it is not necessarily the one you expect the most! Between tropical forests and exceptional sea beds, Thailand has an extraordinary fauna that makes animal lovers happy. But then, what are the emblematic animals of Thailand that you can observe during your stay? So, without further ado, let’s dive into this blog and learn some of the animals you need to see in Thailand. 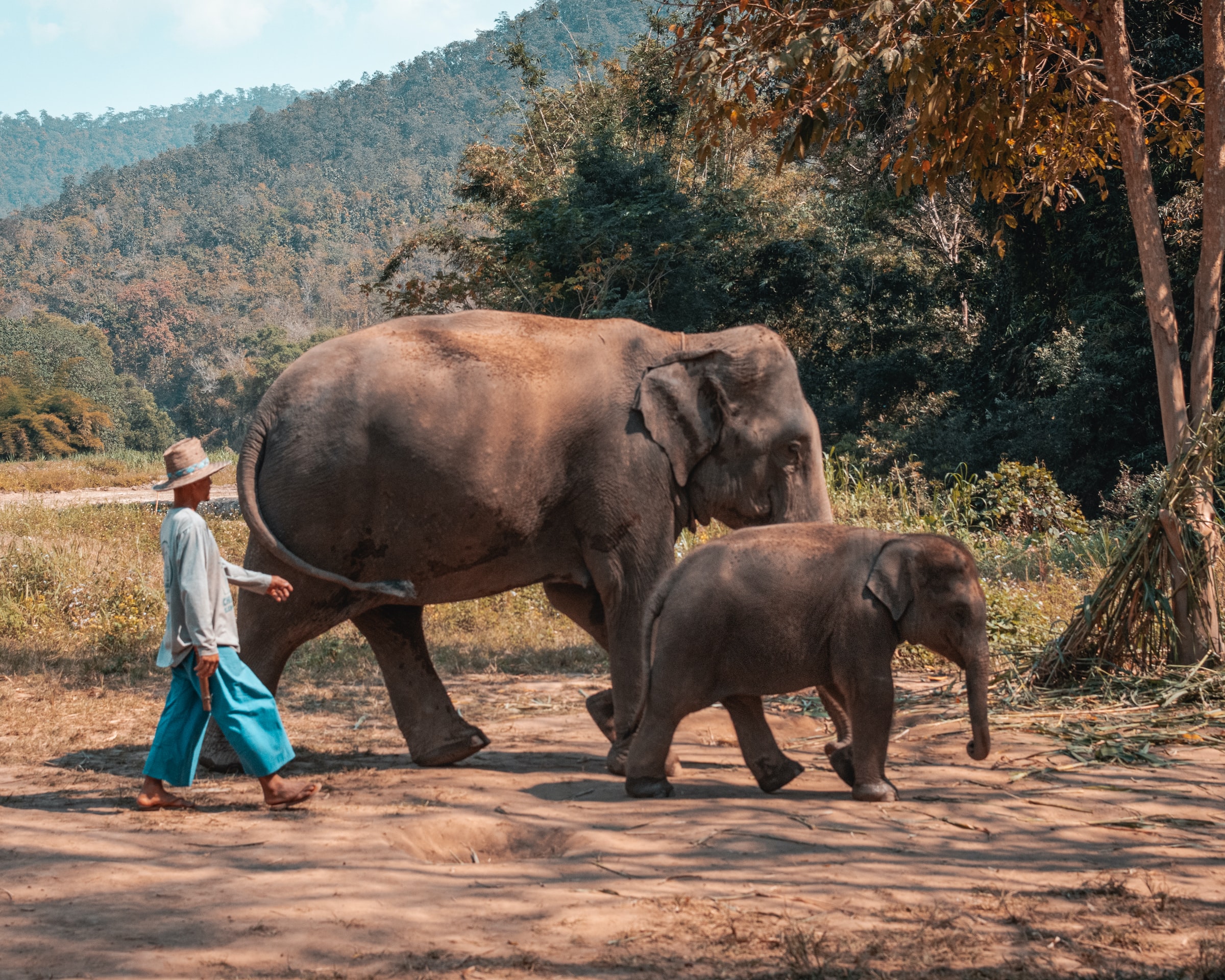 The elephant is probably the most impressive animal you can see in Thailand. Smaller than their African counterparts, Asian elephants are characterized by two humps on top of their heads and smaller ears. Once widely distributed throughout the country, the number of Asian elephants is now much lower across the country. Long used as draught animals in the forests, the pachyderms are also exploited and mistreated for tourism purposes (elephant rides, shows, etc.).

You can also get up close to elephants in sanctuaries and refuges. The latter’s mission is to save elephants used in the logging and tourism industry and to offer them a new peaceful life while raising awareness among the general public.

Thailand’s wildlife includes many monkeys, the most common being macaques, gibbons, and langurs. The latter are found in the wilderness and national parks (notably Khao Yai National Park and Khao Sok National Park), but it is not uncommon to come across them in the cities. This is the case in the famous city of Lopburi, which has become the “city of monkeys” because of the impressive number of crab-eating macaques (or long-tailed macaques) that have taken over the area.

While seeing monkeys in the street can be fun, it is highly recommended to keep your distance. Monkeys are wild and unpredictable animals that can defend themselves and bite if they feel in danger. Also, avoid feeding them because even if you think you are doing the right thing, it contributes to their aggression towards humans. In short, don’t try to approach or touch the monkeys you see in Thailand; just observe them from a distance. 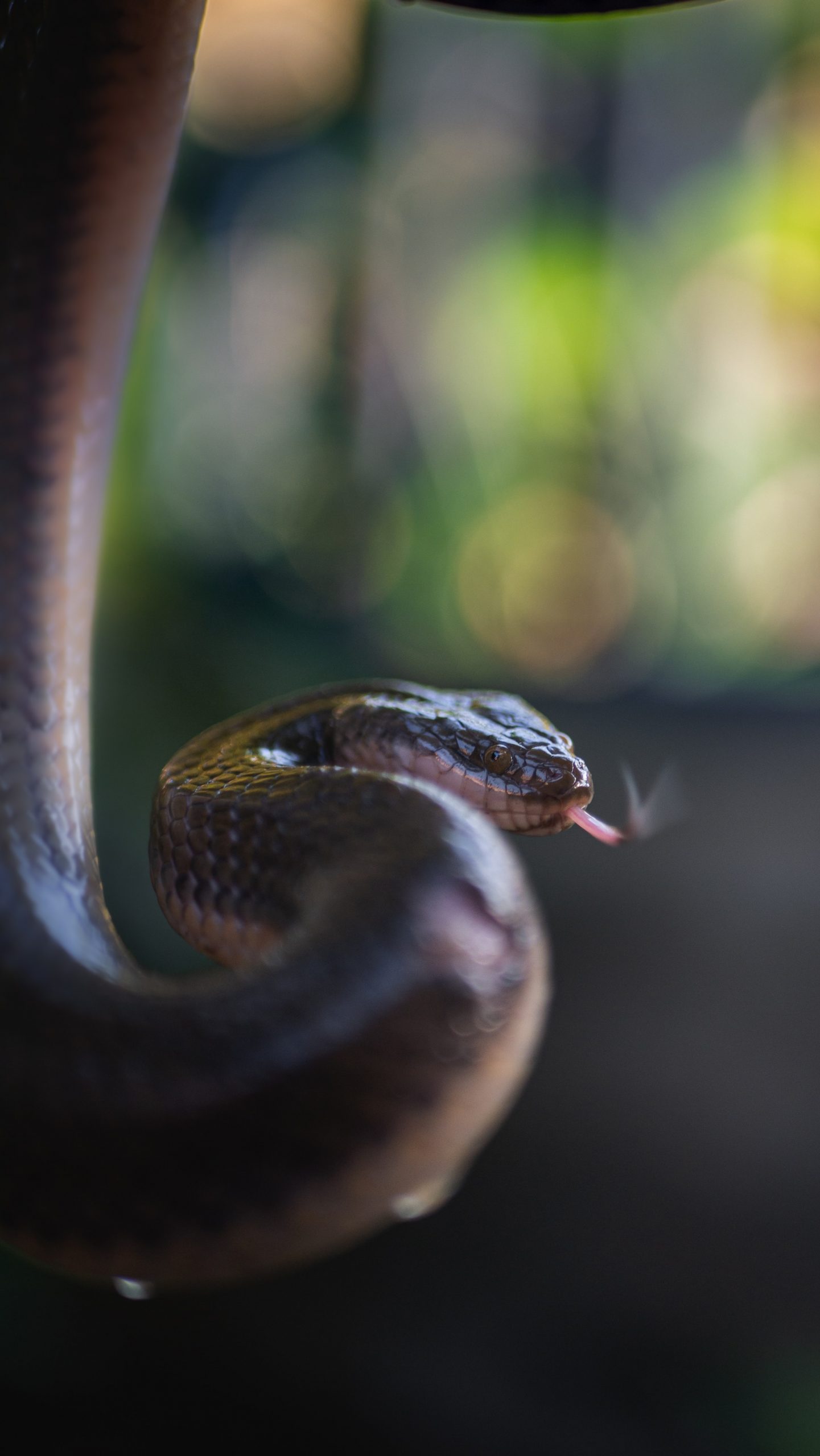 Thailand has many snakes, the most famous of which are cobras, vipers, sea snakes, pythons, water snakes, wolf snakes, tree snakes, whip snakes, and coral snakes… The latter are more present in the south of the country, but you can still come across them everywhere in the country, in rural areas, and in the city (especially during the monsoon season).

However, don’t panic; accidents and snake attacks are very rare in the country. It is even said that there are more victims of falling coconuts than snake bites. To put your mind at rest, snakes will flee as soon as they detect a human presence. However, be careful when trekking or walking in densely vegetated areas, and don’t hesitate to make noise to scare them away!

Another fascinating animal that can be seen in Thailand is the monitor. This large reptile can grow up to 3 meters long and weigh up to 60 kilos. It is a semi-aquatic animal that is equally at home in the water and on land. It is therefore found near water in rural areas and the city, particularly in Bangkok, where it can be found in the city’s many parks or along the Chao Phraya River.

With its small dinosaur-like appearance, it can be impressive. However, it is a harmless animal that almost never attacks humans. However, you should be careful because it can defend itself if it feels in danger and has no means of escape. Not only can the bite be painful, but it can also lead to infections because of the many bacteria it contains.

After the terrestrial fauna, let’s move on to the aquatic fauna of Thailand. From the Andaman Sea to the Gulf of Thailand, Thailand’s seabed boasts an extraordinary variety of species. During a snorkeling or scuba diving trip, you will discover many colorful corals, nudibranchs, thousands of tropical fish (clownfish, parrotfish, giant groupers, barracudas, platax, jacks, triggerfish, moray eels), and larger specimens such as whale sharks, reef sharks, manta rays or sea turtles. To admire the aquatic fauna, here are the best diving and snorkeling spots in Thailand: