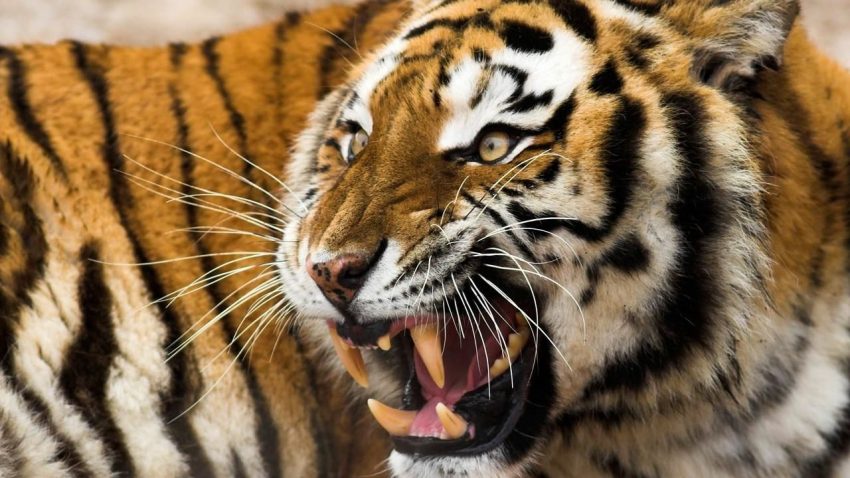 Predation certainly sounds (and is) utterly brutal. There’s simply no way to sugarcoat the pursuit and killing of animals, except to say that it’s done for survival. Fearsome though they are, predators are actually an incredibly important part of the world’s ecosystem because they keep animal and plant populations from getting out of control, and thus riddled with disease.

Whether they hunt solo or in a pack, predators are equipped with some truly fearsome tools to help them get the job done. Some, such as birds of prey, sport incredibly sharp vision capabilities, whereas others rely almost exclusively on their sense of smell to locate prey. Don’t feel too sorry for their would-be victims, however. They have their own armoury of defence mechanisms to provide protection, including camouflage, speed and even poisonous skin.

Although all predators are terrifying in their own right, some inspire more fear than others, whether by their size, hunting skills or sheer cunning. So take a look at this list of the top 10 predators in the world to satisfy your curiosity from a safe distance. Trust us, you don’t want to come across one in person. The end result might not be pretty. 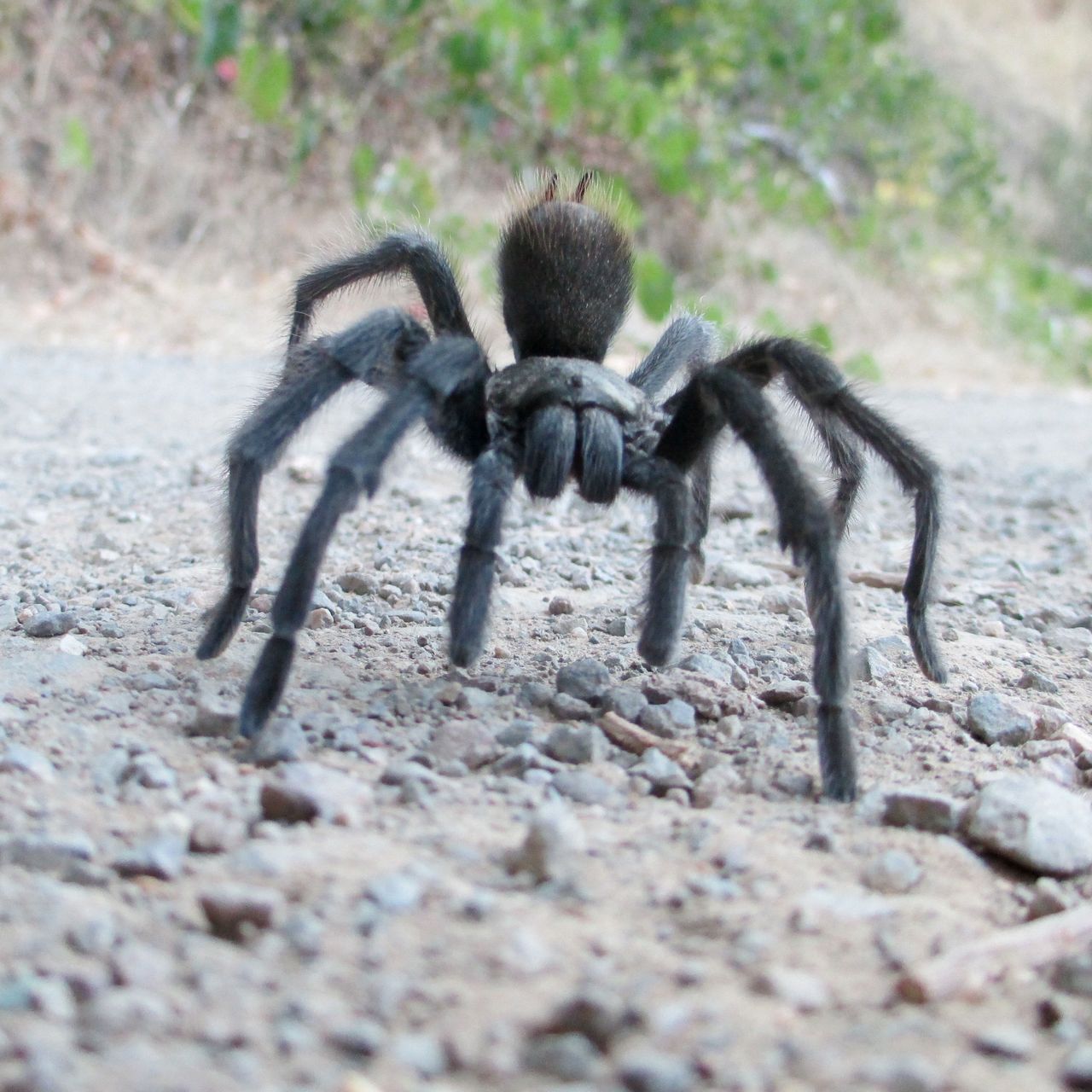 Tarantula spiders are among the most feared animals on the planet, and with good reason. Not only are they giants as spiders go (they can reach 5 inches in length with a 12-inch leg span), but they are such stealthy and skilled hunters. The typical hunting modus operandi for tarantulas is to be patient. They lie in wait for hapless passersby and then pounce without warning, quickly subduing the prey and crushing them with their large fangs. In an especially upsetting twist, they then shower their victim’s body with digestive juices and lap up the resulting fluid. 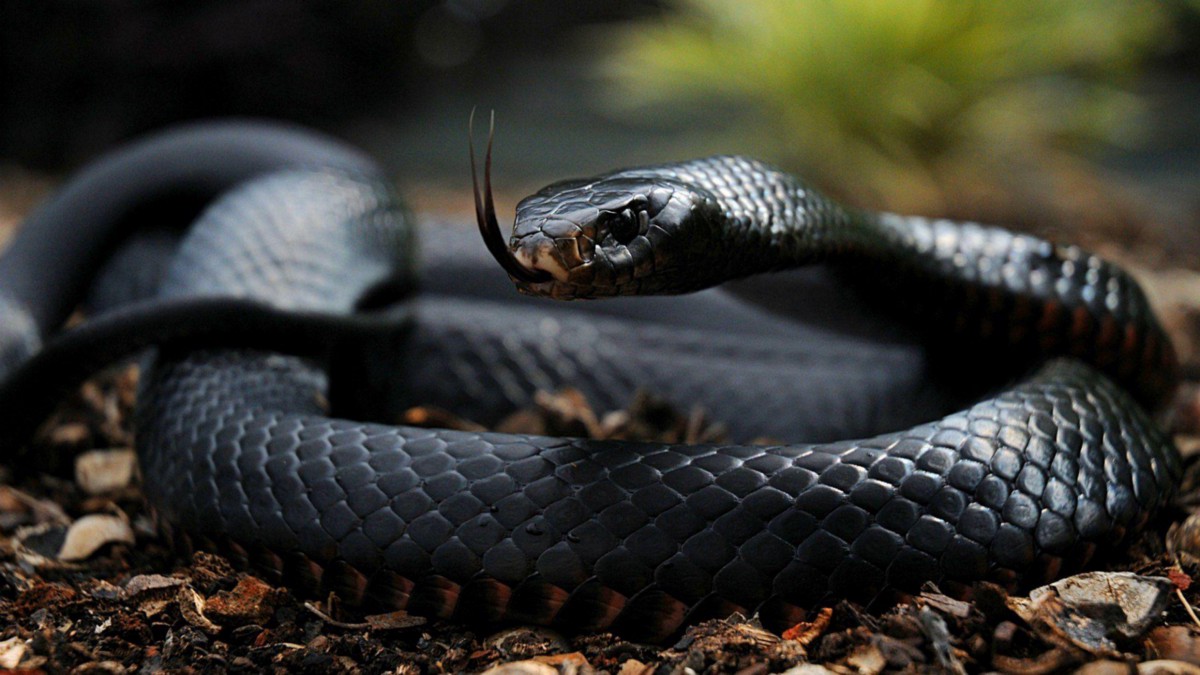 Africa is home to some pretty intimidating predators, but the most fearsome animal may well be the black mamba, the giant venomous snake found throughout the southeastern portion of the continent. Averaging a spine-chilling 8.2 feet in length, the mamba gets its name from the black skin on the inside of its mouth, which the mamba displays just before it strikes. These animals are usually quite shy but can be extremely aggressive (and thus terrifying) when confronted. When they do attack, they tend to strike their victims repeatedly, releasing a lethal mix of neurotoxin and cardiotoxin. In the past, a bite from a black mamba was 100 percent fatal. Now, that figure is decreasing due to the use of anti-venom throughout the continent. Still, best to avoid these bad boys! 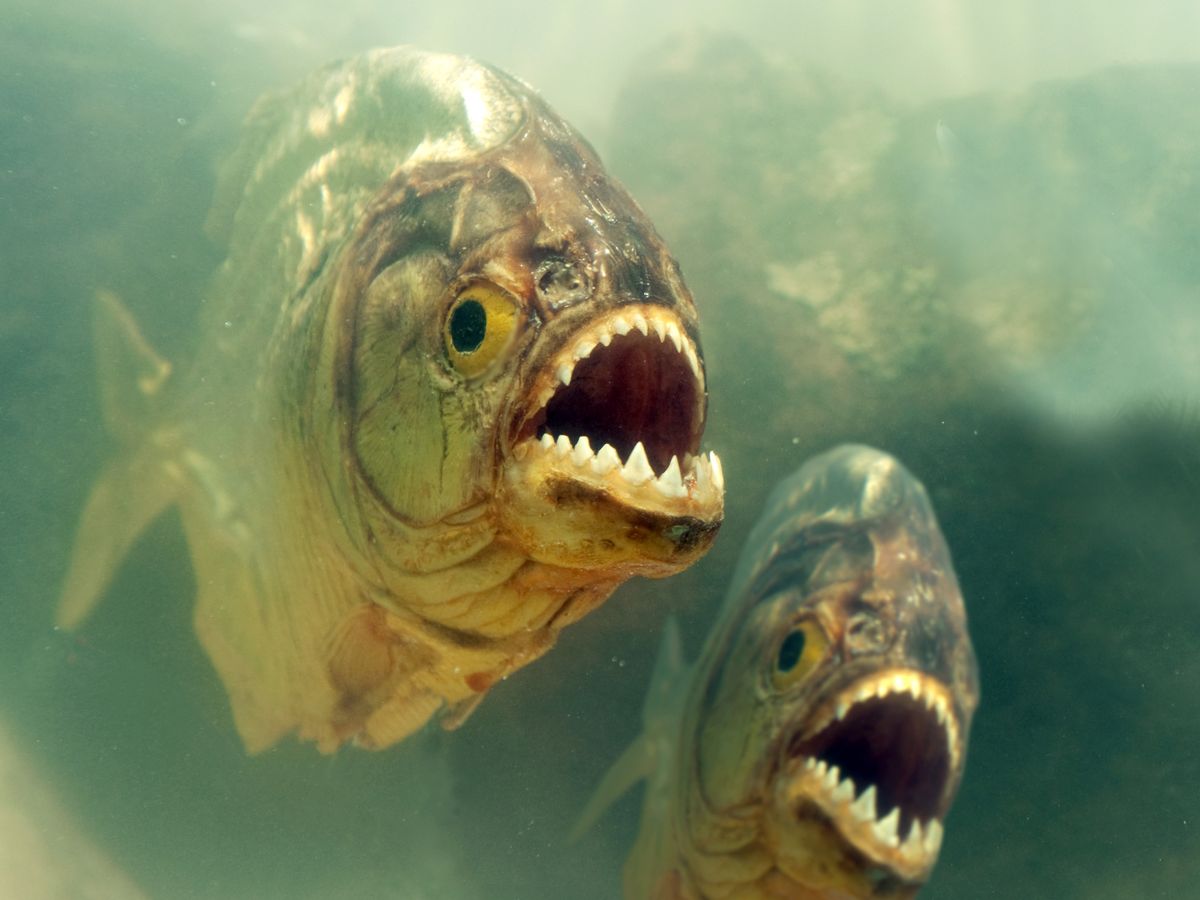 Of all the fish in all the world’s waters, the piranha may have the worst reputation. One look at this predator’s razor-sharp teeth and powerful jaws is enough to send chills up anyone’s spine. Although it’s known worldwide for its aggressive feeding behaviour, the piranha is only found throughout the fresh waters of South America. They typically feed at dawn and dusk, lurking in the water and waiting for a small animal to pass by. Then, without warning, they attack and devour their prey with impressive ferocity. Sometimes they even form terrifying hunting groups in order to take down much larger prey, including horses, capybaras or even humans. 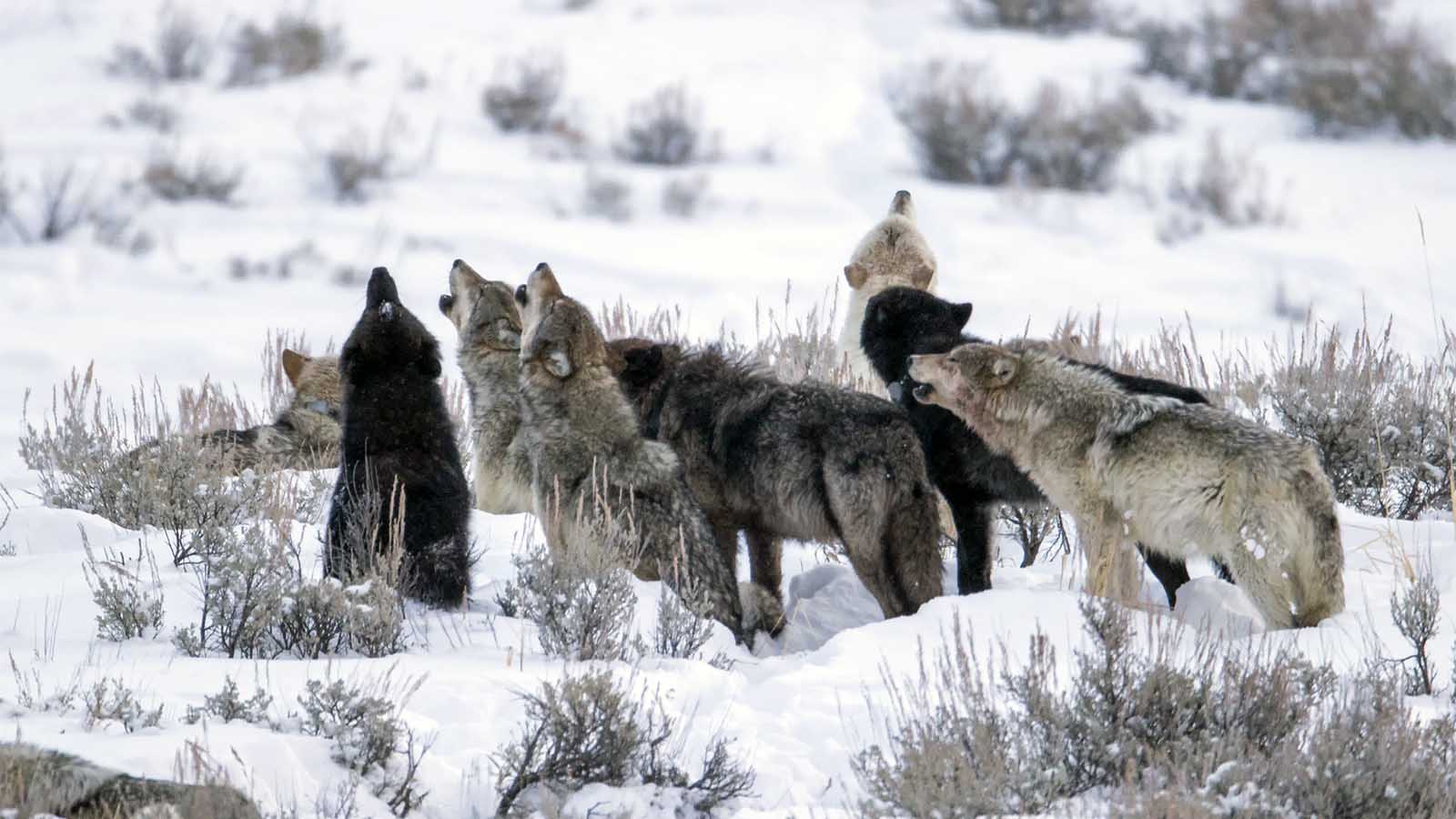 Most of the world’s top predators are strict loners, preferring to rely on their own individual prowess to bring down prey. But gray wolves run in a pack for a reason – their coordinated efforts make them one of the most successful (and deadly) animals on this list. A typical wolf attack begins with members of the pack working together to encourage their victims to run. Not only is a lone animal easier to bring down than one that is in a herd, but a running animal poses less of a threat than one that is poised to fight. Then, the alpha male takes over to lead the chase, with his alpha female close behind. Once their victim stumbles and falls to the ground, the pack surrounds the animal and goes in for the kill. 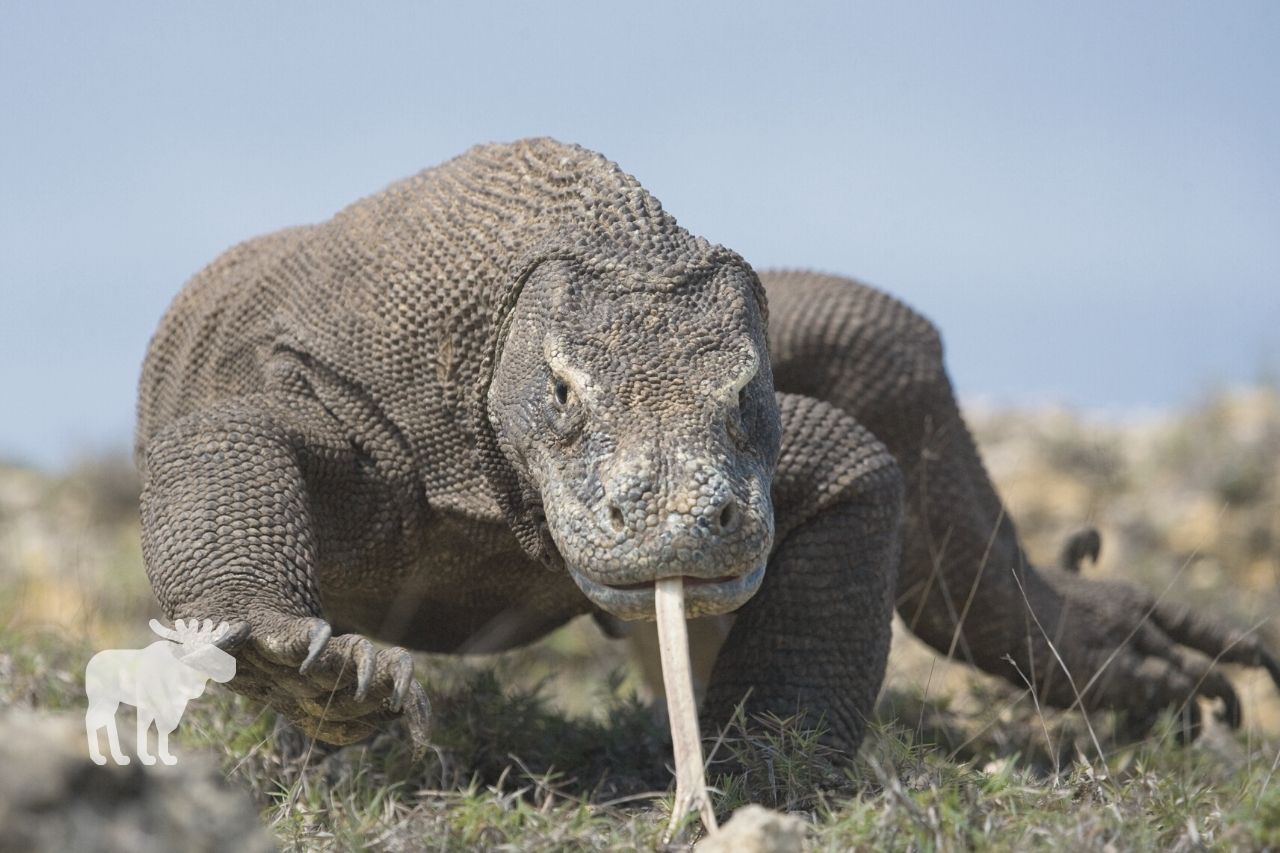 The largest of all lizards, the Komodo dragon is a mighty reptile that weighs up to 300 pounds and can reach a length of more than 10 feet. This animal takes our No. 6 spot for having multiple predatory advantages: speed, strength and the tenacity to bring down prey twice its size. They also have a toxic bite. In fact, any victim that temporarily survives a Komodo dragon attack is likely to succumb to their wounds soon after. Komodos mainly hunt by ambushing their prey, but they are also fast runners and exceptional swimmers, making them a deadly triple-threat. Once they’ve successfully nabbed their prey it’s time for a feast of epic proportions, as Komodos can devour up to half their own body weight in a single meal. 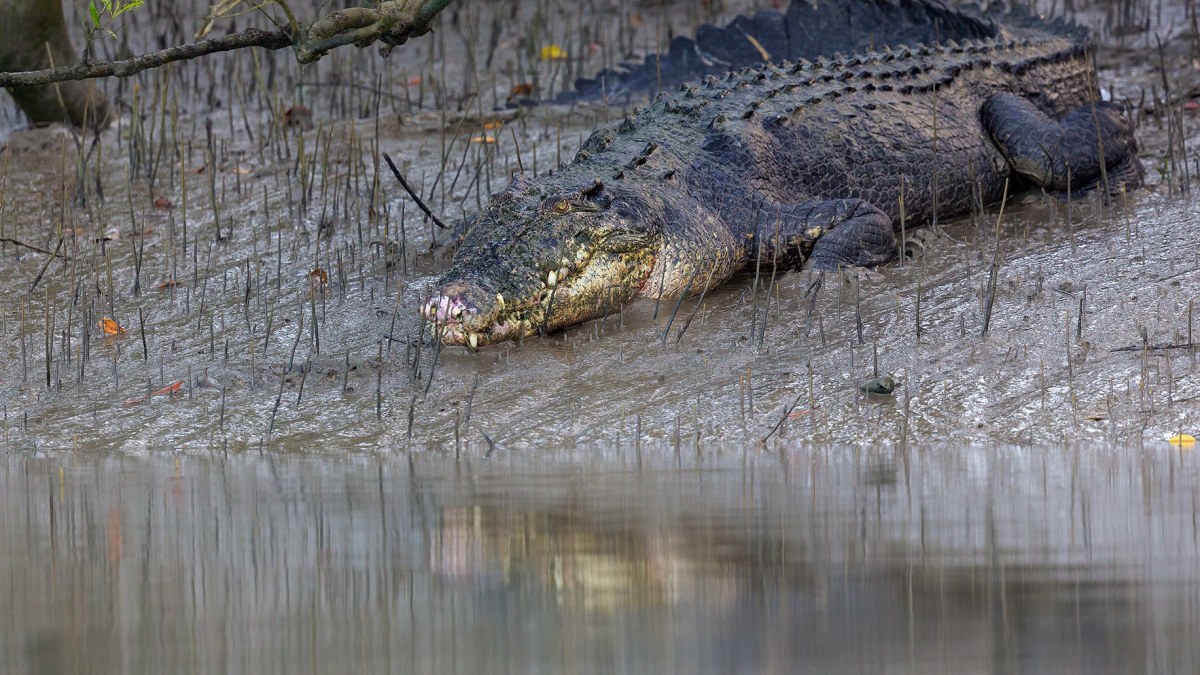 Crocodiles are the ultimate lurkers. Camouflaged by the surrounding environment, they lie in wait for potential victims who are unaware of the danger until it’s too late. This stealthy and extremely violent predator boasts long, powerful jaws and teeth, and preys on a variety of animals. Some species, such as the Nile crocodile, which can grow up to 20 feet long, can bring down exceptionally large prey, like zebras and buffalo. Its typical mode of attack is to wait at the water’s edge for an animal to come to drink and then drag the hapless creature underwater. They then spin the victim around forcefully and repeatedly in order to tear off chunks of flesh, causing fatal wounds. Known as the “death roll,” this experience is about as pleasant as it sounds. 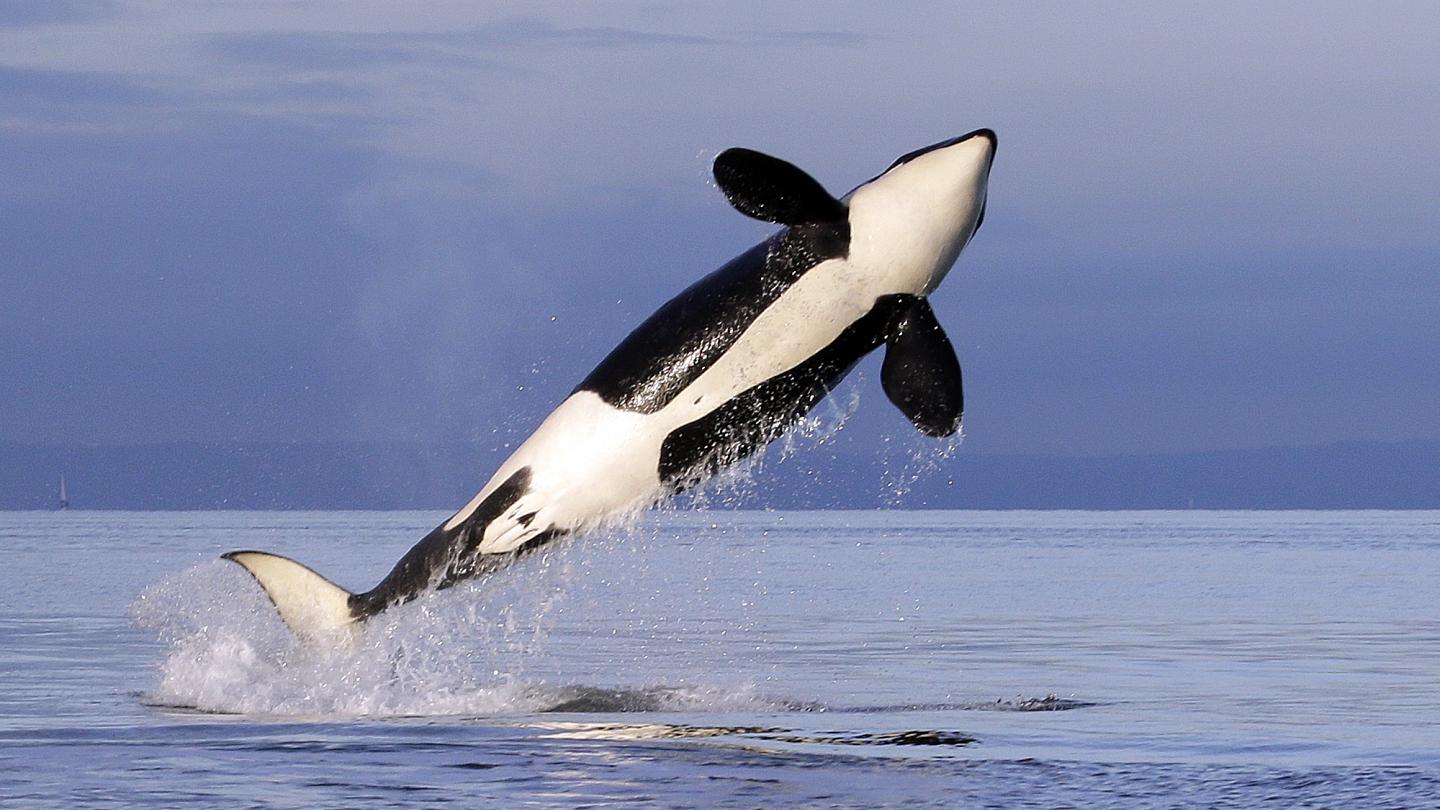 Orcas, better known as “killer whales,” are deadly predators, combining remarkable skill with awesome physical power. Indeed, orcas have a number of ingenious techniques in their hunting arsenal, giving them one of the most diverse diets of all aquatic predators. For example, they are fond of knocking seals and penguins from ice floes in order to seize them as they fall into the water. They have also been known to intentionally beach themselves in order to reach seals onshore. Highly social animals, killer whales tend to live in pods made up of dozens of individuals working cooperatively to snag prey. Some have even been known to successfully hunt and feed on great white sharks, which is just a whole new level of viciousness.

The grizzly bear, also known as the brown bear, is probably the most feared animal in North America. This powerful predatory genius can stand 7 feet tall and weigh more than 800 pounds. Its strong limbs and huge paws can easily kill a man in a single swipe, and its powerful crushing jaws allow it to feed on a variety of foods, including large mammals. Grizzlies are also strong swimmers and fast runners. Coming face to face with this animal in the wild can be a harrowing experience, but the best response is actually to stand tall and resist the urge to run. These animals have been clocked at more than 40 miles per hour, and running away from them can trigger their chase response. 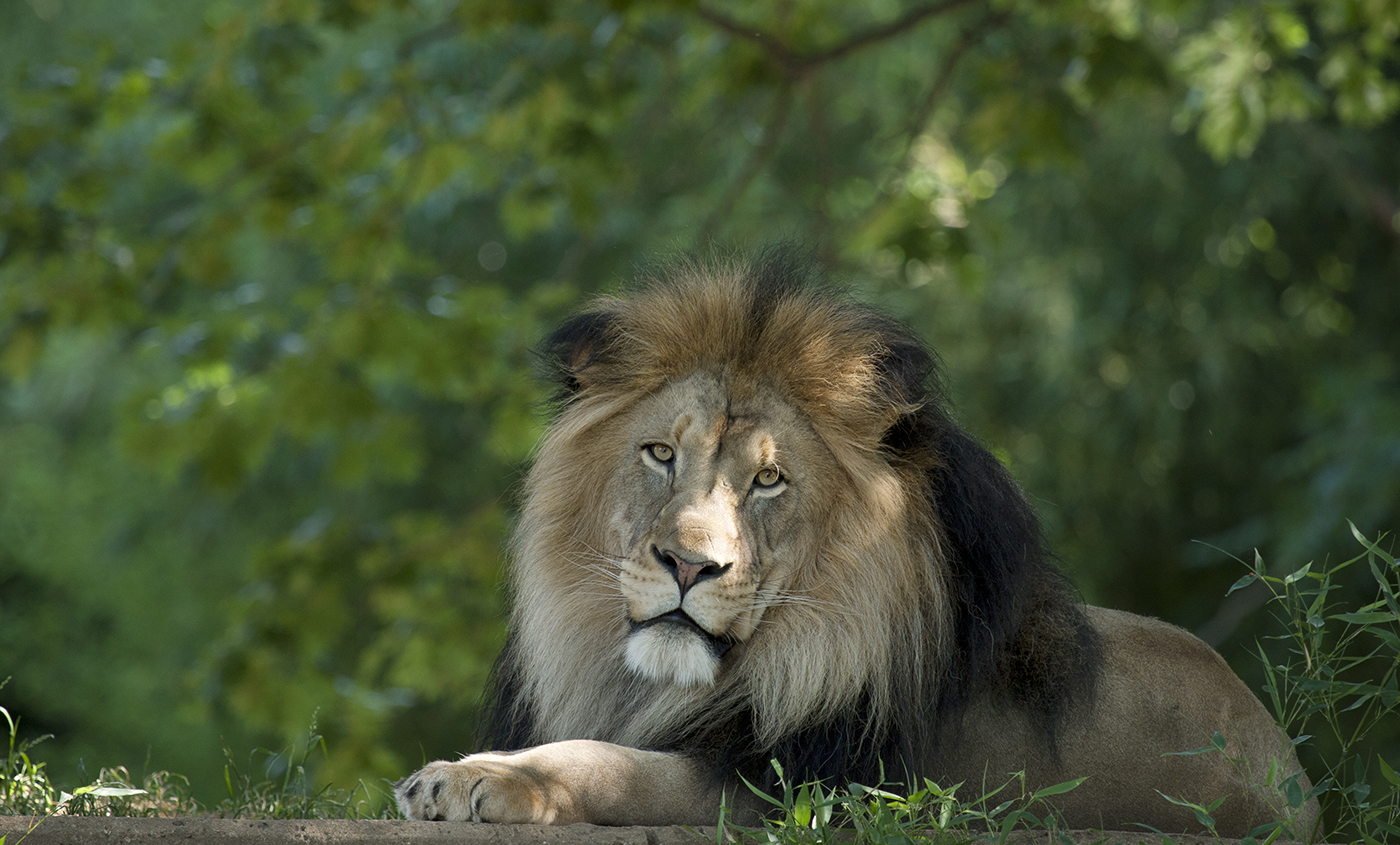 Fearsome, but regal in nature, lions hunt some of the largest prey on Earth, including buffalo and wildebeest. Like other pack animals, part of their terrific success as predators comes from the fact that they cooperate in their kills. Lions live in social groups called prides, and all members work together in the hunt. Young lions learn their place in the pride early in life by play-fighting, which teaches them the skills they’ll need for the hunt and determines what role they are most suited to perform. Although the big cat’s hunting success rate is only about one in five, those odds are still impressive when you consider that their prey species are massive creatures with plenty of fighting power of their own. 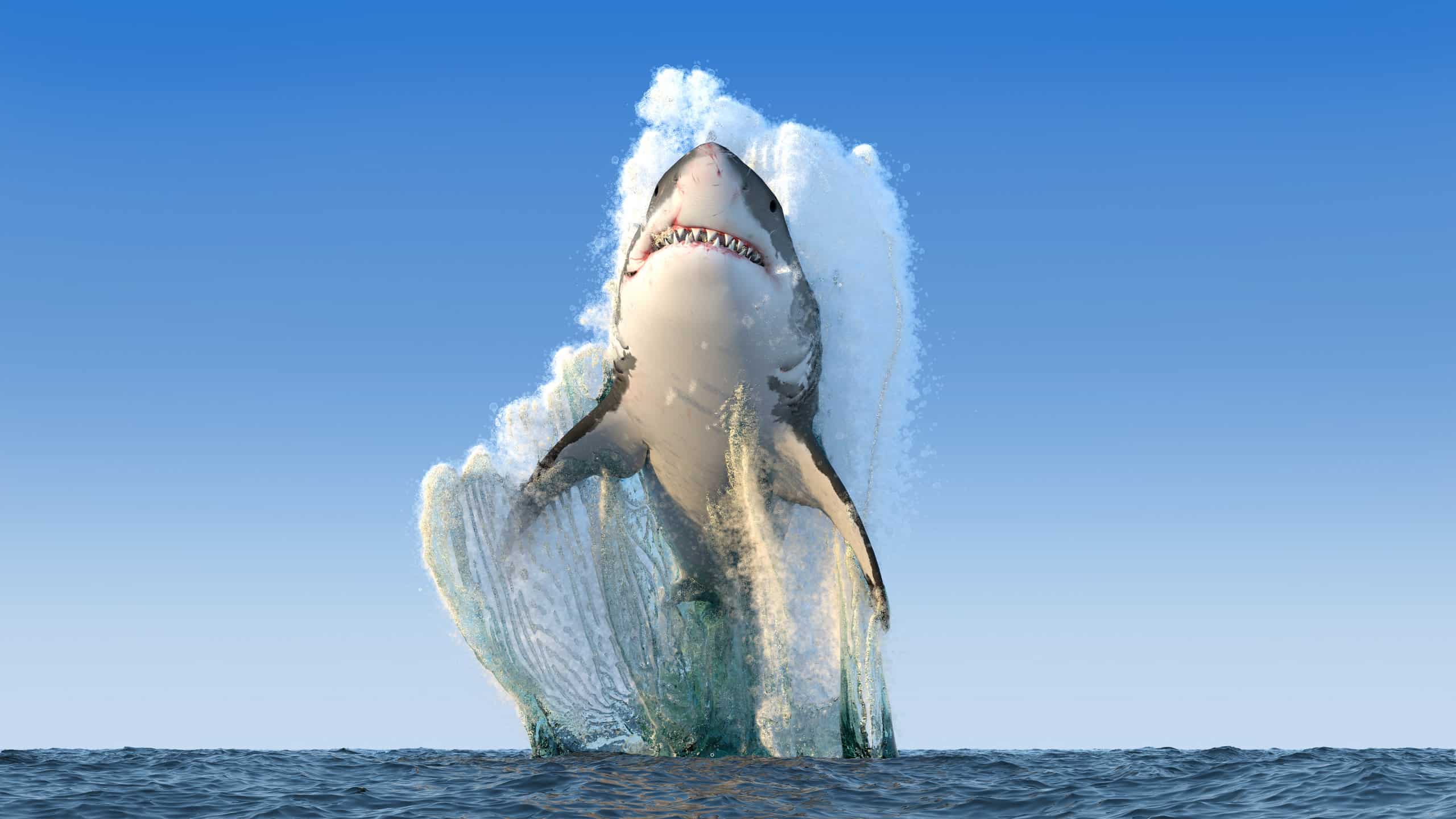 Any animal that has the misfortune of being preyed upon by the great white shark stands very little chance of surviving the attack. Its streamlined body makes it an insanely fast swimmer, capable of agile aquatic acrobatics. Its incredibly strong jaws feature multiple rows of sharp serrated teeth, each replaced as soon as one is lost. In fact, a single shark can go through more than 50,000 teeth in its lifetime. Great whites typically begin their attacks with a single punishing bite. The shark then waits for its victim to be weakened by the wound before it returns to eat, a technique that allows the menacing predator to feed in relative safety.