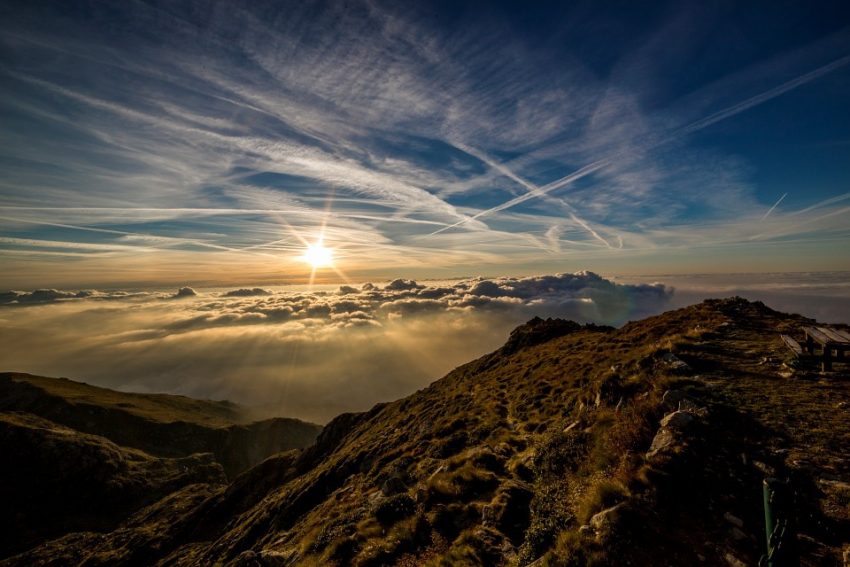 From periodical times to the present, the process of building and destroying mountains has been ongoing. Massive cordilleras, such as the far-flung Andes, may result from millions of years of sedimentary deposit and crustal buckling. The volcanic cone of Kilimanjaro, on the other hand, most likely formed abruptly, similar to the new volcano of Paricutin, Mexico, which formed in 1943. 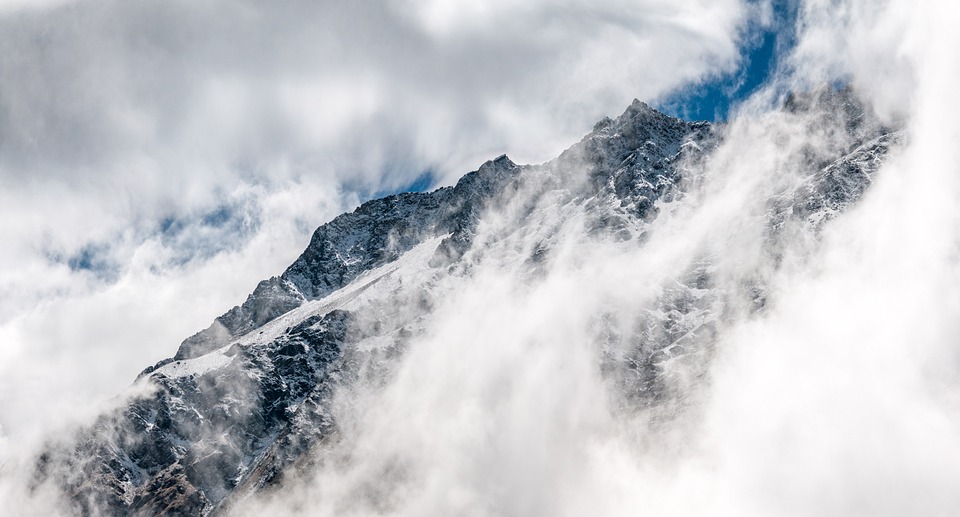 Fold mountains are composed primarily of bedded sedimentary rocks that often contain fossilized remains of sea animals and plants. After many fruitless attempts to explain these fossils in other ways, scientists have gradually come to accept them as proof of the origin of certain mountains (or of their remnants) from rocks formed under water. The mountains themselves need not have arisen from the depths of the sea, which may have vanished from the area before mountain building began in earnest.

Sediments may be regarded as the raw material of orogeny. They represent the rock fragments and soil weathered from already existing lands and mountains and carried by rivers into the sea, where they slowly accumulate layer upon layer. When several miles of sediments have gathered on top of each other in a mass hundreds of miles long, much of it already hardened into rock, the main mountain-making process starts, as described on the preceding page. It is intermittent at first, but finally reaches a grand climax of folding, faulting and upthrusting.

Where has all this sediment come? To answer this question, let us consider present-day erosion processes. By way of example, the Ganges and Brahmaputra rivers of India and the Mississippi River of America together contribute nearly a billion tons of sediment to the oceans in one year. Increase this figure by the additional amount of sediment transported by the other large rivers of the world and multiply it by hundreds of millions of years. You would then have some idea of the staggering quantities of sands and muds involved.

Since mountains, including those derived from former sedimentary deposits, are themselves an important source of such material, it is not surprising that the supply of sediment appears to be almost limitless. Even today, the rocks of the Appalachian region are estimated to be still several miles thick in places. The ultimate origin of this sedimentary rock is the apparently inexhaustible reservoir of the earth’s interior, which from time to time emits vast quantities of molten rock. The latter then solidifies and is later eroded.

Fold mountains themselves, however, do not give a real inkling of the tremendous masses of sediment that went into their creation. When sediments become rock, there is great shrinkage in their volume. Later these rocks are folded and compressed into a still smaller space. One must remember, also, that even existing mountains have undergone considerable erosion.

Geologists have attempted to reconstruct the original extent of the deposits making up some of the major mountain systems of the world. In extreme cases, the folding and faulting alone represent a “shortening” of the earth’s crust measurable in miles. Yet even today, we come upon ancient rocks that have scarcely been disturbed, proving that much sediment, including that derived from the same sources from which mountain-forming sediment came, have never been involved in orogenic processes. This reveals the superabundance of sediment available for geologic activities.

Not only have mountains originated from the bottom of vanished seas, but they have often been submerged long after their formation and then re-elevated. The record of their submergence may be read in the deposits that settled on them while they were under water. These later deposits may lie at various angles to the original bedding of the mountains, since they were formed on slopes and ridges.