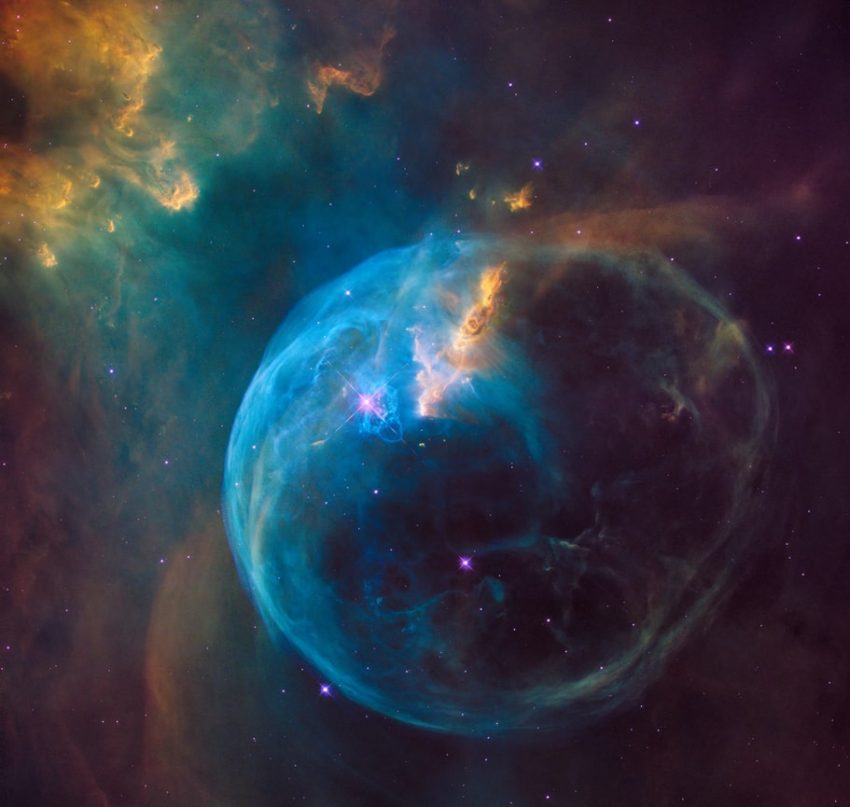 Kepler-452 is a star in the Cygnus constellation. This star resembles our Sun but is too dim to be seen from Earth without a telescope.

Kepler-452 is about 1800 light-years away, which means that it would currently take a spacecraft about 30 million years to travel there. At least one planet orbits the star: Kepler-452b and astronomers have wondered if it could harbour alien life.

Kepler-452b is sometimes called Earth’s “nephew” or “Earth 2.0”, and some astronomers have nicknamed it “Coruscant”; home of the Galactic Empire in the Star Wars films.

We don’t know if there is life on Kepler-452b, but we do know that it has some similarities to Earth. For example, Kepler-452b takes 385 Earth days to complete its orbit around its star, just over one Earth year.

Astronomers say the planet is in the “Goldilocks zone”, meaning the distance from the planet to its star is just right, so it is neither too hot nor too cold to harbour life. If you did not know, the same applies to the Earth in our solar system. Venus is too close while Mars is too far from the Sun, which means that on Venus, water would boil and on Mars, it would freeze.

But both Earth and Kepler-452b are at just the right distance from their stars to liquefy water at temperatures between 0°C and 100°C.

Astronomers have also succeeded in measuring the size of the planet Kepler-452b. This is possible because the planet, as seen from Earth, passes in front of its star once per orbit.

In doing so, the planet blocks a small part of the light from the star, making it slightly weaker for a few hours. By measuring the light attenuation, the scientists found that Kepler-452b is about one and a half times larger than Earth.

Though it is impossible to accurately calculate the mass of the planet, we can still make a good guess. If it is made of rock (like the Earth), then the mass of Kepler 452-b must be about five times that of the Earth.

This would mean that the gravitational pull on Kepler-452b is estimated to be about twice as strong as the Earth, so you would weigh two times as much there as here, making it almost impossible to jump on Kepler-452b.

Other things about Kepler-452b are still fuzzy, but if it is a planet the size of “super-Earth”, then it could have many active volcanoes, and it may also have a dense atmosphere with clouds covering most of its surface.

We don’t know what the planet’s atmosphere is made of, so we don’t know if you can breathe the air there. However, it is very unlikely that it has the same mixture of oxygen and nitrogen as the Earth’s atmosphere.

Kepler-452b may not look exactly like Earth, but it is probably the most Earth-like planet astronomers have found so far.

In 2026, there will be more studies carried out in space to discover more Earth-like planets. PLATO is likely to discover dozens of planets even more like Earth than Kepler-452b, and many of them will be much closer to us. Tell us in the comments what do you think about the researches that are being carried out by the NASA to find another Earth…