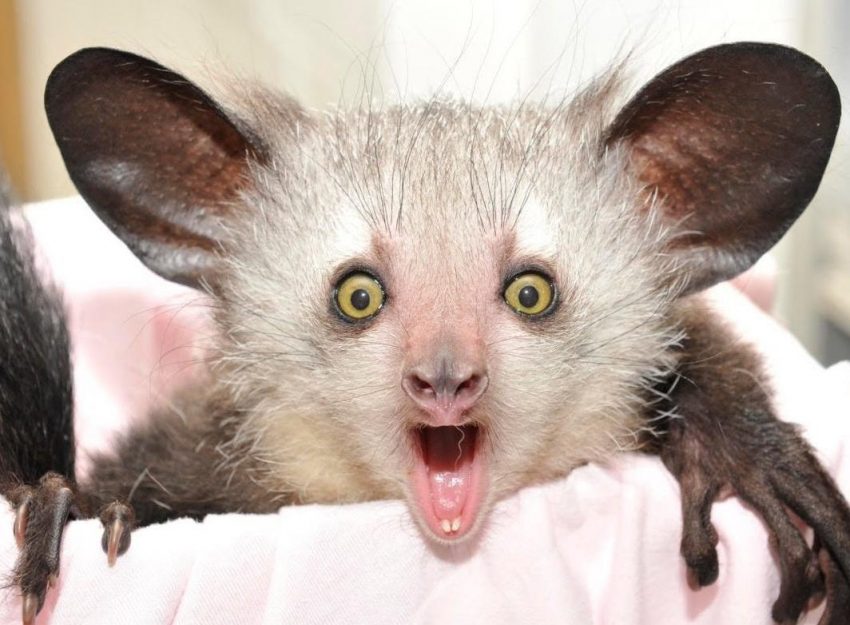 Whether it’s fish, monkeys, lizards, moles, or any other animals, Nature harbors an incredible assortment of species that seem to come straight out of a science fiction tale. Unfortunately, so many of these animals are on the brink of extinction and must be protected at any cost!

Below are some of the rarest creatures in the world, some so rare that we don’t even have their pictures – and we should do our part to save them.

The Star-nosed Molet lives in the eastern United States and Canada, always in very humid soil. It has 22 plump digging fingers and a highly sensitive nose. His appearance is not exactly charming, not that he is a Don Juan of the woods. Instead, it is reminiscent of the movie ‘Predator’ when he removes his mask as an alien, and Schwarzenegger says: “You are a beauty.” 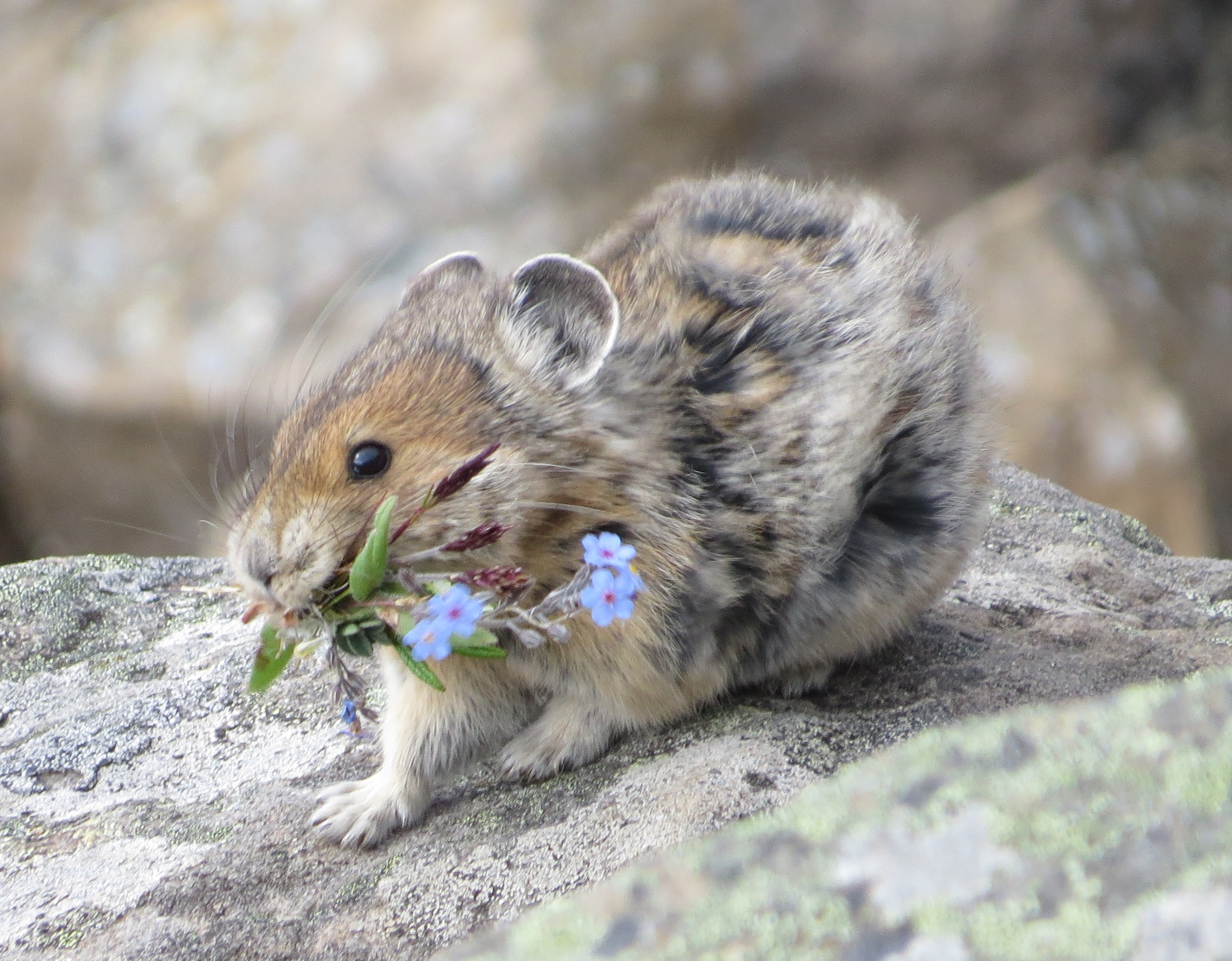 No, not Pikachu, but pika, or rather Ilia pika (Ochotona Iliensis), is a small mammal that lives in the Tianshan mountain range, discovered in 1983. Located in the remote Xinjiang region of China, these animals measure only 7–8 inches long and enjoy unwinding on sloping bare rocks. You can find the remaining 1,000 or so eating grass in the higher elevations. The amount of pika has decreased by 70% since 1983, mainly due to climate change that has forced them to climb and climb mountains.

The long-nosed monkey or Proboscis monkey is typical of Borneo, and, as you can see, its most significant feature is an extremely long and wide nose. Some experts attribute to this peculiar physiognomy that of being a sexual claim for their species’ females.

Also known as the Siberian leopard, the Amur leopard is one of the rarest leopard subspecies, currently only having around 50 specimens in the world. It is found in Primorye’s Russian region and some regions of China that border the Russian territory. Its threat of extinction is considered critical by the International Union for Conservation of Nature (IUCN). 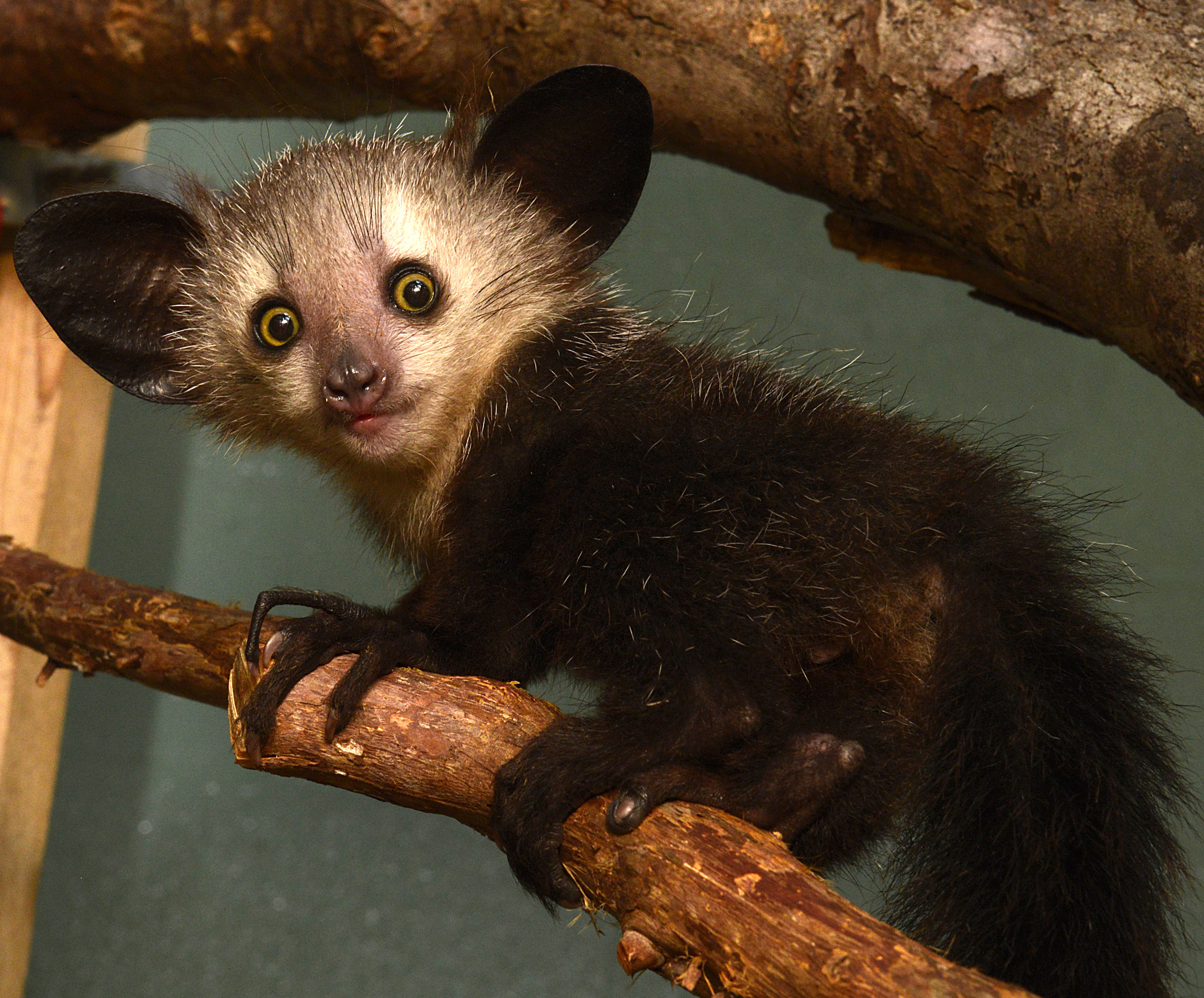 The Aye Aye, or Daubentonia madagascariensis, is a primate typical of Madagascar that belongs to the lemurs’ family. Currently, in danger of extinction, it has rodent teeth with which it gnaws the bark of trees, and long, beautiful fingers, with which it scavenges until it finds food. Do your activities at night. Looking at the photo, undoubtedly, some of you thought at first that it was a bat.

This Pink Armadillo is originally from Argentina and measures approximately 10 centimeters, making it the smallest of the armadillo family. It lives mainly in sandy and dry areas where shrubs abound, and, as its name suggests, its body is pale pink. 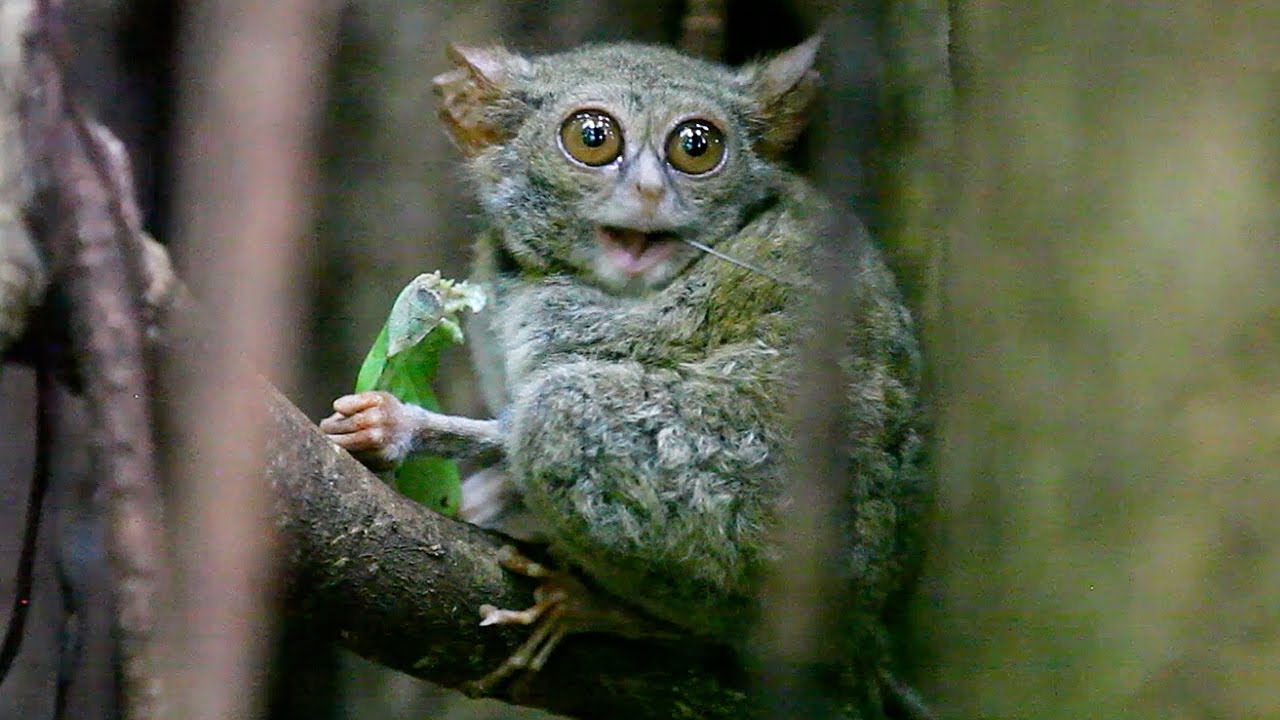 The Tarsius tarsier, or phantom tarsier, is a primate with large eyes and long fingers that lives in Indonesia. Their small size, fragile appearance, and sad expression awaken tenderness in those closely observing them. P.S – Don’t stare at the photo for too long, or you might be mesmerized.

The Uakarí is a primate that comes from the tropical forests of the Amazon in South America. These creatures live in groups and choose the most marshy areas for it. With thick hair covering their body, they have a bald head, which is very striking. This, coupled with their flushed face, makes them look as if they are sick. 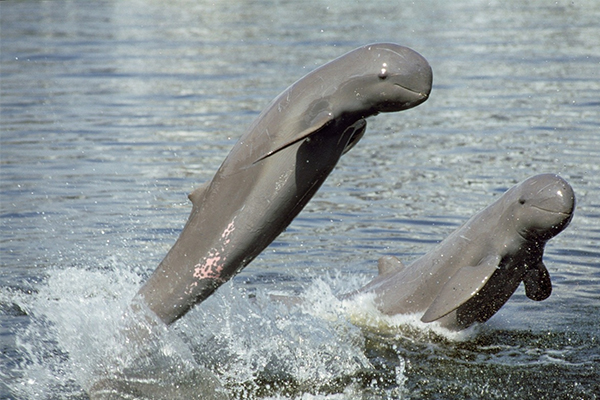 The Irrawaddy dolphin is an inquisitive looking dolphin that inhabits the coasts of Southeast Asia. Many people think it is a river dolphin, but it actually lives in the ocean, near the shore, and frequently approaches rivers and estuaries. Its appearance clearly differentiates it from the dolphin stereotype we all think of. It looks pretty much like PAC-Man. 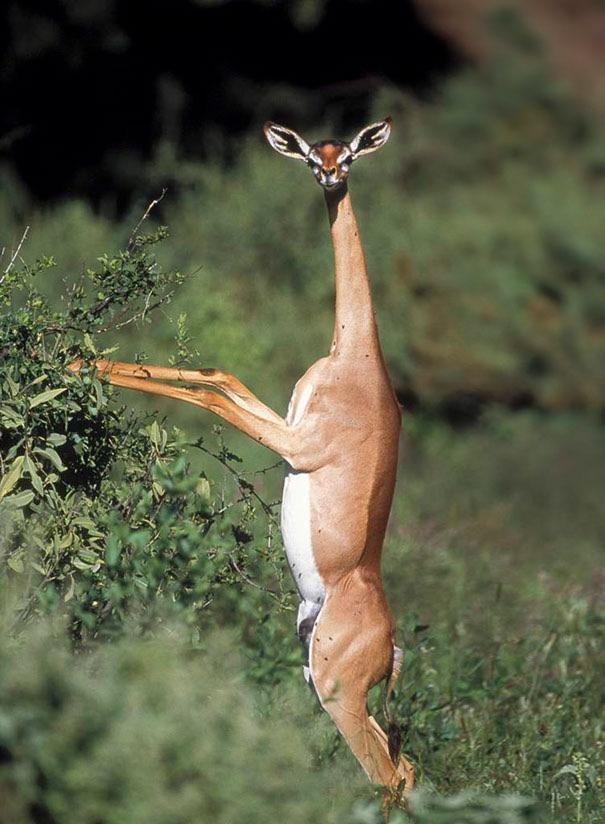 The giraffe-gazelle or Litocranius walleri is typical of Africa’s arid areas, such as Kenya, Tanzania, or Ethiopia. It goes without saying what the most striking feature of this animal is. Even in the Somali and Swahili languages, ​​it is known as a “giraffe-gazelle” due to its imposing neck. This allows it to reach taller and fresher leaves but also makes it an attractive target for predators.

Can’t get enough of this incredible list? Check out the second part here!

1 thought on “The Rarest Animals in the World (Part 1)”