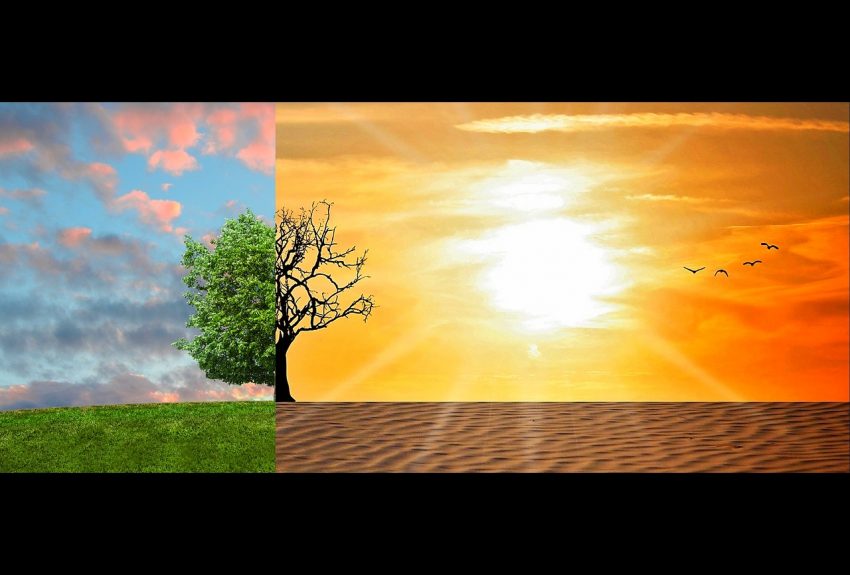 Have you ever heard someone complaining about the harshest winter they’ve ever faced or the hottest summer they’ve known in their entire life? Well, believe these people, especially if someone who has been on this planet for over 40 years, they have seen the real change happening and here it’s about the climate. For over 50 years, the climatic conditions around the world have deteriorated in the worst way possible, resulting in the scarcity of resources, the growth of deforestation, and the death of wildlife. Alarmingly, climate change is now affecting every country on every continent, and it’s disturbing national economies and affecting lives costing people, communities, and countries dearly today and loads more tomorrow. With weather patterns changing, sea levels rising, weather events becoming more preoccupying and the greenhouse gas emission rate increasing, climate change is no longer a myth but a scary reality that we need to get hold of as soon as possible. So today we are going to look into clear signs that the climate is changing and how it has affected everything around us.

1. Increased air temperature over lands – There is a clear sign that the average air temperature over the lands anywhere in the world is increasing and as a result, there is frequent severe droughts and heatwaves. It is alarming to see that intense drought leads to destructive wildfires, failed crops, and low water supplies. These are affecting all countries, from developed ones to the under-developed ones. There has been an excess of heat in the air over the land across the glob and it is often linked to increasingly frequent heatwaves spreading around the globe, a wider distribution of insect pests, and other various health-related issues such as the spread of tropical diseases.

2. Snow cover is reducing and melting earlier, lesser snowfall – Do you remember the area covered by snow in the Northern Hemisphere? Well, it’s getting smaller day by day, and we all know who is responsible for this. Snow-packs are melting earlier due to warmer temperatures even though people are relying on melting snow to replenish their water supplies, but it limits the water availability for everyone all while threatening their way of life. There has also been a notice that there is lesser snowfall now than there was some 20 years ago. Snow is essential to control how much of the sun’s energy Earth is absorbing.

3. Increased air temperature over the ocean – As the heat over the land is getting warmer, so are the temperature over the oceans. Oceans cover about about 70% of the world, so the heighten air temperature adversely impacts the climate system. There is more floods, more hurricanes, more torrential rains which are caused by the oceans evaporating more water as the air right near the surface gets warmer. As of now, there has been no exact remedy of how to stop or reduce this effect from happening.

4. Arctic ice is diminishing – Every year for the past 30 years, the area covered by sea ice has been getting smaller, and the lowest cover was reached in September 2017. It’s alarming. Well, the ice cover is decreasing by a rate of 13.4% per decade. Unfortunately, the warm winter temperatures affect the regrowth considerably. It is also worrying to see that the volume of the sea ice is decreasing and it continues to happen until now. According to some research, the Arctic could lose all its summer ice cover by 2100. However, others believe that it could melt completely much sooner than what the study depicts.

5. The melting glaciers – One of the clearest signs of climate change is the disappearance of glaciers; it is considered as the harshest effect ever as many people rely on melting glaciers water for survival. Before climate change, the glacier mass stayed balanced that induced that the ice that evaporated in summer was replaced by snowfall in winter. However, in the recent past, the glacier has lost more mass and more ice melts than it is replaced. People whose living depending on melting ice for water are deeply affected.

6. The rising of sea levels – In the past century, the sea levels have been rising incredibly high, and the melting glaciers are adding to the lot and causing the water temperature to increase, causing oceans to expand. Just imagine how the small island nations would be affected! Considering how many millions of people are at risk as the sea levels rise, there is implementation done to protect these small islands. Saving humans is okay, but the prior most task is to save marine life as freshwater is intruding rapidly into the saltwater, leaving the marine life to die.

With all these effects happening over the years, we are the ones who are going to lose everything!