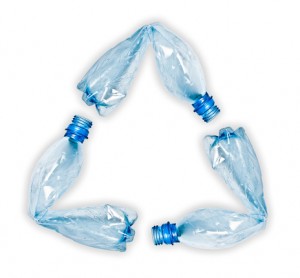 With the invention of plastic so many things changed in our daily lives so we need to ask how to recycle plastic bottles? Glass bottling started to become obsolete and plastic became the answer to packaging items. The popularity of plastic became a huge problem since humans now use almost 20 times more plastic than 50 years ago. Plastic bottles are basically sorted at the recycling facility. They are mainly done with a manual sort so that all contaminants are removed from the bottles. They are then shredded and thoroughly washed. After washing them they are either melted down to be molded into new shapes or they are melted down to begin the process of making them in granulates.

Recycling plastic bottles is relatively simple compared to other types of plastics. They are generally made from two easily recyclable plastics called PET and HDPE. They can be recycled by most places and made into another useful item. Plastic recycling helps keep disposable products out of landfills, where they would take hundreds of years to decompose naturally. However, unlike other materials like glass and metal, recycled plastics aren’t able to continually serve the same purpose after recycling.

Environmental Impact
The process of melting down and recycling plastic produces VOC, or volatile organic compounds, fumes that can harm plant and animal life near the industrial site. The heat needed to melt plastic also generates carbon emissions, which contribute to global warming. Recycling center workers who discover unrecyclable plastic, which includes pieces that contain food waste or debris, may discard it improperly.

Health Problems
The same VOCs that cause plastic recycling to harm the environment can also present health threats to the people who come into contact with recycled plastics. Plastic resin, which is part of the manufacturing and recycling process, and comes from petroleum, can leech into foods stored in recycled plastic containers. The amount of chemicals that users consume can increase based on the type of plastic and other factors like temperature and the plastic’s age.

Reduced Waste
Landfill space is limited, and the conditions in landfills make it nearly impossible for anything, including plastic, to biodegrade. Recycling plastic water bottles helps to conserve space that can be used for other waste. According to Earth911, 7.4 cubic yards of landfill space is saved for every ton of plastic that is recycled. Recycling can also help reduce the number of plastic water bottles that end up as litter in roadways and water sources.

Resource Conservation
Recycling plastic water bottles helps to conserve natural resources, specifically oil, which is a nonrenewable natural resource available only in limited supply. The Environmental Protection Agency estimates that recycling one ton of plastic conserves approximately 3.8 barrels of crude oil. In 2008, 2.12 millions of plastic were recovered for recycling, the equivalent of roughly 7.6 million barrels of oil.

Energy Conservation
Creating new materials from existing materials uses significantly less energy than using raw materials. According to the Environmental Protection Agency, recycling one pound of polyethylene terephthalate (PET), the plastic most commonly used in water bottles, conserves approximately 12,000 BTUs (British thermal units) of heat energy. The recycling process uses up to two-thirds less energy than traditional manufacturing, significantly reducing the strain on the traditional power grid, which is based on the burning of fossil fuels.

Reduced Greenhouse Gas Emissions
The plastic manufacturing process results in the creation of greenhouse gases, including carbon dioxide, which is thought to contribute significantly to the global warming effect. Since the process for recycling plastic water bottles requires less energy and fossil fuels, it also results in fewer greenhouse gas emissions. The Environmental Protection Agency estimates that the average family can reduce their carbon dioxide emissions by up to 340 pounds annually simply be recycling their plastic waste.

Decreased Pollution
In addition to reducing greenhouse gas emissions, recycling plastic water bottles also helps to decrease the amount of pollution in the air and water sources. Many landfill facilities will incinerate plastic bottles to save waste, which can emit toxic pollutants or irritants into the air. The plastic resin used to make water bottles also contain potentially harmful chemicals which can seep into the soil or groundwater if they are able to break down in the landfill.

Raises Overall Environmental Consciousness
Even if one homeowner starts recycling and eventually graduates to composting or using alternative energy by installing solar panels, etc., the others may follow his/her lead. This will eventually, raise the overall environmental consciousness. You can offer to pick up recyclables on the curbside. It may seem like a small step but eventually it will add up to something substantial and have a positive effect on the environment.

Any sort of effort aimed at saving the environment is very important and matters a lot. Since its inception during the environmental revolution in the late 1960s, plastic recycling is one of the most encouraged solid waste management programs in the world. Therefore, in order to keep our environment clean, reduce landfills, provide a sustainable supply of plastics to manufacturers, it is important to recycle plastics. Always remember these three Rs – Reduce, Reuse and Recycle.