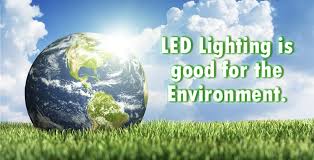 Everyone is responsible for taking care of the environment and everyone should feel accountable for. Though we are already of the environmentally friendly process that exists to reduce our carbon footprint or to minimize the amount of waste we produce. Well, there are a lot of people who are still unaware of the new and upcoming technologies that we can use to reduce carbon emission and one of them is the LED lights. It provides many environmental advantages and we are going to know more about it below.