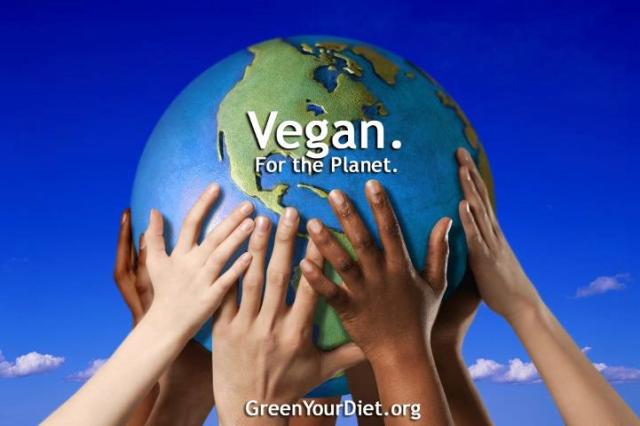 Veganism is the practice to abstain from the use of animal products, particularly in a diet. According to an associated philosophy that rejects the status of animals as a commodity. People who follow that diet are known as vegans. The term was coined in November 1944 by Donald Watson. It is proven that considering and actually following a vegan diet can have an impact on the earth. Researchers at the University of Oxford have found that cutting meat and dairy products from your diet could reduce an individual’s carbon footprint from food by as much as 73%. If everyone stopped consuming meat and dairy products, the carbon footprint would have been reduced to 75% that is equivalent to the size of the US, China, Australia, and the EU combined. If it had for real, then there would have a significant drop in the greenhouse gas emissions and it would have freed up wild land lost to agriculture.

According to the journal Science, a new study has revealed that the most comprehensive analyses to date can have detrimental effects on farming and the environment. It includes around 40,000 farms in 119 countries. It is also revealed that meat and dairy production is responsible for 60% of agriculture’s greenhouse gas emissions while the products are provided around 18% of calories and 37% of protein all over the world.

Why Opt For A Vegan Diet?

There are many benefits of why going vegan is good for the environment. People go vegan because of their love for animals, they do so to curb animal cruelty. Well, apart from animal welfare, there are two important reasons as to why a vegan diet is becoming famous. First, it improves our health and second it protects the environment. How you will ask? So here is the answer to your question:

Plant-based lifestyles are not that hard as it actually seems. Though there are many delicious options available and the health benefits are tremendous. It has been proven that the production of plant-based foods is a more efficient use of the resources as it required less energy from fossil fuels as well as less land and water. As we remove animals from our diet, we are proving that the choice is clear. The transition to veganism takes time but the end result is rewarded with a cleaner conscience, more sustainable practices, and better health.

1 thought on “How Veganism Is Helping the Environment?”