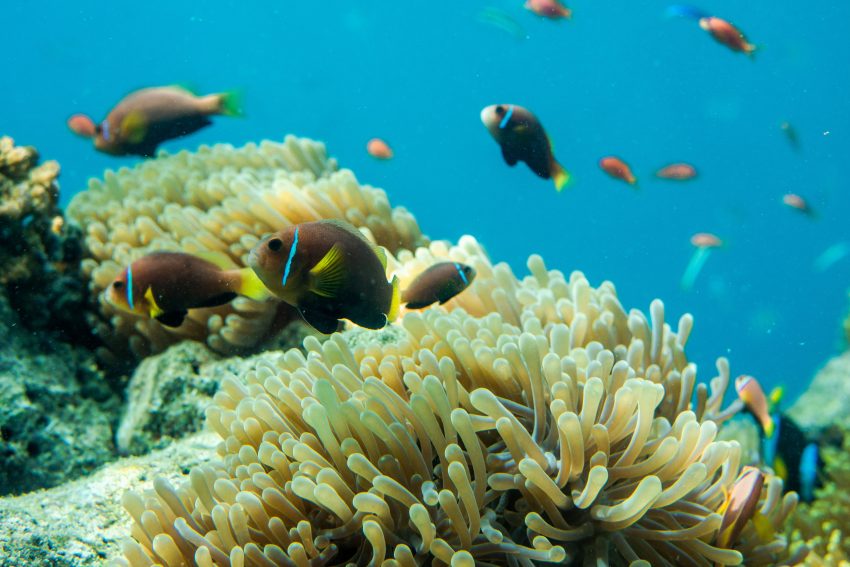 What are coral reefs?
Corals are invertebrate animals belonging to a large group of animals called Cnidaria (this group includes jellyfish and sea anemones). Individual coral animals are called polyps which are made of a simple stomach with a single mouth opening surrounded by stinging tentacles. Coral reefs are formed when ‘millions of tiny polyps form large carbonate structures, [this is] the basis of a framework and home for hundreds of thousands, if not millions, of other species’.

Why should we save coral reefs?
Coral reefs offer a wide range of benefits and all of them are essential for our lives and that of marine life. Coral reefs comprise only 0.1 percent of the seabed, but they support over 25 percent of all marine life. This alone should be a major factor we consider when thinking about saving the reefs, but there are also a number of economic advantages. These coral reef areas, according to the World Wildlife Fund, are valued at an estimated $30 billion worth of goods and services per year. The area is not only the perfect spot for fishermen who are able to catch juvenile fish before they escape into the larger sea, but also a wonderful tourist spot in places like Australia, Indonesia, Philippines, and more.