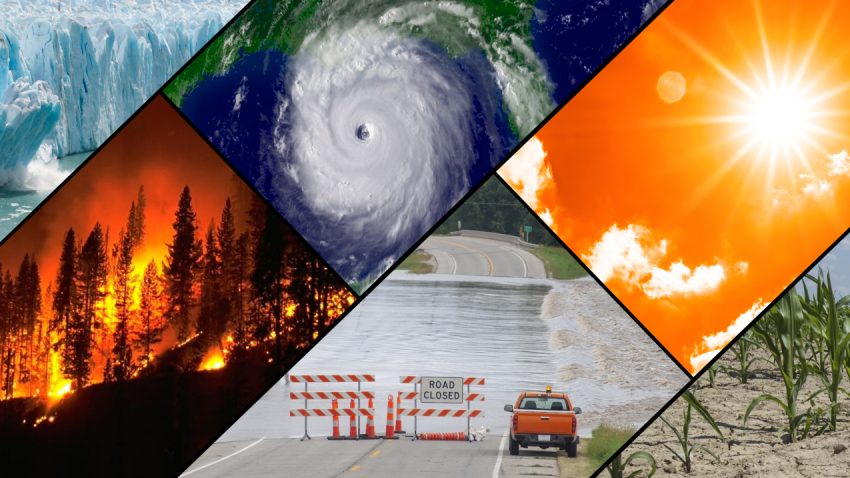 If until recently, there was little or no talk of climate, today, this subject is increasingly debated and arouses the interest of researchers and leaders around the world. However, the concept of climate is still wrongly confused by some with that of weather.

While the latter refers to all atmospheric phenomena that occur in a short period of time (studied by the science that takes the name of meteorology), climate is a much more complex and broader concept. Indeed, this term designates all the atmospheric and meteorological events that occur over a very long period, over decades.

It is now undeniable that the climate is distorted by global warming, caused in large part by human activities since the 19th century (the century of the industrial revolution). All this leads to more and more extreme, recurrent and devastating weather phenomena. In today’s article, we want to put the spotlight on what is happening to our climate, analyzing the main causes and the serious consequences of the climate crisis on our planet, but also on our lives.

Overview of the Climate Crisis

Although some continue to deny its existence, the climate crisis is a real phenomenon, the effects of which are becoming increasingly tangible and disturbing in all regions of the Earth, even those that seemed safe just a few years ago.

Although climate change has been underway for several decades, it is only in recent years that world leaders have become aware of the phenomenon. However, despite the fact that the issue is increasingly at the top of the political agenda, international efforts are still too weak.

Before implementing effective strategies against the climate crisis, it is essential to know all its dynamics. This is why you will find in this section various scientific studies and reflections on the subject, as well as news about floods, tornadoes and other extreme phenomena (symptoms of the ongoing climate crisis) that are increasingly affecting our country.

Where Are We in the Fight Against Climate Change?

We want to take stock of where we are in the fight against the climate crisis. What are our governments doing to save the planet? What concrete and effective strategies are being pursued at the international level? Unfortunately, in most cases, the answer is that too little is being done to reverse the trend, as demonstrated by the rather unsuccessful outcome of COP26 (the UN climate change conference held in the fall of 2021 in Glasgow).

There, they not only illustrate the measures taken by different states to fight pollution, such as the gradual shift from fossil fuels to renewable energies, but they also devote space to companies and citizens who take virtuous initiatives to protect the climate, without neglecting the commitment of associations and different climate movements, such as Fridays for Future (led by the young Swedish activist Greta Thunberg).

But if those who govern us are not doing enough to fight the climate crisis, what can we do as citizens? Actually, more than we think. Here, we’ve always believed that everyone can do their part to save the planet.

fter the publication of the latest IPCC assessment, the report on the evolution of the climate crisis and its repercussions on the world, the position of governments and institutions is more urgent than ever, given that climate change is advancing without stopping. But if the responsibility for the collapse of our ecosystem lies with the wicked human activity of countries and their multinationals, each of us can also, in our own small way, contribute to slowing the climate crisis. How can we do this? By changing our lifestyles and implementing six measures that, if everyone did it, could actually save part of the planet.

That’s according to researchers at the University of Leeds who, in collaboration with experts from Arup and the C40 campaign, formulated six key points that were proposed with the launch of The JUMP, the movement that invites everyone to “take that leap” towards change by implementing these points:

6.Give the system a boost by choosing ethical banks, clean energy and peacefully demonstrating for change.

According to the researchers, putting these six measures into practice would reduce the emissions needed to keep global warming to 1.5°C by a quarter.

So are you going to implement those six habits in your life? Let us know in the comments below.