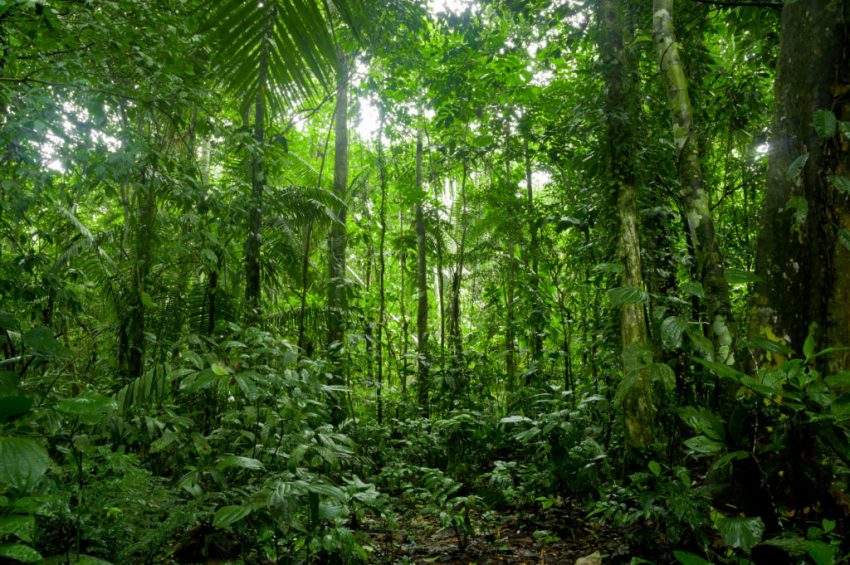 Did you know that there are about three billion trees in the world, whose main function is to clean the air? Sounds mind-blowing right? In addition, trees form fertile soils, prevent erosion, keep rivers clean, collect water for aquifers, serve as refuges for wildlife and reduce soil temperature. They support the establishment of other species and, in short, they are essential to human life. But… Do you know which countries have the most trees in the world? Not sure? Not to worry! In today’s article, we bring you the top 10 countries with the most trees in the world.

About 8,249,300 km2 cover its forest region, which is equivalent to almost 45% of the total area of the country. Here, it is true that the larger the territory, the greater the number of forests and trees.

It has a forest cover of about 4,776,980 km2, which represents almost 56% of its territory. Of course, the Amazon is the region with the largest amount of forest in the world.

Yes! You’ve read that right! Our country occupies the fourth place in the list of countries with the most trees in the world. It is covered by almost 3,100,950 km2 of forests. In addition, at the last World Economic Forum, the United States indicated that 855 million trees will be planted or conserved and billions of dollars will be invested in actions to support the forestry massif.

With a large land area and population, China has nearly 2,083,210 square kilometers of forest cover. This places it in the top 10 of the most forested countries in the world. And indeed, since 1978, China has planted huge belts of forests in the northern regions, coastal areas, plains, upper and middle reaches of the Yangtze River, etc.

With about 1,470,832 km2 of forest land, Australia has about 19% of the country’s forest cover. The government’s priority is to protect all areas that are part of the Commonwealth of Australia, in addition to protecting the 6 states, including two self-governing territories: the Australian Capital Territory and the Northern Territory.

The Republic of Congo’s forest cover is approximately 1,172,704 km2 and it is the only country in the region with more trees than any other neighboring territory. And for Africa, that’s quite a feat.

Argentina’s forests are the main refuge for fauna and flora and a major attraction for tourists. The extent of the forests is approximately 9,45,336 km2. A huge territory of forests and jungles!

Indonesia is very rich in rivers and rainfall, which favors the growth of trees. This is why the country has nearly 884,950 km2 of forests.

It is covered with nearly 802,088 km2 of different types of trees. These trees are known to be a great source of natural medicines for the Indian population. All its areas are extensive and very productive.

We should continue to join our efforts to recover and conserve the trees all over the world. Wondering why we should do that? Let’s learn in more details about the benefits that planting a tree can bring to our Planet.

Not only does it provide oxygen to its environment and offer a place for insects and animals to live. Humans also benefit from a tree when they know how to take advantage (in the right sense of the word) of its leaves – in some cases for medicinal purposes – and of its branches or fruits.

Planting a tree has many benefits for our health and the health of the entire planet, so pay attention to the following, as you may want to rethink what you are going to do in your spare time.

Trees in groups, in large masses like forests or jungles, function as noise absorbers. They also trap dust particles in the air.

After a tree is planted, its main function is to form fertile soil, prevent erosion and wear. It also regulates the surface temperature.

That’s right. A tree participates in the water cycle, as it returns water to the atmosphere through evaporation. Trees also retain rainwater, allowing it to seep into the various aquifers, thus avoiding droughts and floods. In fact, for each tree planted, water is guaranteed for at least 3 people.

We learned this in elementary school. Trees give off water vapor that cools the air and makes it moist. They also fix atmospheric CO2, which they then transform into oxygen.

In high places like mountains, trees support the territory with their roots, preventing landslides and landslides. They provide shade and shelter for hundreds of insects that help pollination and balance the evolution of the food chain of many animals.

In short, paying tribute to a tree in its day is not enough, you have to act! And if it’s in your hands, it’s time for you to join an initiative dedicated to planting trees in your area. What are your thoughts? Will you be planting a tree too? Let us know in the comments below.