This season is essential for many species because winters are long, cold, snow-covered in temperate regions, and food scarce. To ensure survival, different species have successfully developed different mechanisms.

Some animals, like birds, migrate, while others remain behind but have developed cold-resistant strategies. Some mammals, usually hoofed animals and carnivores, can cope with the harshness of winter by thickening their fur and increasing their subcutaneous fat layer. Others, such as squirrels, store food and take refuge in their burrows, while others (amphibians, reptiles, and insects) freeze.

Animals have developed various techniques to survive harsh winters, but hibernation is arguably one of the most sophisticated strategies. It is a behavioral adaptation that involves significant physiological changes aimed at reducing energy expenditure through a controlled and reversible decrease in body temperature and metabolic levels.

Thus, they live at a slower pace for several months, consuming their fat reserves and waiting for the summer season to arrive. This strategy is present in many mammalian orders, including monotremes (echidnas), marsupials (Australian kruthers), insectivores (hedgehogs), and bats (yellow-bellied monkeys), but the most common form of hibernation to overcome the harshness of winter is in rodents (dormouse, lemur, heron, hamster, squirrel, and marmots).

During hibernation, body temperature drops, as much as 10°C in some species, and the heart rate slows by as much as 80%. Digestion and respiration slow down during this period, as do other physiological needs.

Animals that have been hibernating wake up and resume metabolic activity with the arrival of spring, the breeding season.

During this long “sleep,” they lose a great deal of weight and lack energy. In fact, once they emerge from their vegetative state, they feed as enthusiastically as they did before hibernation.

There are two types of hibernation: total and partial.

The total type is one in which the animal is entirely immobile, with no food or water, a slow heart rate (up to two beats per minute), and a metabolism reduced to 80% of normal, with minimal energy expenditure.

Partial hibernation, also called overwintering, is a shallow depth of dormancy in which the body is paralyzed for a more or less prolonged period, and vital functions are partially reduced.

Animals That Go Into Full Hibernation

It is generally warm-blooded animals that hibernate.

No exact date determines the end of this period, it depends on the species and the outside temperature. 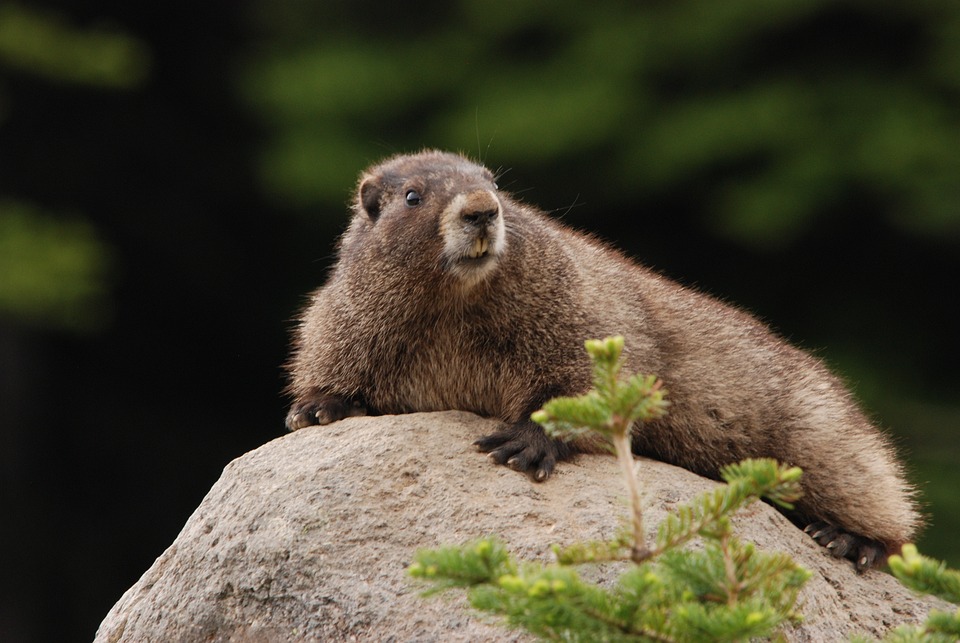 Some cold-blooded animals such as salamanders, snakes, vipers, frogs, bats, small mammals, especially rodents such as marmots, and insectivores such as hedgehogs do not make enough heat to survive the winter. It is common for these species to hibernate partially.

Forest Animals That Do Not Hibernate

Some birds migrate to warmer regions during the cold season, while others change their fur and summer plumage to thicker coloring.

Wolves, bears, foxes, lynx, deer, and hares thicken their fur, while owls, barn owls, and eagles adapt to the seasons by thickening their feathers.

Animals That Thicken Their Fur

Among the strategies employed to withstand the harshness of winter are adaptive ones. Some species do not hibernate and migrate further south but remain in place and active, albeit less so than in summer.

They, too, need to accumulate fat when food is abundant, but to stay warm in winter, they thicken their feathers or fur, as wolves, bears, foxes, and rabbits do. Others, such as deer and rabbits, change their colors to blend in with the winter landscape.

Some build “larders” near their shelters, while others change their diets.