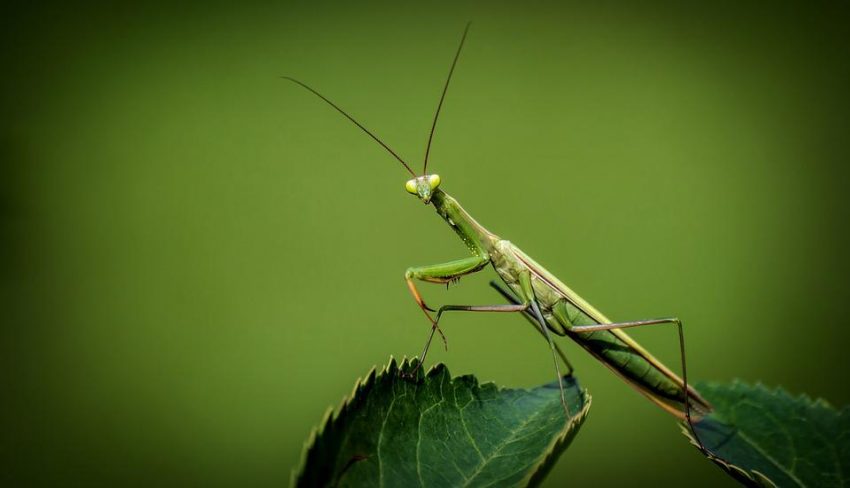 Let’s talk about a medium-sized insect that is world-renowned for its ability to help control other pests crops. The mantis is an insect known worldwide for the odd position of its front legs, which make it look as if it is praying. It is most commonly found in nature, but it is also seen as an exotic pet in some households. They are aesthetically pleasing and are kept as pets or helpers in crop pest control.

This article will explain all the characteristics, habitats, and rarity of the praying mantis!

The insect is about 10-12 cm long. Females are usually slightly larger than males, making them easy to distinguish. The insect has a somewhat elongated shape and has two long antennae protruding from its head, which allows it to know what is around it. It is interesting to note that the position of its front legs resembles the posture we assume when we pray. Hence the name mantis.

Its numerous spines help it handle and hold its prey with these claws. The color of the praying mantis depends on its environment and where it last molted. Typically, this color ranges from green to brown. This ability to change color depending on their ecosystem is an exciting mimetic ability. They use it to hide from certain predators or to surprise their prey.

If they are allowed to molt in an area with a lot of grass, they may change their color to green. On the other hand, if the molt is converted to straw or grassy areas, it will take on a more yellowish-brown color. Because they are ideal for camouflage, they are rarely seen in nature. A characteristic common to all members of the praying mantis family is the ability to move their heads up to 180 degrees to check behind them. 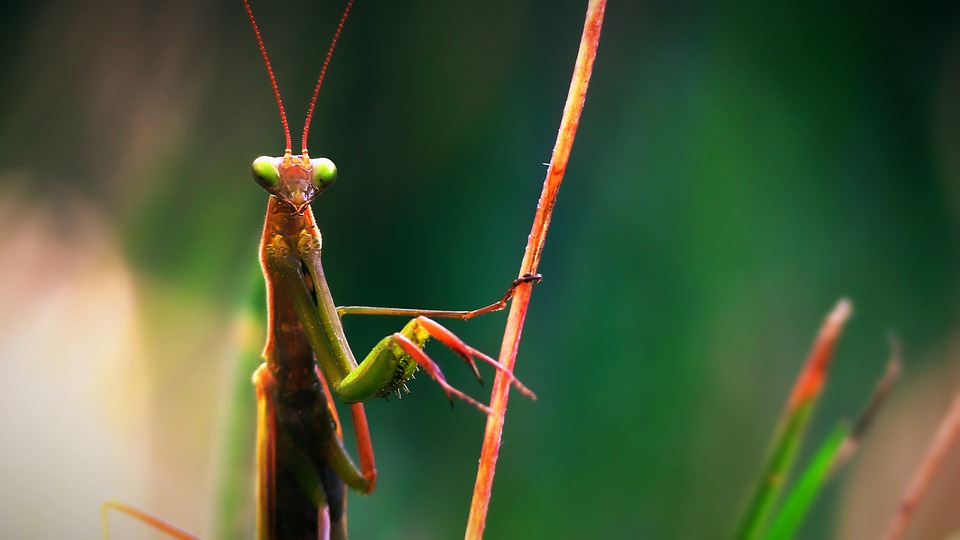 The life span of this insect is approximately one year. It can give birth about six times in this one year. At this point, they reach adult size. This insect hatches from eggs laid by its mother. Hundreds of eggs are laid at a time. When young, they already look like adult praying mantis, but much smaller. It is not an insect that changes its morphology during development.

Contrary to popular belief, this animal is neither corrosive nor toxic. One of the benefits this insect provides to crops is that it helps control certain pests. This insect is useful in our gardens and orchards because it is mainly found in open areas.

They are carnivorous and very patient. To catch their prey, they wait a long time until they are almost motionless, sometimes by surprise. As for attacks, these occur very quickly. They feed primarily on small insects such as moths, flies, grasshoppers, and crickets. Some reports indicate that this praying mantis can catch small amphibians, reptiles, and even small birds.

Hummingbirds are tiny birds, but studies have shown that the praying mantis preys on hummingbirds. They shoot at speeds invisible to the human eye and can catch their prey with their spines.

It is an insect that usually lives alone. The only time they join forces with other individuals is when mating. When multiple males overlap, they fight to death so the survivors can mate. One of the most notorious female behaviors is eating males’ heads after mating. However, this is much less common than one might imagine.

The habitat of this insect begins in Europe and Asia. It was introduced into North America. The insect is found in almost all of Europe and two-thirds of the upper reaches of Asia.

Its main habitats are fields and orchards. It is usually found naturally in grasslands and sparsely populated areas. It is not an easy insect to find because of its high camouflage ability. 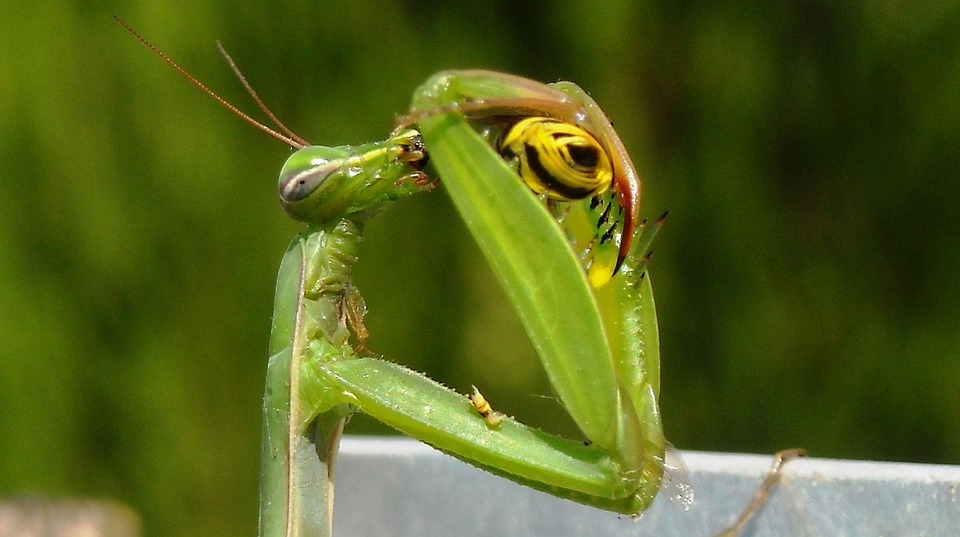 Have you ever encountered a praying mantis? Let us know in the comments below!