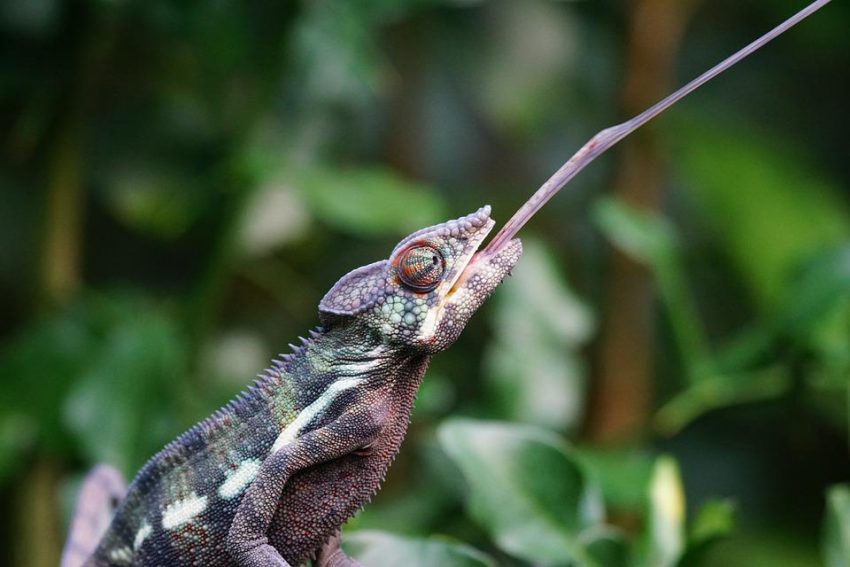 The chameleon is one of the best-known reptiles in the animal kingdom. They are especially famous for their ability to alter their color to hide from foreign enemies, but this is not the only fantastic feature they possess. Chameleons also have the amazing property of having a tongue twice as long as their body.

This beautiful reptile uses its large tongue that contains a sticky substance to catch its prey. It performs this movement in less than a second, which makes its hunting speed and accuracy very high.

According to the Reptiles Database, more than 200 species are currently distributed in temperate regions in the world. These animals can live in a wide variety of habitats. As a result, specimens come in a great variety of colors and shapes.

Chameleons are medium-sized reptiles measuring from a few centimeters to a little over half a meter. Their ability to change color varies from species to species. Still, their function is always the same: mimicking their environment, regulating their body temperature, and sending visual signals to other specimens.

Chameleons are usually not very active, as they prefer to hide and remain motionless for long periods. They use their inactivity to hunt by staying in one place, catching arthropods off guard. However, this would not be possible without their long tongues, which give them a wider range of capture, which they take advantage of. 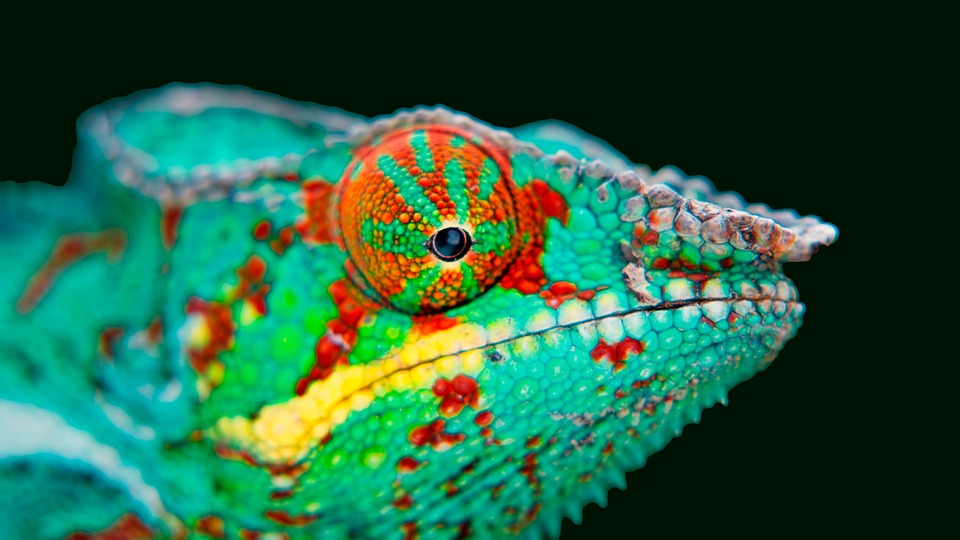 The chameleon’s tongue works by a spring-like mechanism. It is fired like a bullet. According to researchers at Oxford University, it requires 10 to 55 microseconds for a chameleon to stick out its tongue.

The mechanism for achieving that speed relies entirely on muscle. The process uses the elastic force provided by the collagen fibers to form a sort of “slingshot” for the tongue that can fire at high speed.

The length of the tongue is also significant in this process because as the tongue retracts, tensile forces begin to build up in the muscles that form it. Because it is an elastic muscle, this effect allows it to contract and store energy. They are foldable and not bulky.

In other words, the tongue contracts like a kind of spring, and when released, the stored energy is released and fired like a bullet. Thanks to this, the speed with which the tongue-like structure ejects and intercepts prey is phenomenal.

Main Structures of the Chameleon Tongue

Tonsillar process: This bone forms the base of the chameleon’s tongue and helps it with its aim. It is officially called the hyoid process and is unique to this reptile.

Accelerator muscles: It is responsible for contracting and compressing the entire tongue to create tension, similar to when a spring is compressed. The moment this pressure is lost, the mechanism releases energy and fires.

Retractor muscle: This muscle is responsible for pinching the tongue back into the mouth when the mechanism is activated. Unlike the gas pedal, it works like any other muscle and does not generate energy through tension.

The speed of this mechanism is so fast that even a high-speed camera cannot capture it, at an astonishing 33 meters per second.

Thanks to this mechanism, the chameleon can capture its prey in a few tenths of a second without being noticed. Besides, the sticky substance on the tip of the tongue ensures a successful catch most of the time.

As you can see, nature provides animals with beautiful qualities, but the chameleon seems to be specially endowed with many extraordinary abilities. The chameleon’s tongue mechanism is unique in that it utilizes the elasticity of its muscles. This reptile makes an excellent predator because it has a fast and silent weapon for hunting. 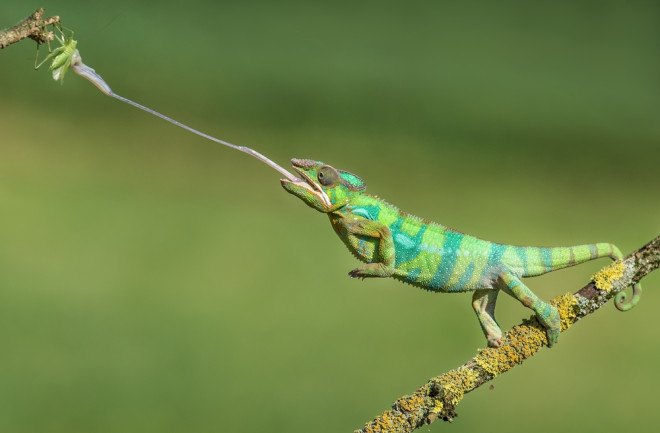