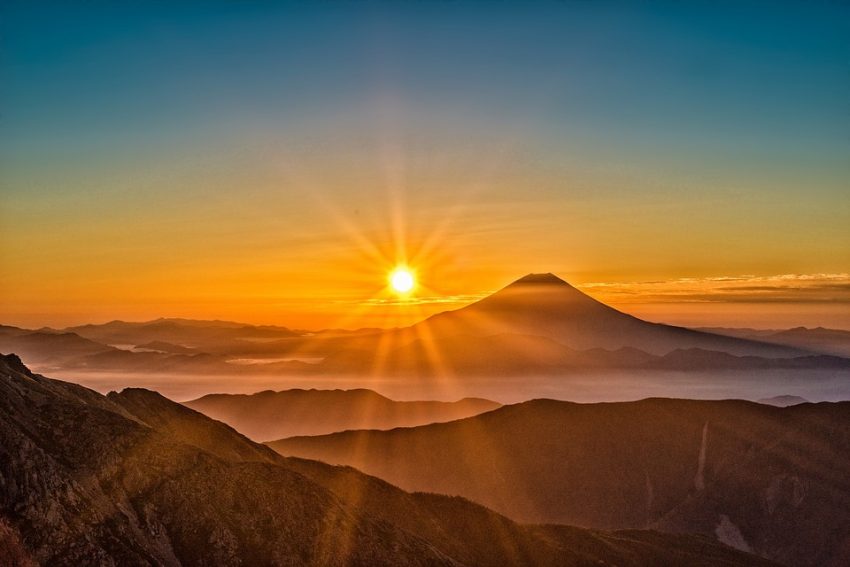 How can we explain or comprehend the enormous forces that folded and elevated massive amounts of rock to form mountain ranges?

Geologists have proposed a variety of theoretical hypotheses, some of which have already been discussed in the previous article. Today, we will take a look at some new theories.

The Theory of Continental Drift

Supporters of this “continental drift” theory point out that the outlines of the western coasts of the Eastern Hemisphere continents seem to match the eastern coasts of the Western-Hemisphere continents. This suggests that these regions once formed a single land mass. The strata and fossils of certain geological periods in the now separated continents show striking similarities and this would seem to bolster the idea of continental drift. There is evidence, too, that in past times, the earth’s magnetic poles were located in positions far distant from those of today. Finally, the oldest known rocks of the Atlantic Ocean floor are much younger than the oldest ones of the surrounding continents. Would this not indicate that not so very long ago there was no Atlantic Ocean?

The older continental drift theorists held that the continents floated freely in a universal substratum of plastic or near-liquid rock. Later, other scientists maintained that huge rock currents, arising from the earth’s heated interior, moved the crustal land masses around. This would disrupt them and crumple their strata, resulting in the formation of mountains. Another hypothesis suggested that the earth is slowly expanding, the continents moving apart as the surface stretches.

According to the opponents of the continental drift theory, the evidence provided by the earth’s rock strata and fossils points to billions of years of orderly continental development. This would have been impossible if the land masses had moved about. Then too, recent evidence seems to indicate that the foundation of the continents reach very far down into the earth. This would make the concept of moving continents hard to accept, according to antidrft geologists. They believe that much of the so-called “evidence” for continental drift can be explained otherwise. 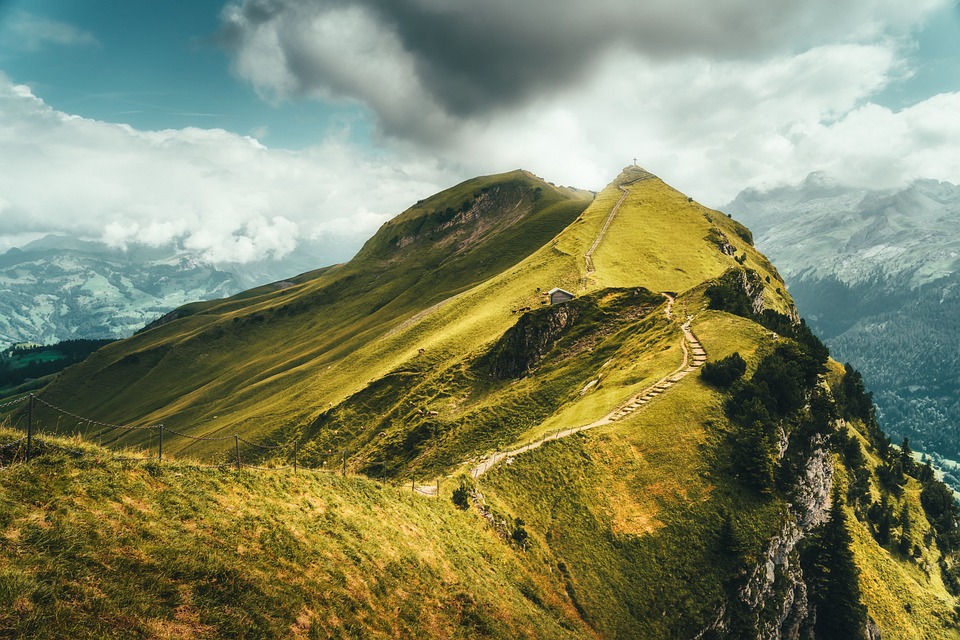 A once commonly accepted explanation for the origin of folded mountains was the contraction hypothesis. It held that the earth has been shrinking steadily, either because of the enormous pressure of the overlying rocks or because of progressive cooling from a formerly hot or even molten state. The shrinking of the earth would cause the crust to wrinkle all over. The wrinkles are the valleys and mountains, suggesting the folds caused in the skin of an apple that has been drying and contracting for some time.

At the turn of the century, the English astronomer George H. Darwin presented another explanation for the formation of mountains. He held that the earth was originally more flattened out at the poles than it is now. When it became more spherical, the bulge at the equator contracted; this resulted in lateral (sidewise) pressures that have generated folded mountains in an east-west direction. Darwin accounted for the existence of north-south ranges as due to the effect of lunar tides on the earth’s rotation. The combined forces would produce folds in the earth’s crust in positions at right angles to the direction of greater pressure.

“In the case of the earth,” he wrote, “the wrinkles would run north and south at the equator…Any wrinkle when once formed would have a tendency to turn slightly so as to become more nearly east and west than when it was first made.”

This theory has few supporters at the present time. The tremendous forces that Darwin mentions could have acted affectively only in the youth of the world, before the formation of the world’s mountain chains. Besides, the Darwin theory does not account for the evident relationship existing between the laying down of sediments and the formation of mountains.

Millions of years of sedimentation preceded the emergence of the Alps and the Carpathians from the sea. The same sequence of sedimentation followed by uplifting is evident in the mountain ranges of the North American continent, east and west. The American geologist James Dwight Dana observed that “the region over which sedimentary formations were in progress in order to make finally the Appalachian range reached from New York to Alabama and had a breadth of 100 to 200 miles….The pile of horizontal beds along the middle was 40, 000 feet in depth.