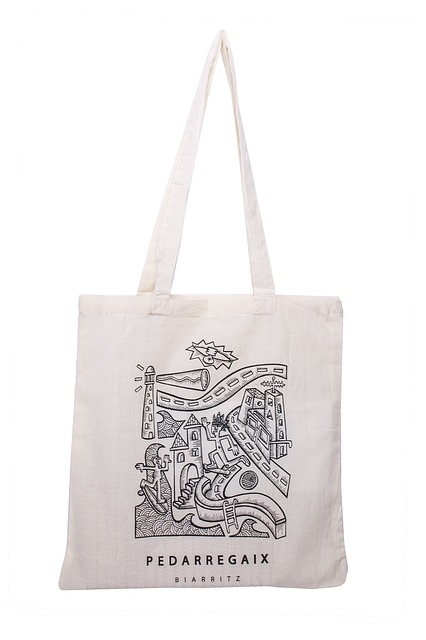 Appeared about fifteen years ago and presented as an alternative to single-use plastic bags, cotton tote bags are unfortunately not as ecological as one might think. Their manufacture has a significant environmental impact, and their use remains limited.

The tote bag, from an alternative to plastic bags to a marketing tool

The tote bag, a large rectangular canvas bag with two handles, owes its name to the English verb “tote”, which means “to carry”. This is indeed the primary function of this tote bag, which is used to carry your lunch as well as to store your groceries.

Cotton tote bags have thus succeeded the “Jutebeutel”, jute bags invented by a German fair trade company in the late 1970s. This company, GEPA, decided to print an eco-responsible slogan on the bags: “Jute Statt Plastik”, in English “Jute, not plastic”.

Very quickly, the Jutebeutel is adopted by the supporters of an alternative way of life, far from the dictates of the consumer society. During the pacifist demonstrations of the late 1970s, the burlap bag was omnipresent and was used to convey political messages and slogans. 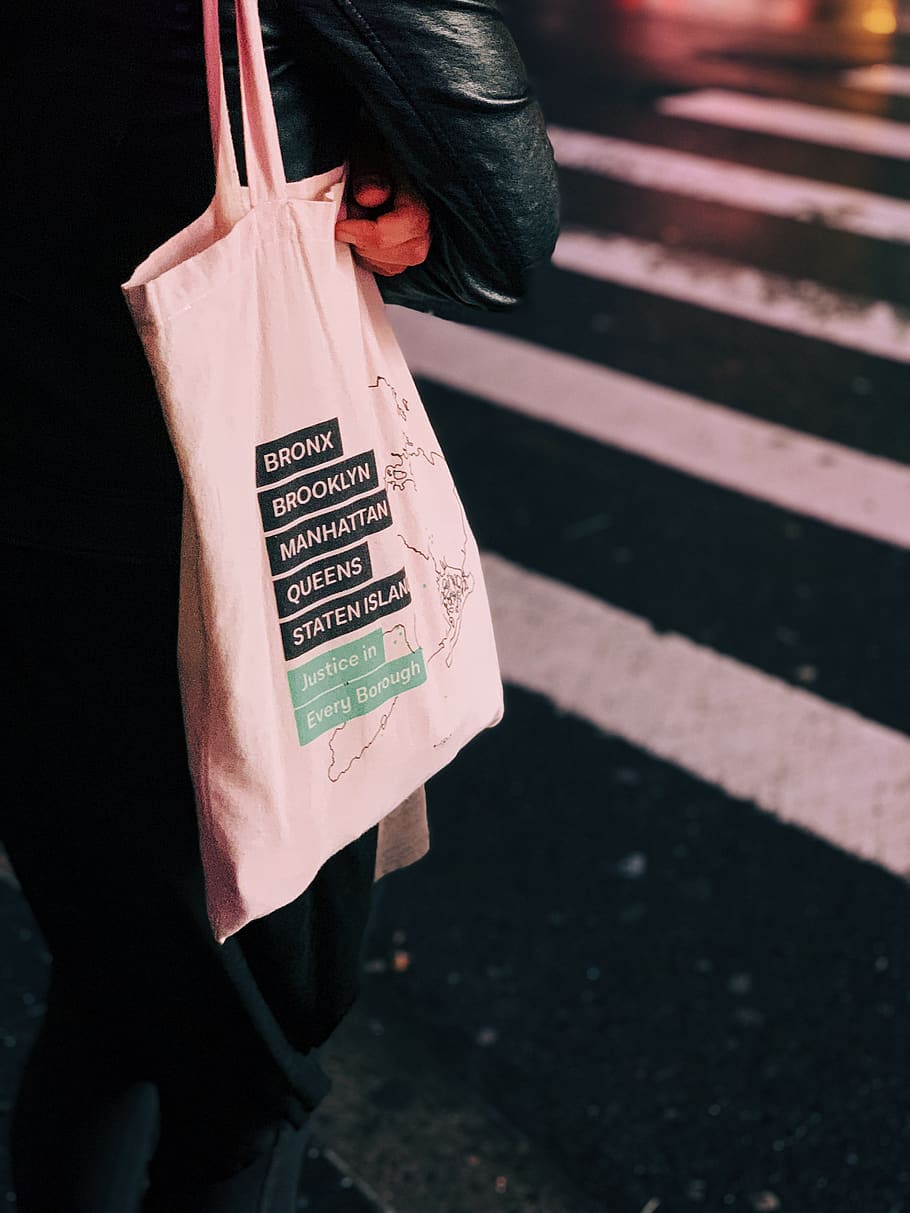 At the end of the 1980s, jute was gradually replaced by cotton, softer and less ideological, which made it an ideal marketing medium for companies, which began to print their logos.

It was not until the years 1990-2000 that the tote bag became popular. The tote bag is then more trendy, displaying names of art galleries, independent bookstores, or literary or philosophical quotes.

The tote bag gradually becomes a fashion accessory that is fully in line with the consumer society, while its ancestor the Jutebeutel was precisely to denounce it. It is used as a communication tool by brands, and they are now so numerous to offer tote bags to their customers that it is not uncommon to own a dozen or fifteen of them, without knowing how to use them.

If the tote bag was initially presented as an alternative to the disposable plastic bag, it is finally not more ecological, for two reasons: its production has a significant environmental impact, and it is too rarely used to compensate for this impact.

Millions of tote bags are produced every year, so it’s not surprising that we all have so many in our closets. Each tote bag is only used about ten times, and let’s face it: it’s much more common to find it at the bottom of a drawer than at the bottom of your bag when you go shopping.

As far back as 2006, a report published by the British Environmental Agency revealed that a cotton tote bag had to be reused at least 130 times to have a smaller carbon footprint than a single-use polyethylene bag.

In 2018, a study by the Danish Environmental Protection Agency was even more alarming. According to the study, titled “Life Cycle Assessment of Shopping Bags,” a cotton tote bag would have to be used at least 7,000 times to offset its environmental impact or about 1 time per day for 20 years, and up to 20,000 times for an organic cotton tote bag.

These figures are justified by a large amount of water and pesticides needed to grow cotton, but also by the energy used to manufacture and transport it. According to a study on the environmental impact of fashion, cotton is the main crop that consumes pesticides in the world. Chemical fertilizers are not to be outdone, since cotton farming uses “4% of the world’s nitrogen and phosphorus fertilizers”.

Indeed, the production of a cotton T-shirt requires the equivalent of 70 showers, a figure that could double by 2030. Rainwater is of course not enough, and cotton cultivation requires diverting water from groundwater, rivers, and lakes to irrigate the fields. However, in the regions of the world that are the main producers of cotton, such as India and China, access to freshwater is already subject to many constraints.

To offset the environmental impact of a cotton tote bag and make it less than a single-use plastic bag, it would have to be used daily for many years.

Such use implies, to begin with, owning only one tote bag or even more improbably, using several per day, hoping that its lifespan will allow for sufficient frequency and duration of use. But tote bags are just canvas bags with flimsy seams. They are not designed to withstand intensive use over a very long period.

Moreover, their end of life is also a problem: because of the PVC patterns printed on the canvas, tote bags are not recyclable, and therefore usually end up incinerated or buried in landfills.

However, it is not more environmentally friendly to turn to single-use plastic bags, which pollute the oceans a little more.

If you have a lot of tote bags at home, you can upcycle them and turn them into cushion covers, planters, kits, or, more simply, bread bags or tea towels.