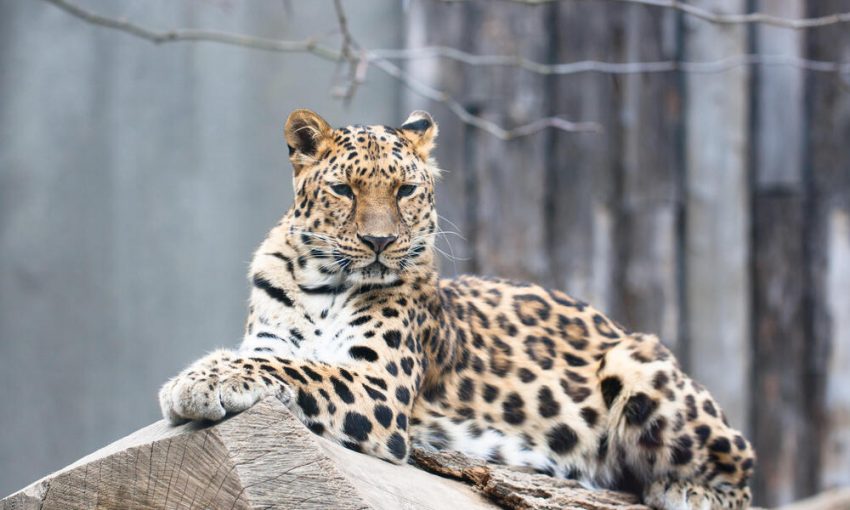 The rapid development and progression of humans on Earth has had a devastating impact on nature and many species. The International Union for Conservation of Nature (IUCN) maps and assesses the status of species according to their risk of extinction.

The Red List produced by the IUCN is the best known conservation status list. The red list defines extinct and threatened species in five different categories, with the “critically endangered” category being the worst.

Here we have listed the most threatened animals in the world. All of the animals on the list have in common that they were classified as Critically Endangered in a Red List and are therefore dangerously close to total extinction.

Estimated population: 12-26 individuals in the wild, about 300 in captivity.

The Amur leopard is a subspecies of the common leopard, but it is slightly larger and has larger, sparsely distributed spots. In the 19th century, the leopard had a range from Khabarovsk in the north to Peking in the south, but today it is virtually endangered.

Poaching and environmental degradation, food shortages and the advance of civilization are the reasons for the plight of this magnificent cat. The animal is killed mainly for its fur and bones, which are used in traditional Asian medicine.

The Javan rhino is about the same size as the Indian armored rhino, but lacks a horn. Despite its name, the rhino was once found not only in Java, but also in an entire region from Bangladesh to Vietnam via Burma, Thailand and Laos. Unfortunately, the main reason for the near extinction of the rhino is poaching and the illegal trade of its horns, which are used in medicine in some countries.

Distribution: northern part of the Gulf of California.

The California porpoise is a very rare species of porpoise that is endemic, meaning that it exists only in a specific area. The species is considered the most endangered of all marine mammals. The California beaked whale is the smallest of all whales, measuring about 150 cm long and weighing up to 50 kg. Due to the intensive fishing of the species and its food, its numbers have declined dramatically. The whales are also caught in fishing nets and die because of pollution. Various environmental and animal rights organizations have been working to preserve the California bats.

Distribution: tropical forests on the border between Nigeria and Cameroon.

Estimated population: 250-300 in the wild, 115 protected in the Cross River National Park in Nigeria.

The Cross River Gorilla is a subspecies of the Western Lowland Gorilla and differs somewhat in appearance, including a narrower jaw and shorter head. The main threat to the Cross River Gorilla today is hunting and habitat destruction. Cameroon established Takamanda National Park in 2008 to protect the remaining population.

White-headed langurs are among the rarest animals on the planet and, with a population of only about 70 individuals left, they are on the verge of extinction. A member of the land monkey family, they live in caves or in the tops of trees, in packs, where they all help to look after the children. Today, the langur lives in two different shelters to protect it from illegal hunting, which is the main reason for the near extinction of the species.

There you are; those were the top 5 animals endangered. Have you ever have the chance to see any? If yes, share your experience with us in the comments below.

1 thought on “5 of the Endangered Species of Our Planet”