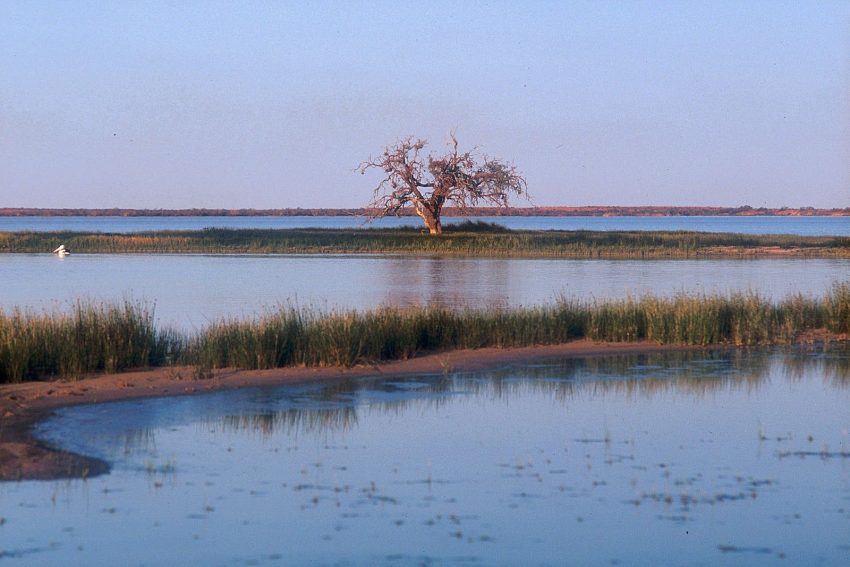 Wetlands are ecosystems that are temporarily or permanently flooded and are home to biodiversity that is crucial for us to conserve. Since 1971, International Wetlands Day is celebrated every February 2, a date to commemorate their environmental importance and to raise awareness about their conservation. Due to their significant importance, in today’s article, we are going to uncover more about wetlands and where the biggest ones are found around the world! Happy discovery!

The varied vegetation typical of wetlands is made up of plants that have adapted to constantly flooded soils.

In terms of importance, wetlands perform a number of functions, including:

Wetlands are also considered to be the most diverse ecosystem of all, serving as home to a wide range of plant and animal life. To recognize their importance and raise awareness about their conservation, the Convention on Wetlands was created in Ramsar, Iran, in 1971, and today, the organization considers that there are 2,341 wetlands of high environmental importance in the world.

In total, they cover 252 million hectares in 170 countries, and their existence is crucial for environmental conservation in general. Next, we tell you about the 5 largest wetlands in the world, and their ecological relevance.

At 198,000 square kilometres, Australia’s and the world’s largest wetland ecosystem is larger than many countries.

It is a freshwater wetland system located in the far north region of South Australia. It includes lakes, channels, oxbow lakes, shallow floodplains, deltas, and swamps.

It is a very important region for the conservation of Australian birds, with a particularly high population of pelicans, which reaches 100,000 individuals.

With an area of ​​approximately 65,596 square kilometers, it is one of the largest and richest wetlands in the world. It is home to birds, some 150 species of fish, hippos, crocodiles, elephants, feline predators and buffalo.

Although permanent or seasonal forests, lakes and wetlands have great environmental and economic value, population growth, combined with a lack of protection by governments, is rapidly deteriorating this ecological treasure.

It has an area of  ​​62,782 square kilometers and is one of the most important ecological sites in Canada. Since 1981, when the country signed the Ramsar Convention for the Conservation of Wetlands of International Importance as Waterfowl Habitat, the region has been protected with the intention of preserving its populations of geese, goose and many other aquatic species.

It is a swampy river delta in Botswana that measures 55,324 square kilometers and is considered a World Heritage Site by UNESCO, and one of the seven natural wonders of Africa.

The Moremi Nature Reserve is located in the eastern delta region, which is additionally home to a huge biodiversity that includes mammals such as cheetahs, elephants and monkeys, but is also very rich in fish and many different species of plants.

It is the inland delta of the Niger River, which forms an area of ​​river wetlands, lakes and plains in the semi-arid area of ​​central Mali. The wetlands have an area of ​​approximately 41,195 square kilometers.

The delta forms a kind of oasis in the semi-arid area of ​​the Malian Sahel region. The vegetation varies depending on the amount of water accumulated in the soil, which varies according to the season of the year and other factors. This causes certain regions to have denser tree cover than others. It is home to hundreds of thousands of birds and the African manatee, among other species.

There you are! You now know more about wetlands and the largest ones around the world. Have you had the chance to see one live? We would love to read about your experience; share it in the comments below.