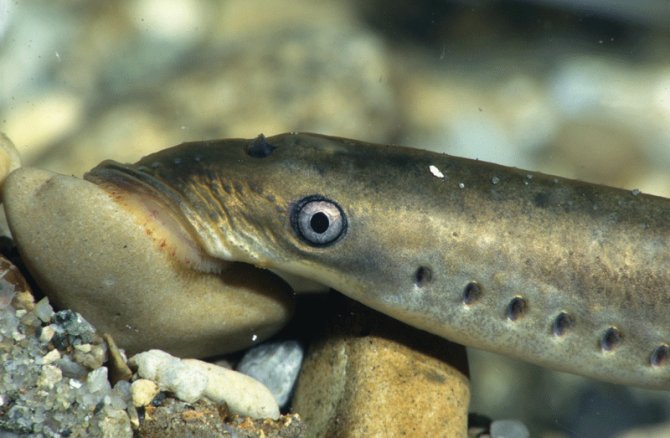 Agnatha is a group of jawless fish, of which there are only a few extant species. There are so many species that fit the characteristics that it was necessary to classify each organism into groups. The first appearance of these fishes was about 470 million years ago. They were the only vertebrates at the time, and thus, they dominated the planet for a long time. Today, this group of jawless fish is tiny, as most species are extinct, with only lampreys and sea lampreys remaining. To learn more, please read on.

The term agnatha encompasses an organic group of assembled vertebrates that do not have jaws. The name is derived from the Greek words “agnatha”, “a” (without), and “agnatha” (jaw).

A typical agnatha is an aquatic animal with primitive features. Its mouth is round and shaped like a sucker, and it has teeth around it. The fish is capable of exerting enough suction to open wounds in the tissues of other animals. The body shape of the jawless fish resembles that of a long worm without scales, and it can grow to over a meter in length.

Most of its body is cartilage, but some of its ancestors had skeletons and bony scales. Their extinct cousin, the ostracoderm, also protected itself with bony shields and armor. However, this defense was not sufficient against jawed fish, which is probably one of the reasons why they disappeared so quickly.

What is a Lamprey Eel?

The lamprey eel, which resembles an eel, is a species that lives in both fresh and saltwater. Its body is long and supple like an insect, and it can swim with an undulating motion like a snake. Usually an external parasite, it anchors itself to its prey through its mouth and feeds on the animal’s blood and tissues.

Its mouth acts precisely like a suction cup, clinging tightly to the prey it feeds on. It can tear the skin of its host with its teeth, and in some species, it can even scrape tissue with its tongue. In this way, the lamprey eel can feed. This bloodthirsty animal is found mainly in the waters of the North Atlantic. They are brown, with a yellowish tinge and dark spots. Some species can grow up to 120 cm in length.

This jawless fish can tolerate both saltwater and freshwater environments, and its life cycle includes both. It is an anadromous species because it grows to adulthood in the ocean and then returns to the river to mate and reproduce. This term means that they live in the sea and return to the river to spawn. Depending on where the species spends most of its time, lamprey can be divided into the river and sea lamprey.

The hagfish is the second group of agnatha to exist. Their bodies share several similarities with lamprey eels. The body is long and slender, snake-like, with a cartilaginous skeleton and a single caudal fin; they do not grow larger than 91 cm and secrete mucus from their pores to make them denser.

Species in this group are hermaphroditic, meaning they have both testicles and ovaries. Unlike the lamprey eel, the hagfish is a scavenger, so it only “nibbles” on the remains of dead animals. Their sense of taste is a different mechanism, as they use papillae on their skin to taste food.

This group includes the ostracoderm group. These fish had scales and bone shields or plates of bone to protect themselves from external enemies. Like lampreys and hagfish, ostracoderm did not have jaws. When feeding, they used muscle pumps to suck up water and catch their prey. They were like a filter, sucking up water and eating what came in.

They had an adaptive mechanism. They abandoned their filtering habits and became parasitic species (lampreys) or scavengers, giving them a chance to survive before the jawed species emerged. One of the reasons for the extinction is that they had no way to compete with the gnathostomes, creatures with jaws.