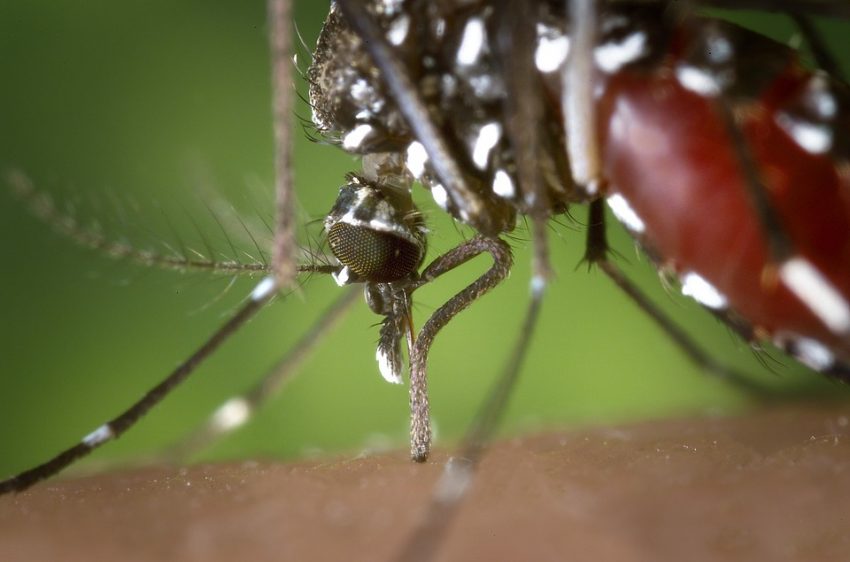 When you’ve finally found the time to rest a bit after a tough day at work, suddenly you hear the buzzing sound of mosquitoes in your ears, ike! To make matters worse, you fall asleep and wake up the following day to find dozens of mosquito bites. What can you do to keep the mosquitoes away? Does a cross with nails on a mosquito bite helps to stop the itching? Is it true that mosquitoes are attracted to light? Let’s dive into some facts and myths about mosquitoes!

Please take care of yourself and do not scratch mosquito bites. Scratching will make the itch worse. Ice the mosquito bite or use an ointment for insect bites.

Myth: Mosquitoes Are Attracted to Light

New! Mosquitoes do not like light, and instead, they prefer to avoid light. Mosquitoes are attracted to human body odor and especially to the carbon dioxide exhaled by humans. The reason you see them buzzing in your bedroom at night has to do with the fact that you simply see more insects in the light.

Fact: Some People Are More Often Bitten Than Others

Indeed, some people are often bitten, and some people are not. It is sometimes said that this has to do with “tasty” or “sweet” blood. However, this is not the case. Mosquitoes are attracted to your body odor. Or rather, to carbon dioxide, the gas that we exhale. Thanks to the well-developed noses of mosquitoes, they can detect carbon dioxide from as far as 15 meters away. Mosquitoes select their victims based on the amino acids in their skin. Some amino acids have a smell that mosquitoes prefer. So, if you are unlucky, you will smell the best.

Myth: Making a Cross on a Mosquito Bite Will Help

Many people think that the first thing to do when you have an itchy mosquito bite is to cross it with the fingernail. The cross seems to soothe the itch, but the irritation will only turn into pain. Besides, the pain is less tolerable than that irritating tickle, it’s temporary and not very useful.

Fact: Biting Mosquitoes Are Female Ones

Mosquitoes that bite are always female. They need blood to grow their eggs, and certain amino acids are necessary for the eggs to mature. When there are fewer of these amino acids in the blood, the mosquito yields fewer eggs. Mosquitoes can sniff out exactly which blood has the potential to produce more offspring.

To combat mosquitoes and other insects, lemon candles are usually burned on a garden table. However, such lemon candles have only a temporary effect. Citronella is also not scientifically proven; deet, a substance that keeps mosquitoes away, is also not always recommended because it is aggressive, whereas putting a mosquito net over your bed is effective and harmless!

Fact: Mosquitoes Are as Old as Dinosaurs

Before we humans were born, mosquitoes lived quietly, sucking nectar from the natural world. The blood of dinosaurs would not have been so attractive to them, so it was not a burden to anyone.

Myth: Cigarettes Will Keep Them Away

Cigarettes are not only bad for our health, but they also do not keep mosquitoes away. They will be a little confused for a few minutes, but then they will come back to bite us more eagerly because we have produced even more carbon dioxide.

So far, there is no scientific evidence that ultrasound works, at least in the case of mosquitoes. However, due to human fear of chemicals and clever marketing strategies, ultrasonic devices have been successful, even though they are useless to these insects.

It is wrong to say that ultrasound does not work because mosquitoes cannot hear it. Mosquitoes, like many other insects, can sense sound. Indeed, they do not have ears, but they have an organ called the Johnston’s organ in their antennae, which can detect pressure waves (sound) propagating through the air, just like our vertebrate ears. Mosquitoes use the buzzing sound they make while flying to find each other and mate.

Were you aware of these facts and myths about mosquitoes? Let us know in the comments below!