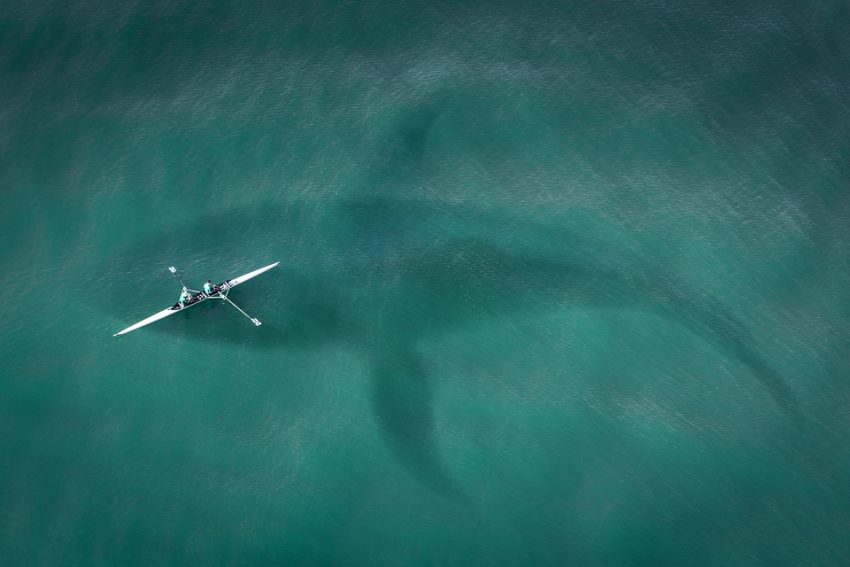 The Megalodon is considered among the largest sea predators that have ever lived. While they remain a source of fascination and a source of various people’s sea phobia or thalassophobia, many questions remain unanswered. Is the Megalodon still lurking in the depths of the ocean?

What is A Megalodon?

Before going any further, let’s present the star of our show. A Megalodon was a shark that went extinct about 2,6 million years ago, and they were eradicated when global cooling occurred. We’ve all heard of the T-Rex and how massive that beast was. Megalodons were said to be even larger and heavier, with estimates stating that these mega sharks could reach up to 18 meters long. Pretty terrifying, if you ask me.

Is The Megalodon Still Alive?

If you are keeping up with everything on social media, you should have come across many videos claiming the existence of the Megalodon.

There are tons of conspiracies theories, but we have to face the fact that the Megalodon is extinct. According to paleontologists, the Megalodon appeared about 28 million years before becoming extinct 2.5 million years ago. These estimates are based on Megalodon fossils now recorded in international databases such as The Paleobiology Database. Its disappearance could be due to the gradual arrival of an ice age or to the emergence of competing predators seeking the same food sources.

Even if the cause is uncertain, the disappearance of the species is unanimously supported by scientists. If a shark eating 60-foot whales still existed, we would see them often and there would have been plenty of evidence surrounding their presence.

A frequent counter-argument of the Megalodon’s “defenders” is that 95% of the oceans are still unexplored and they also advance that the giant shark could have been in the depth of the ocean. Still, as mentioned above, the Megalodon may have been extinct due to the drop in the ocean’s temperature.

Deepwater is obviously cold, and the Megalodons did not live in deep water. They lived in shallow coastal areas. They were not adapted to the deep sea, and there was nothing for them to eat in those areas, and you should know that Megalodons needed more than a thousand kilograms of food per day.

All of those, as mentioned earlier, huge ecological shifts signal doom for any apex predator. When an ecosystem fails, the top creatures in the food chain are the first to perish. Currently, the nutrient-poor warm ocean waters are insufficient to support a big apex predator like Megalodon. There are also insufficient cetacea to sustain Megalodon’s eating habits, and there are also no more nursing grounds left for Megalodon.

Megalodon: a certain source of entertainment.

Even if there is little to no scientific evidence supporting the Megalodon’s survival, they remain a source of inspiration for writers and filmmakers. But people should know the difference between reality and science-fiction. Notice that some documentaries presented by renowned channels are sometimes fake too; they only produce this content for the views.

Content producers on TV or the net should know that they create some sort of paranoia in some of their viewers who sometimes dedicate long years of their lives to proving the existence of the Megalodon.

An irrational fear of sharks

Fear of sharks is real, but do you know that sharks kill an average of 7 people a year while mosquitoes cause more than one million deaths? Shark populations are good for us as they keep ecosystems in balance. Sharks are not a threat to humans; more people from mosquitoes bite rather than being eaten by a shark. Let us know in the comments what interesting fact you have learned while reading this article…