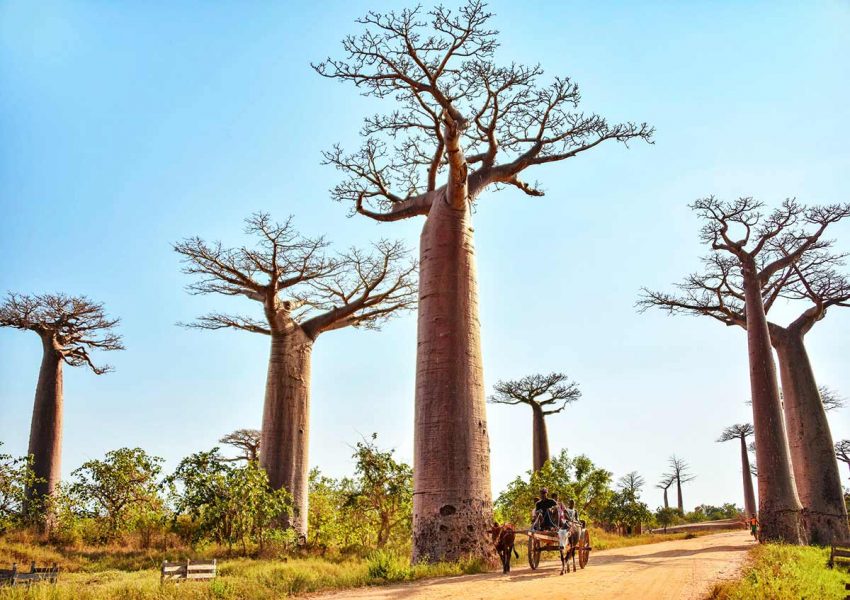 Except for a few rare cases, we don’t consider trees as a “monument” to be admired, we don’t go to a place especially for them. And we are wrong: there are trees in the world that rival the most famous works built by man. Of course, we are not talking about our beloved lemon trees, which make the company’s terrace even more beautiful, but about wisteria, elm trees, baobabs and other trees that are unique in size, color or bloom.

The Wisteria That Colors the Sky Purple – Japan

With its 145 years, it is not the oldest Wisteria in the world, but it is still spectacular: its large and thick flowering foliage colors the Japanese sky in pink and purple! It is located in Japan in the Ashikaga Flower Park.

The plant, which belongs to the vine family, is supported by a steel structure, so you can walk under its colorful and fragrant umbrella!

The Angel Oak is the name of a 20 meter high oak tree with a diameter of 8.5 meters that produces shade for 1600 square meters! This impressive 500 year old tree is located in the park that bears its name in Charleston, South Carolina.

It seems to be so named because in the days of slavery Angelo, owner of the land on which the plant stands, told stories of the ghosts of former slaves appearing as angels dancing around the plant.

The Cypress of Montezuma – Mexico

Perhaps planted by an Aztec priest 2000 years ago, the Montezuma cypress is actually called Arbol de Tule and is named after the church of Santa Maria del Tule in the Mexican state of Oaxaca.

Whatever its name, it is one of the monumental trees of the world, with spectacular measurements: the diameter of the trunk is 35 meters, the height of “only” 30 meters!

Methuselah: The Oldest Tree in the World – California

This tree full of vitality is found in the White Mountains of California. It is not by chance that it is called Methuselah: it is indeed 4847 years old, months more, months less!

It is known to be a beautiful pine tree with spiky cones, only 8 to 9 meters tall, located in the Inyo National Forest, although its location is kept secret to protect it from tourist crowds and vandalism.

Since it is in an area full of other ultra-millennial trees (Prometheus was 4,844 years old when it was cut down in 1964), often, those visiting these areas are not sure if they are standing right in front of Methuselah! 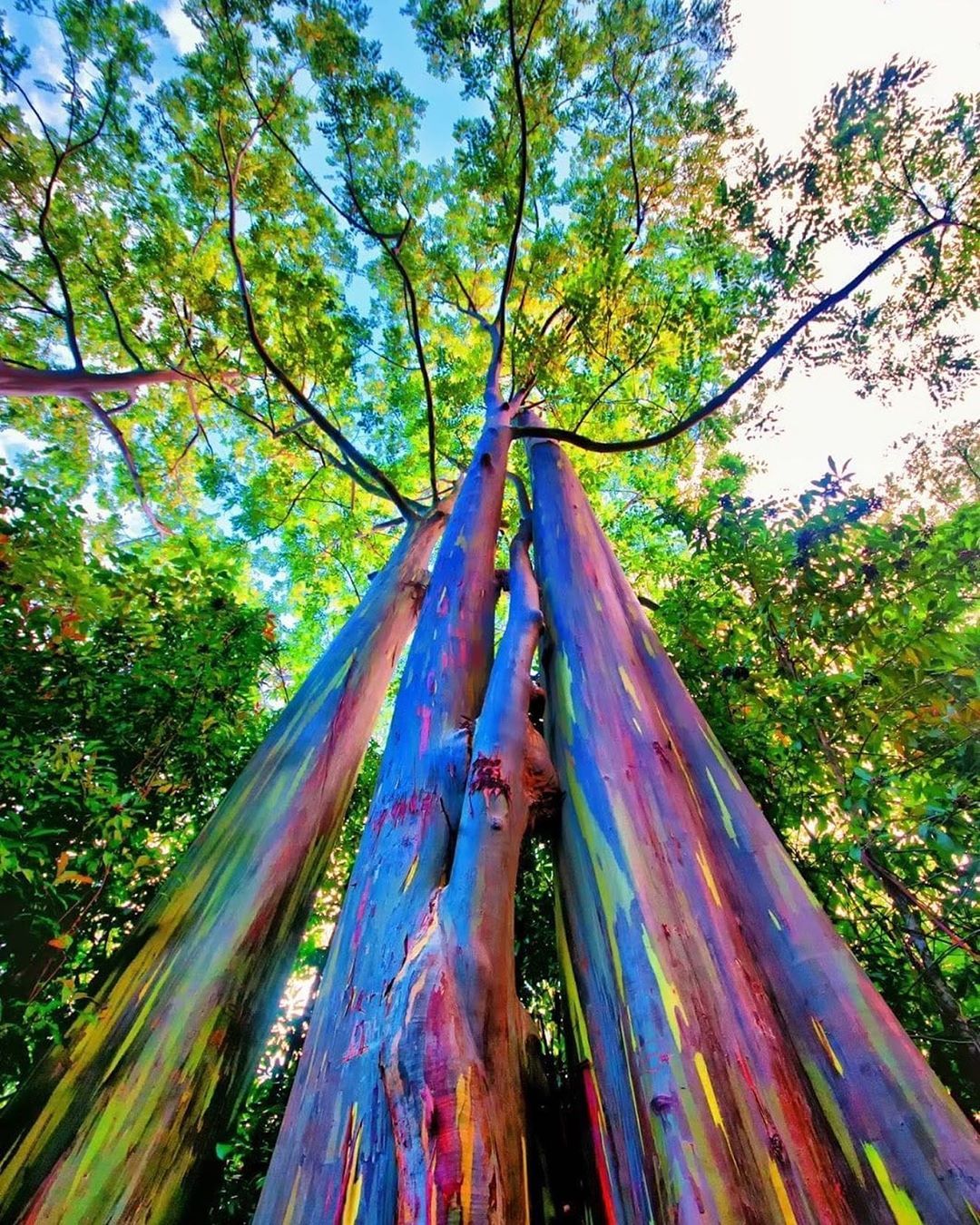 In the rainforest of Maui, in exotic Hawaii, grows a very special tree: the Rainbow Eucalyptus.

What is its particularity? Its trunk, which has all the shades of the rainbow! When you see it, you have the impression that it has been painted, but it is completely natural. The different colors are due to the bark which, when peeled off at different times, reveals the green of the innermost part which, with time, becomes blue and violet, until reaching shades of brown and orange!

The Tree of Life – Bahrain

It is not by chance that it is called the Tree of Life or Shajarat-al-Hayat, better known as the Tree of Life: this majestic acacia (Prosopis cineraria) grows in the middle of nowhere, in the desert of Bahrain!

Legend has it that this is the only surviving tree from the mythical Garden of Eden, more realistically, the plant was planted in 1583.

How does it survive in the desert? You might ask! Well, thanks to its deep roots that can reach 50 meters long, they are able to find the few underground water reserves.