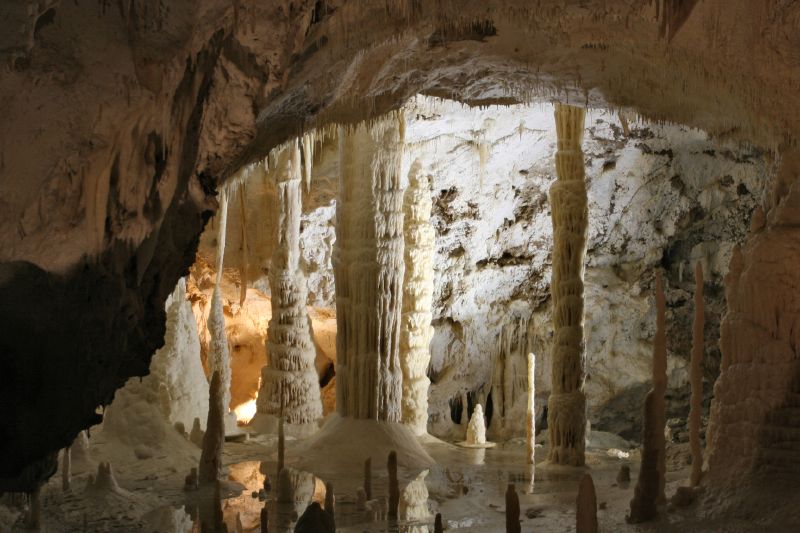 Thousands of caves are hidden in the most hidden places of the planet. The erosion of ice, lava or water is the phenomenon by which these magnificent places are created, which shelter unique formations. Today, we want to show you the greatest caves in the world. Are you ready explorers? Read on to find out more!

The caving enthusiasts who visit the Marche region in Italy cannot miss the Frasassi caves, one of the largest caves in the world. These karstic crypts of 30 kilometers have a walkable part in which you can cross different rooms. But the chasm of Ancona is the most impressive. It is so big that the Milan Cathedral could be housed there!

On the eastern slope of Kilauea, an active shield volcano in Hawaii, is a 65.5 km long volcanic tunnel, Kazumura Cave. This lava tube is home to magical places full of filtered tree roots and magma springs, an enclave worth exploring. Plus, if you’re traveling to Hawaii, you can complete the experience with a sunset boat ride. From fire to water in a second! Wouldn’t that be magical?

Although not one of the largest caves in the world, the Waitomo Caves deserve a mention on this list. It’s not every day you find a planetarium hidden in the rock walls. Yes, you’ve read that well! These caves were formed more than 24 million years ago by water erosion in the limestone and, in addition, a bioluminescent worm lives on the ceilings of the caves creating a magical atmosphere: the luminous arachnocampa species. If you are planning a trip to New Zealand, you can join the Hobbiton and Waitomo Caves tour.

In the limestone mountains of Extremadura is located the municipality of Mira de Aire, known as the Cave of Moinhos Velhos. This 11-kilometer cave has different rooms such as the Great Hall or the Red Hall, whose walls have reddish tones due to iron oxide. In the part that can be visited, you can descend to a depth of 110 meters. Although it is surpassed by many other caves in terms of extension, its height of more than 60 meters in some of its chambers gives it a gigantic appearance. If you are a lover of natural spots, you can’t miss the Benagil Caves as well, a natural treasure on the Algarve coast.

The longest explored underwater cave in the world, Ox Bel Ha, is hidden in the Caribbean landscape of Quintana Roo. An aquatic passage of more than 270 kilometers! In its long journey through the galleries, there are hundreds of cenotes and in the latest research, archaeological remains have been found and evidence that some of its corners were sacred places for pre-Hispanic tribes.

In this list of the largest caves in the world, you couldn’t miss Mammoth Cave, a 485 kilometer system of galleries at different heights located in southwestern Kentucky. In these caves live thousands of terrestrial and aquatic species adapted to the environment that are usually albino and devoid of eyes. If you are on a getaway in this region and in the United States, do not hesitate to visit this colossal enclave.

146 meter high canyons, waterfalls and calcium carbonate terraces make the Škocjan Caves an underground paradise and one of the largest caves in the world. In addition, these caves in southwestern Slovenia are home to endangered species, such as the picturesque human fish. A must-see if you are visiting the Carso region!

What are the most beautiful wonders you’ve visited? Share your experience with us in the comments below.