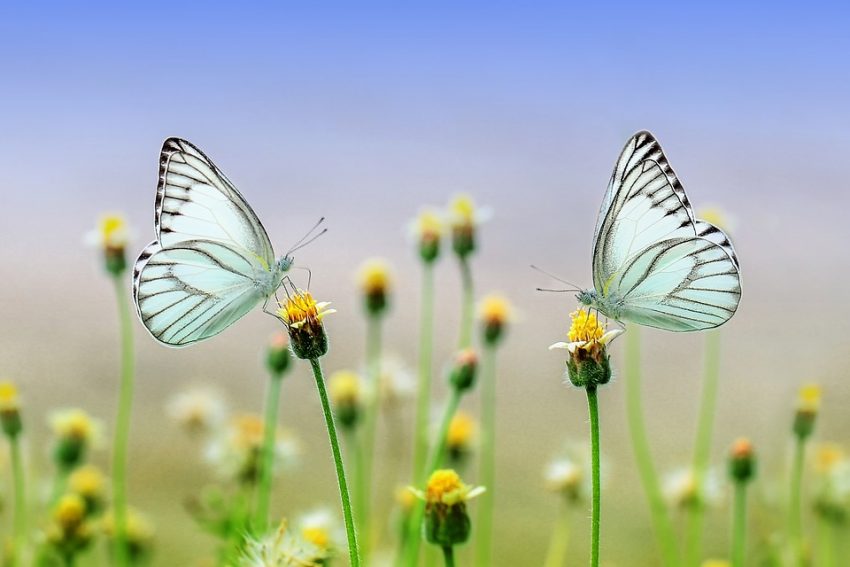 The beautiful insects we call butterflies appeal to almost anyone, even to those who fear or dislike other kinds of insects, such as wasps, bees or beetles. Small children often start their insect collection with butterflies and please, you know how many adults delight in collecting them, sometimes exploring remote and isolated areas in search of these species.

In this article, we will discover more about these attractive insects.

If you touch the wings of a butterfly, you will find that something like dust comes off on your fingers. The dust is actually made up of tiny scales and these scales grow in rows and give the wings their patterns of colors. The scales also account for the scientific name for butterflies, called Lepidoptera, which means “scaly winged.”

Where Their Colors Come From? 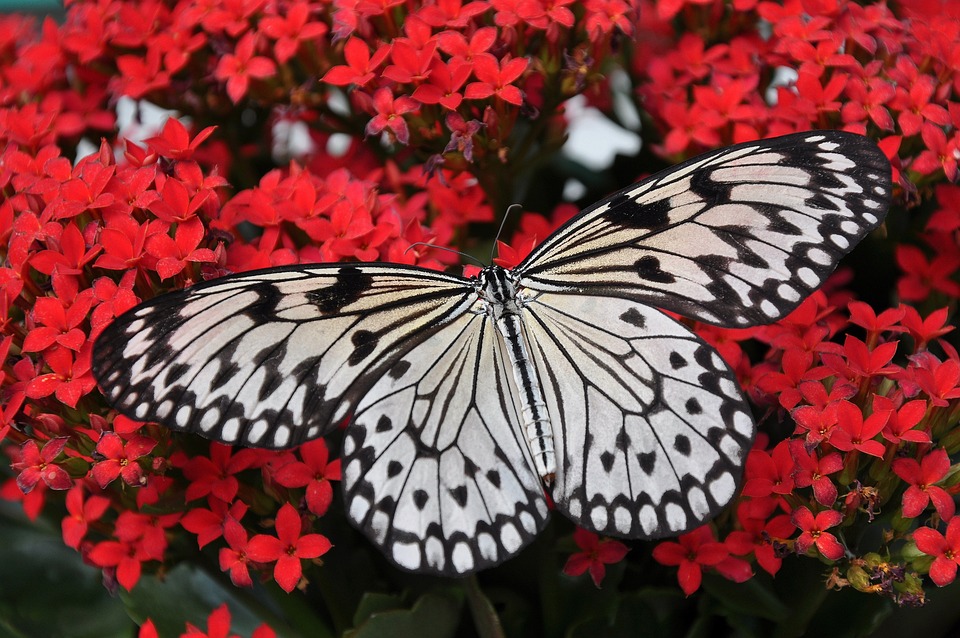 The colors that mark an adult may be of several types. Some scales hold pigment or colored matter and it accounts for the blacks, browns, reds, oranges, yellows and whites. Other scales catch the sunlight and separate it into different colors. This second effect may be caused by a thin, oily film on the scales or by a scale’s fine lines or ridges.

The Life Cycle Of Butterflies 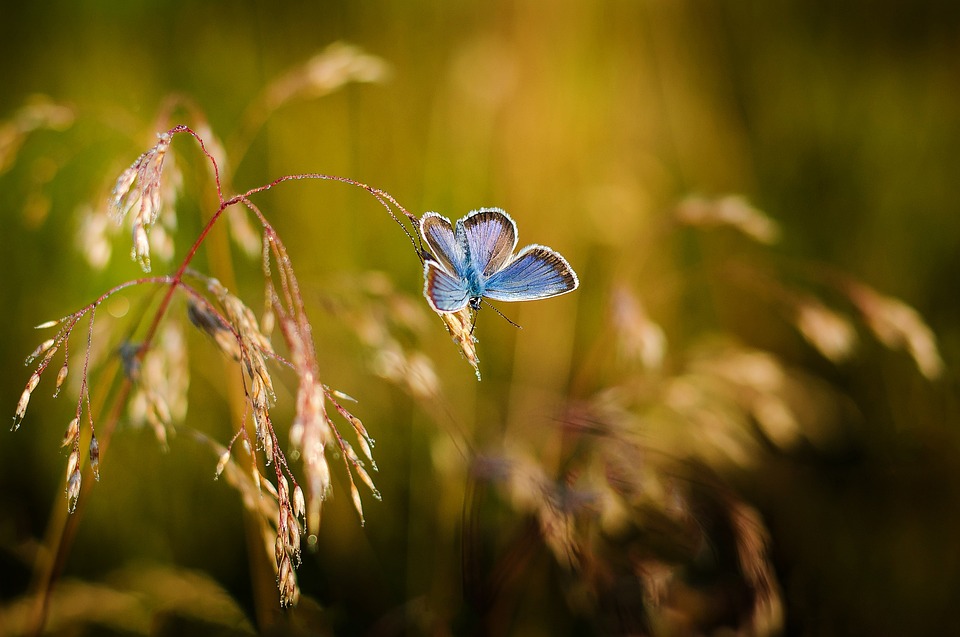 Butterflies are among the insects that pass through four stages in their life cycles. The first stage is the egg. Adult females lay eggs on the kind of plant their young will later need as food.

The eggs hatch into wormlike creatures known as larvae. The common name for the larvae of butterflies is a caterpillar. Caterpillar, busy and hungry, can eat once or twice their own weight in leaves per day. After several days of such feeding, they outgrow their own skins. Then they molt, splitting the skin and crawling out of it. Caterpillars may shed their skins four or five times in this second stage of the life cycle.

In the third stage, the caterpillar goes into a resting state and is called a pupa. Different caterpillars pupate in different ways. For example, many `caterpillars burrow into the ground while others hide behind loose bark or in hollow logs. Some caterpillars rest in cocoons, which they make by spinning thread from their mouths. The pupa does nothing except rest. This phase usually lasts two weeks but it may also last a whole winter. During this period, the caterpillar changes into a full-grown butterfly.

In its new and adult form, it emerges wt and shaky from the cocoon. As blood flows into the veins of the wings, the adult flutters and dries them. In a few hours, when the wings are strong enough, the butterfly flies off.

Let’s Dive Into the Senses Now 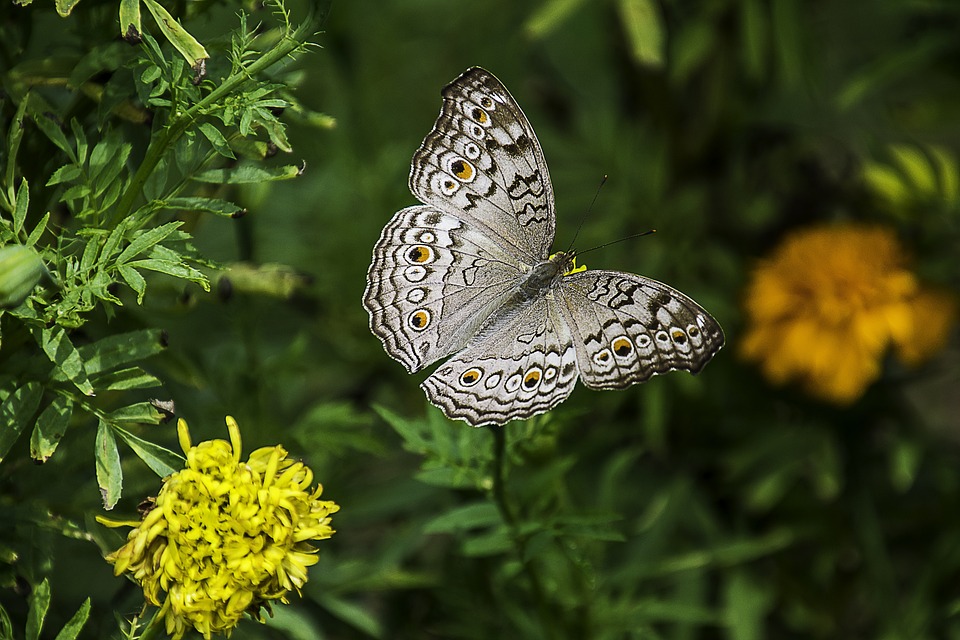 Butterflies are known for their keen senses of sight, smell and taste. The organs of taste in most butterflies are in the mouth. While, most organs of smell are found on their antennae. But, the mourning cloak, the red admiral and some other butterflies can smell things through “noses” on their feet.

Many butterflies have odors or scents, which they use for two purposes. One kind of scent is used to attract the opposite sex while the other is used to drive away enemies.

The scent of male butterflies comes from scales in pockets on their hind wings. During courtship, a male monarch butterfly may scatter these scent scales over the female. The scents of many male butterflies resemble those of flowers or spices and are often pleasing to humans.

When it comes to female butterflies, they produce their scents in special glands in their bodies and most of these female odors are disagreeable to the human nose.

Were you among those who were fascinated by these beautiful creatures? Tell us more in the comment section below!