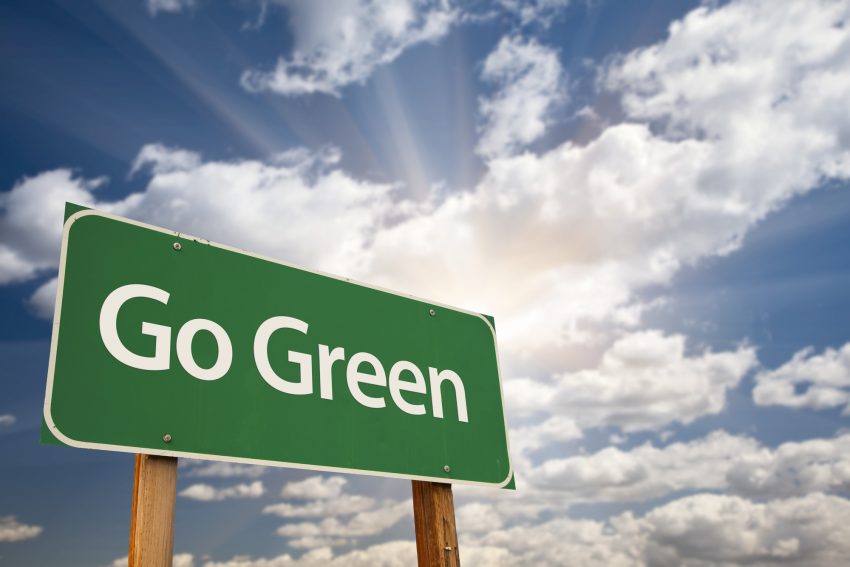 Are You Ready to Give Up Some Things to Save the Planet?

The ecological emergency is no longer concealable. The facts are real, and their consequences are terrible for the future of the planet. Today, we know that it is necessary to change our life habits and give up some of our comforts far from being ecological. Recommendations are suggested to get our heads above water, but are we ready to change some things?

Ten years ago, Americans were motivated to change their habits to save the planet. When we hit the wall, the enthusiasm is lost because of the magnitude of the sacrifices required.

Has man become too selfish?

Mired in his daily routine and refocused on himself, modern man feels reassured by possessing. His lifestyle leaves very little room for nature, for others, and life. When we talked about the ecological emergency a few months ago, or even a few years ago, most people thought it was an unfounded alarm. That we would “have time”!

We have to admit that this time, we don’t have it anymore. The countdown has started, and the climate skeptics are no longer credible. The children are giving lessons to the adults; the thinking heads are now outdated. Turning back the clock is not a sensible option for many people and cutting back even a tenth of the comfort we enjoy seems unthinkable.

While some are wondering how to act, others are taking the initiative. Innovative projects are emerging: the boat that cleans the oceans, bulk stores, large-scale recycling, buying second-hand clothes, companies that use alternatives to plastic…

Everyone is doing their best on their side. Big marches are organized to defend the planet. Ban Ki-moon said.

“We are the last generation that can change the course of climate change and the first that must live with its consequences.

This truth is verified every day.

The various governments are feverishly trying to put measures in place, but these are often long-term measures, so it doesn’t seem very easy to see a successful outcome. The change must be made immediately, without notice, as Aurélien Barrau reminds us. And while Greta Thunberg is pouring out a torrent of truths to the leaders of this world with her now-famous “How dare you? “the rest of the planet is holding its breath, hoping for a miracle.

Give up some comfort? Of course!

In 2009, Marie Claire magazine conducted a survey on all the little things we should give up, at least in part, to give future generations a chance. Internet users were relatively motivated to make some changes in their daily habits. Ten years later, when faced with the wall, they are less willing to make changes, and their motivation is close to zero. But in the end, what should we sacrifice?

Let’s be clear when we say “not to do anymore”, we must understand, “to temper or slow down considerably”. The consumer society has created a multitude of needs in our lives. The question today is whether or not we are strong enough to say “stop” or whether we prefer to continue to keep our blinders on, making us, in the end, selfish.

So, what do you think? Would you be willing to:

The idea of becoming vegetarian, vegan, or vegetarian overnight puts the followers of these dietary practices directly in the extremist box. Imposing is not the proper method. It is better to explain, to show, to repeat, rather than to impose.

In the case of meat, two factors come into play: pollution and animal suffering. Regarding pollution, it is essential to know that to produce one kilo of beef, the greenhouse gases emitted are equivalent to a 60 km car journey and require between 20 and 50 times more water than what is needed to produce one kilo of wheat or rice.

Regarding animal suffering, we have always been comforted that only cats, dogs, hamsters, rabbits, and birds were pets worthy of having feelings. Other animals were considered wild and destined to be eaten, regardless of their age. We have to accept what we have on our plates to make a difference.

So, if eating meat is not vital, it may be that it remains unavoidable for reasons of terroir, roots, etc. The idea is not to eliminate it, but to consume less and better quality meat so that our food looks more like it should. At present, our children consume too much meat and proteins, according to a study conducted by Greenpeace and relayed by the Food Observatory. Eating is no longer vital; it is a need created by the consumer society, thus generating a multitude of diseases—obesity and diabetes in particular.

Sell your car and use public transportation. Could you do it? The vehicle is accused of releasing an average of 2.5 tons of CO2 per year. The proposed alternative solutions (hybrid vehicles, electric cars, etc.) are only a shadow of so-called “sustainable” vehicles. Ten years ago, nearly half of French people said they were ready to leave their car in the garage.

If the craze for public transport still bothers some users, nothing is done to reverse the trend on the government side. Public transportation is no longer free for students and the elderly; suburbs are sometimes very poorly served, etc. However, there are incentives to buy an electric bike or ride a bike to work every day!

Flying is undeniably polluting. It would help if you only do national air travel in case of emergency. The idea of making airlines pay a pollution tax would be pure nonsense since, in the end, it would be passed on to the ticket price, and therefore to the consumer. So what to do? Ban them? Too many economic stakes… What if reason and common sense were finally enough to decide? Flying, yes, but not every day and not on national routes.

Flying is not only harmful. It can also motivate new experiences, such as discovering certain civilizations, visiting family, etc. Of course, it is sometimes possible to use other modes of transportation, more respectful of the planet.

But in some cases, the plane is almost unavoidable, like going to the other side of the planet. It’s all about balance. If you have to fly once a year, try to balance your carbon impact by eating less meat, driving less daily, or funding a tree-planting organization accordingly, for example.

This is the most straightforward effort to make and the starting point when you want to take a more ecological approach in your daily life. Better consumption has repercussions on at least three factors: economic, ecological, and sanitary.

Consuming tomatoes in winter is not normal. Consuming products from Asia or Africa every day is not normal either. Of course, if you eat one pineapple a month, your impact will be almost zero. However, if you eat avocados at almost every meal, the consequences are not the same.

Eating local and in season does not prevent you from having a mango once in a while. But the idea is to favor the cycle of nature and consume what it offers us in real-time. It is also necessary to put on one’s apron, try recipes, and start cooking again to become aware of what we eat and eat better. Forget about overpriced, fatty, salty, and sweet prepared meals. Going back to basics is within everyone’s reach, even if you are not a cordon bleu and don’t necessarily have the time to cook elaborate meals.

Organic food is becoming more and more popular, but here again, be careful, not all labels are equal, and sometimes a vegetable grown by a market gardener near you without an organic label is often of better quality (and cheaper!) than a vegetable with an organic brand sold in a supermarket.

Moreover, consuming food by limiting over-packaging is also beneficial. The hunt for single-use plastic is on, so why not use the many alternatives that exist today? Reusable bottles, food films with beeswax, washable paper towels… are habits to adopt to change things at home and thus have a less polluting impact on the planet.

When it comes to non-food items, thinking about repairing rather than throwing them away to buy again is also a great option to make items last over time and save money.

The minimalist trend has followers all over the world. However, brands are still very much alive, even though some have very un-human practices to design their clothes, such as low wages, child labor, fur, dyes that are harmful to health, wastewater discharges into rivers, etc. After the oil industry, the textile industry remains the most polluting in the world.

Some brands are now “green” and show their difference while following the fashion to tempt the fashionistas to assume their passion for ecology. After the fridge, buying less but better is also valid for the dressing room.

6. Consume water in a reasonable way

Taking a bath costs not only a lot of money but also wastes a lot of water. Showers are still the best alternative for washing. Many tax credits or aids are now available for water heating retrofits. Thermodynamic water heaters, solar water heaters… allow real savings, quickly making the initial investment profitable.

Teaching children to turn off the tap while brushing their teeth or rubbing their hands is very easy. At a very young age, the best (or worst) habits are formed and kept for life. Think about it!

Thinking that abundance is unlimited is a utopia. Thinking that possessing something gives meaning to life is just as utopian. Consuming less, in general, is good for the planet, for the wallet, and people. So, what do you think? Would you be ready to make such changes in your life to save the planet?