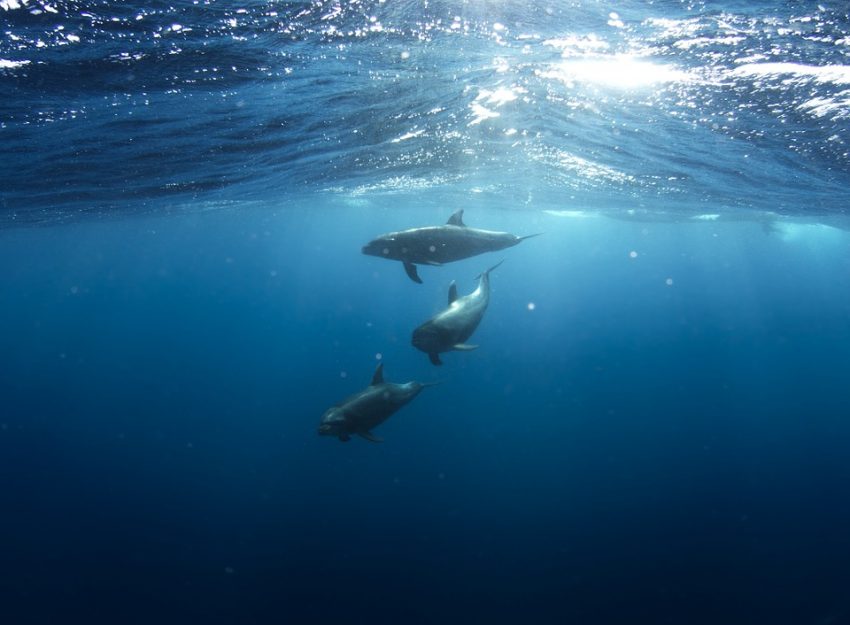 Dolphins are considered very emotional mammals that can form deep bonds of affection with both other dolphins and with humans. If you want to learn more about these interesting mammals, I invite you to read the following article.

Dolphins and Their Young 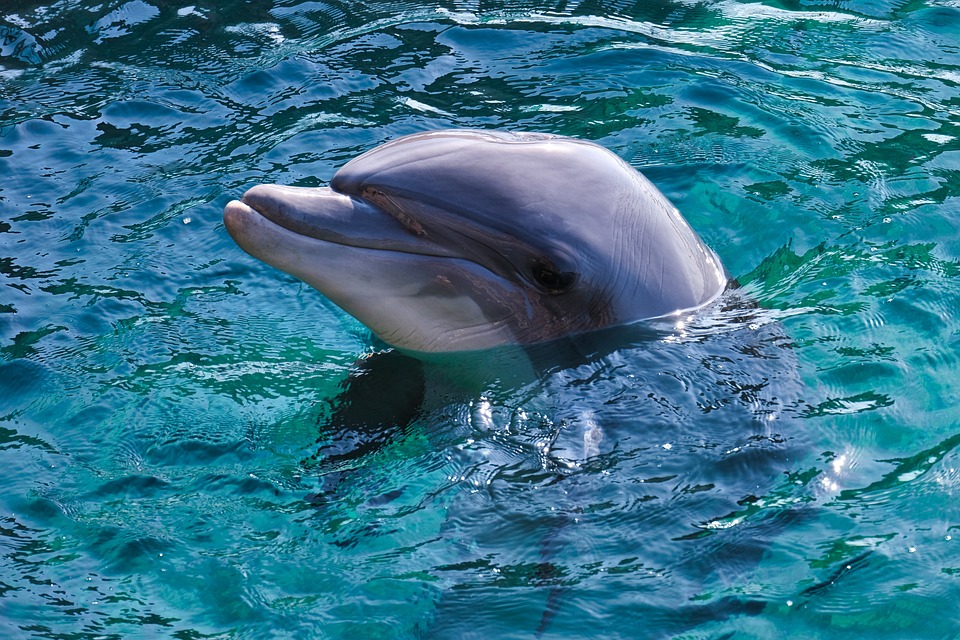 As mentioned in the previous blog article, one trait that identifies dolphins and other whales as mammals is the facts that they bear live offspring and suckle their young. The gestation period for dolphins is 10 to 12 months. The young are fully developed at birth and may be quite large – sometimes half the length of the mother and up to one-sixth of her weight. There is usually only one young, twins and triplets being about as rare as they are in humans.

When the female dolphin is about to give birth, she begins to swim more slowly than usual. Some of the other female members of the school stay close to her, probably to offer help and to prevent her from being separated from the school. When the young dolphin emerges from its mother (always tail first), one of the dolphins (probably a family member, I guess) escorts it quickly to the surface so that it can take its first breath of air. While the calf (that’s how the offspring is called) remains young, one of the dolphins swims beside it on the opposite side from the mother so that it is protected on either side.

The mother dolphin suckles the calf for a year or more. The calf nurses under water, where the mother squirts milk directly into its mouth by means of a muscle associated with the mammary gland. Dolphin milk is very rich in fats and proteins and with it, the calf grows rapidly. However, despite this rapid growth, sexual maturity is reached at very different ages in different dolphin families. It is said that the common porpoise is sexually mature by 15 months of age. But the bottle-nosed dolphin only reaches sexual maturity at five years of age. 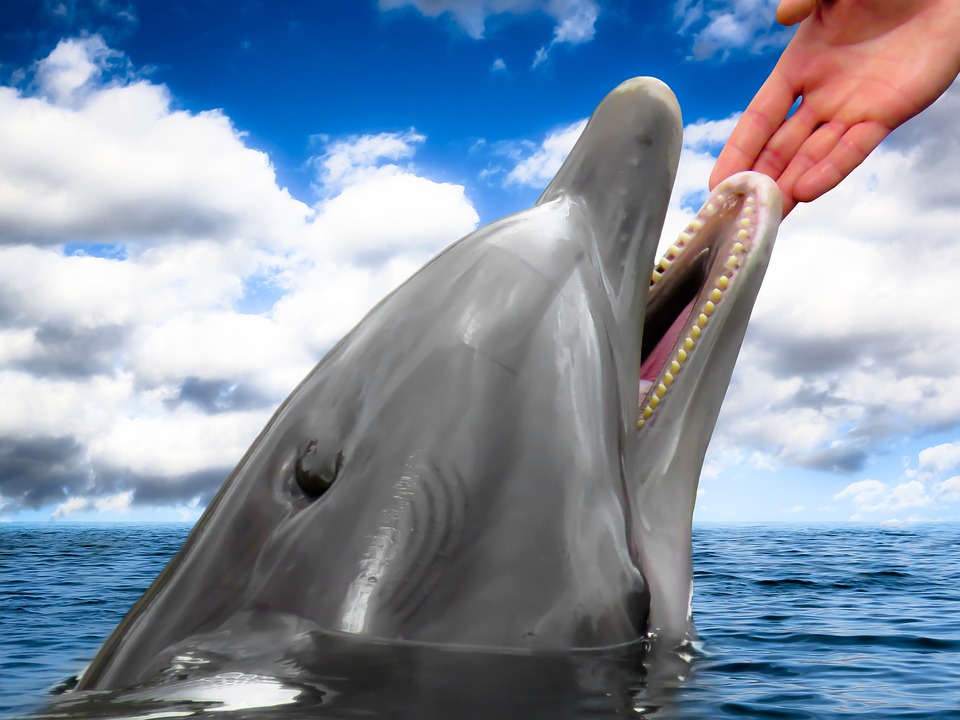 Dolphins make many different kinds of sounds or vocalizations, sometimes referred to as “beeps”, “whistles,” and “clicks.” Some of these sounds are within the range of human hearing and others are outside of that range. Previously, we have already mentioned the dolphin’s use of its own sounds in the process known as echolocation. But, still, much of the research carried out aims to find out if and how dolphins use these sounds to communicate with one another. Scientists believe that some calls are attempts to keep the school of dolphins together and also to warn of danger.

Let me share with you an interesting research that was carried out with sperm whales (who are the close relatives of dolphins) and that might shed some light on the vocalizations of dolphins. It all started when some researchers working in the Pacific Ocean managed to separate a sperm whale calf from its mother. Before reuniting the two, the researchers recorded the pitiful wails of the young whale, presumably crying for its mother. Apparently, the calf also emitted regular high-pitched “beeps” that sounded nothing like its other cries. The two kinds of sounds seemed to be produced by different organs of the body and to be sent for different purposes. The exact purpose of the “beeps” remains to be learned.

John C. Lilly, an American neuroscientist who was also a member of a generation of counterculture scientists and thinkers, worked for several years to discover the secrets of the dolphins’ sounds. He reported that he succeeded in getting dolphins to imitate some English words, though the dolphins sometimes “speak” too fast to be understood by the human ear. Can you believe that? Dolphins talking like us?

Well, although Lilly has not really proved that dolphins could produce two-word sentences on their own, which is the basis of a thought-carrying language, many have high hopes of learning more about dolphin communication.

According to you, was the research of Lilly genuine or not? Please tell us what you think about his hypothesis in the comment section below.