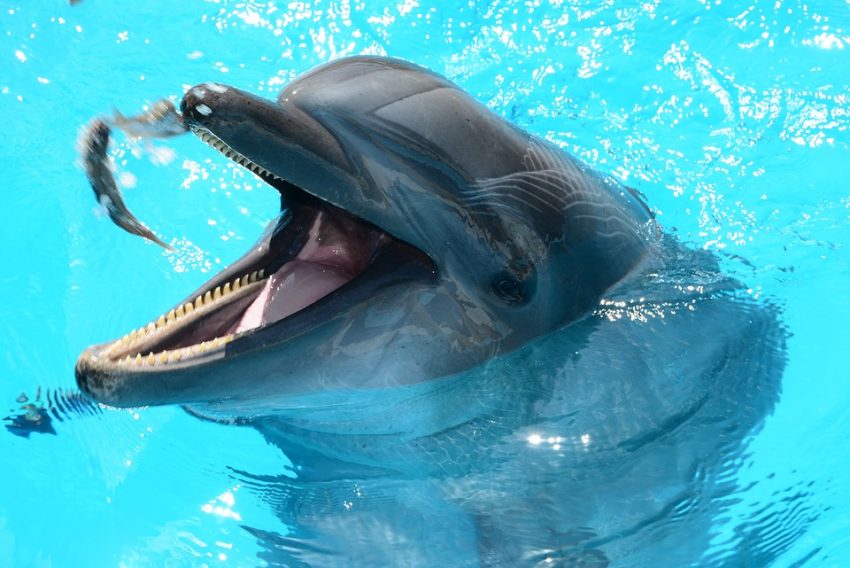 People traveling by sea often see fishlike creatures leaping about in the ocean and often, these creatures come so close to the ship and travel along with it so faithfully that they are said to be “escorting” it. However, these friendly creatures are not fish. Instead, they are dolphins, sea-dwelling mammals classified with whales in the order Cetacea. So, let’s discover more about these mammals.

Into the lives of dolphins 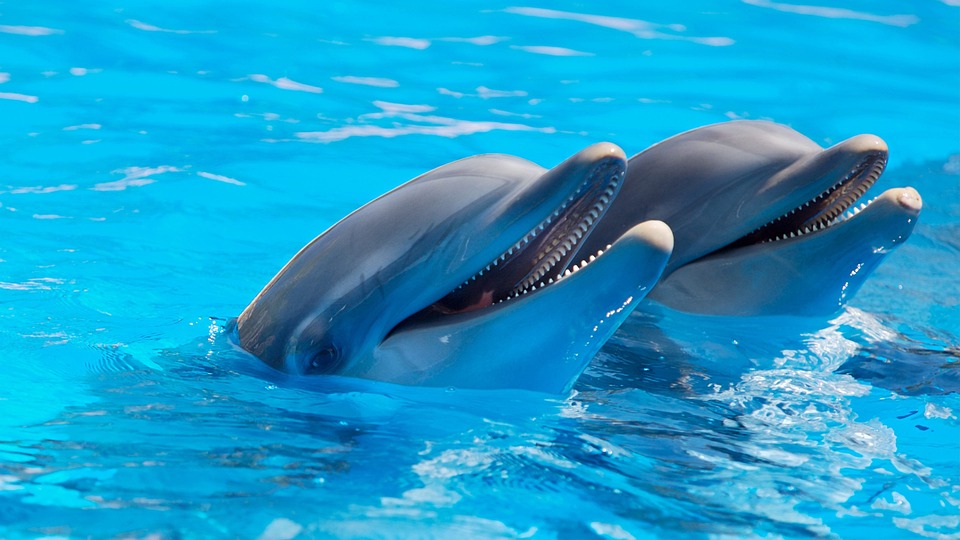 Dolphins were considered sacred by the ancient Greeks and were described by the Greek philosopher-scientist, Aristotle. But in ancient times – and in fact, up until the late 17th century, dolphins were thought to be fish because of their fishlike shape, their fins and the fact that they live entirely in the water. However, when scientists began to classify animals according to similarities in their structure and function, it became clear that dolphins are mammals. They are warm-blooded, give birth to offspring and suckle their young. And, though they live in water, they breathe through lungs and must come to the surface for air.

Like the whales, dolphins are the product of gradual adaptation to life in the sea by a former land-dwelling animal. And, also like the whales, the dolphins have large brains and are highly intelligent.

Another trait dolphins share with whales is the ability to produce high-pitched sounds or “songs.” Dolphins use their sound equipment to signal to one another and to locate food – usually fish or cuttlefish – and other objects through a process known as echolocation. In this process, the dolphin’s sounds echo off or bounce back from distant objects, letting the dolphin know where the objects are located.

Since the early 1900s, scientists have been studying dolphins. However, even though we are learning to appreciate the sophisticated life and behavior of dolphins, over 100 000 dolphins a year are being killed. The spotted dolphin, the spinner dolphin and the common dolphin habitually swim with the yellowfin tuna, which are usually taken in special nets called purse seines. The tuna fishermen set the nets under the schools of tuna and when the nets are closed and hauled in, many dolphins are trapped. The dolphins, which are air-breathing animals, may drown in the nets or, once on deck, die of exposure.

The Intelligence and Behavior of Dolphins 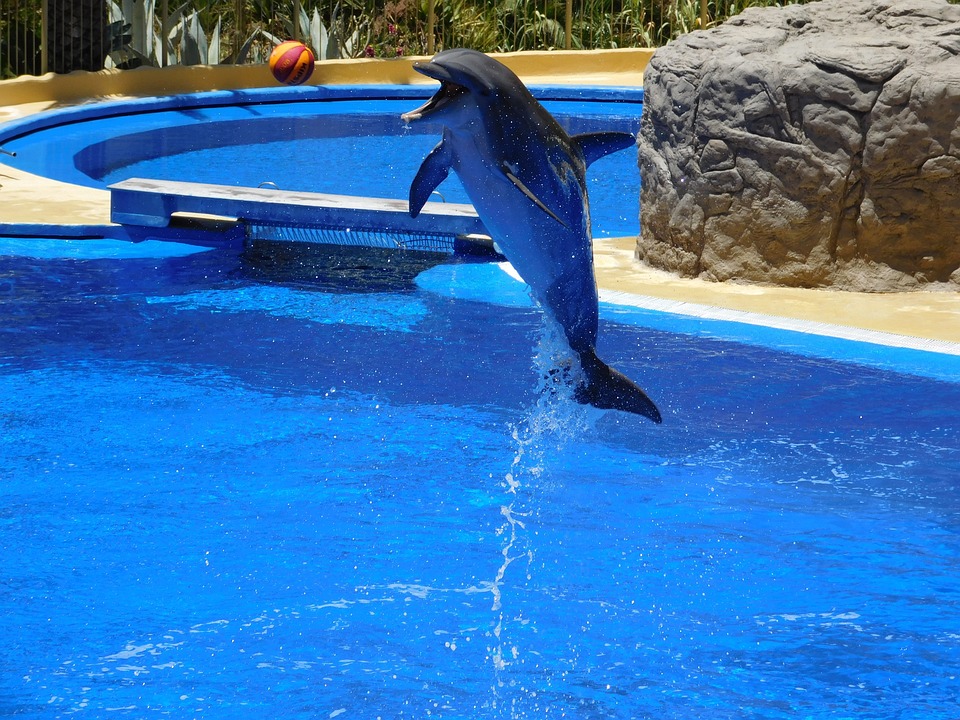 Many ancient people and especially the Greeks, accepted the fact that dolphins were nearly as intelligent as humans. They readily believed stories of heroic acts by dolphins and of remarkable friendships that occasionally developed between dolphins and human beings.

According to one legend, Telemachus, the son of the Greek hero Odysseus, fell into the sea and would have drowned had a dolphin not discovered him and pushed him to shore. Thereafter Odysseus carried the picture of a dolphin on his shield. This story was recorded by the Roman writer Plutarch and is the earliest known account of a dolphin’s helpfulness to a human.

An early story of a dolphin-human friendship is told by the Roman scientist Pliny in his Natural History. In a lagoon in Italy, there lived a dolphin who became the friend of a young boy. This boy had to walk all the way around the lagoon every morning to get to his school in the town of Puteoli. After a while, the dolphin began to let the boy ride on his back and at last began to carry him all the way across the lagoon to school each day. Not only that, the dolphin soon began calling for the boy after school so that he could carry him back home again.

It is well known that dolphins can learn many complicated tricks from their keepers. But what reveals dolphin intelligence more clearly is the games they invent for themselves and then teach to humans. A game of “catch” with an inner tube was invented by some dolphins in an aquarium, but it took a human onlooker whom they were trying to interest in the game some little time before he understood that he was supposed to return the inner tube that was being repeatedly tossed at him by the playful dolphins.

There is more to learn about dolphins. If you find this article interesting, please share your comments below and come back for part 2.