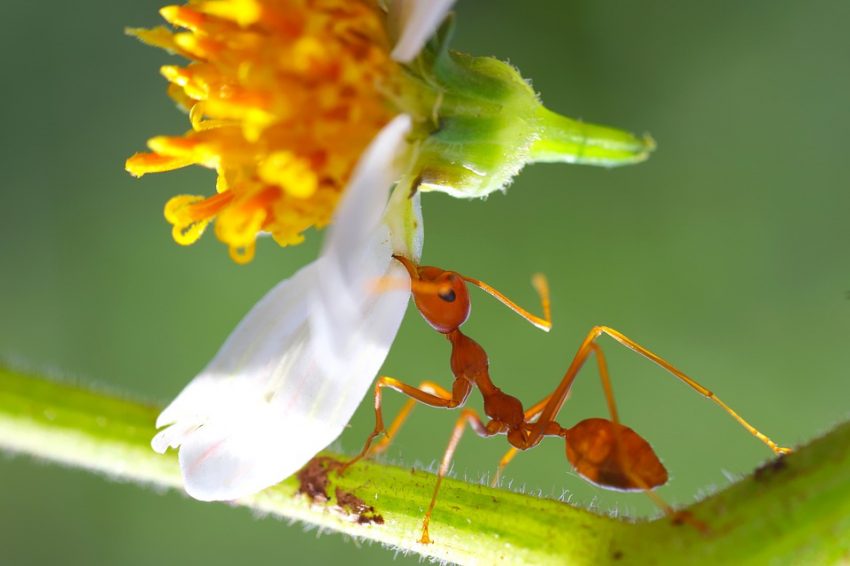 In the last two previous articles, we discussed a variety of things on ants. However, today we will explore some more unusual and mysterious aspects of these tiny creatures.

The ability to lay and follow scent trails is really a form of communication. For certain kinds of ants that are blind, the scent is especially important. It is also a means of communication for many different types of sighted ants. Most recognize others of the same colony by their odors. Did you know that honeybees and some other social insects also have this same ability?

To signal danger, certain ants can even give off a poison from the tips of their abdomens. The scent then “excites” and warns nearby ants. There are some other ants that can communicate by sounds. An ant rubs one part of its armor-like body against another. Sounds made in this way are called stridulations. A number of ants have stridulating organs. The sounds they produce are like those made by crickets and katydids. For example, if one of the large workers of the Texas leaf-cutting ants is held near the ear, a squeaking sound can be heard. 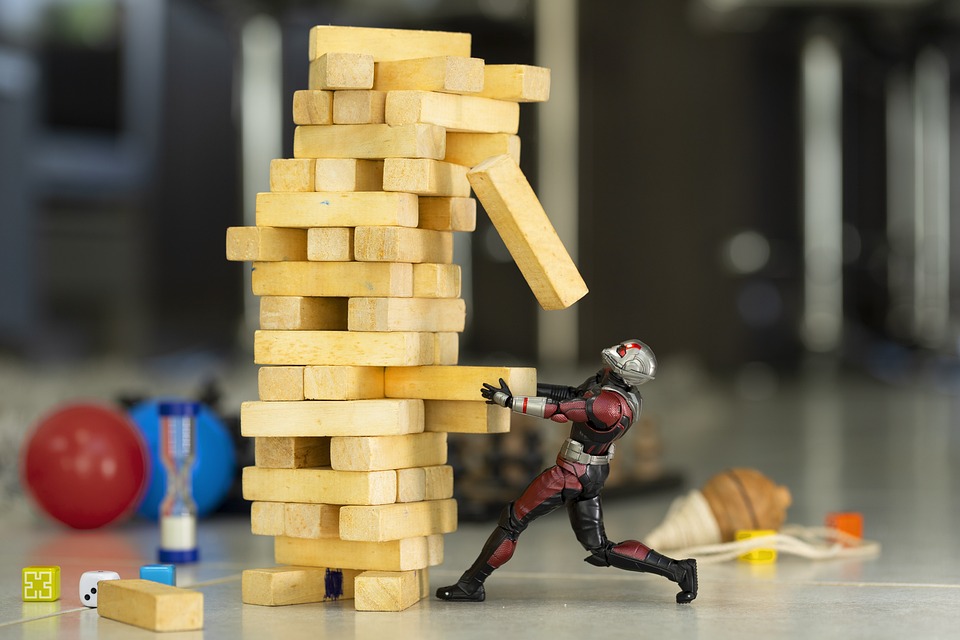 If you turn over a stone under which a colony of large ants is located, then I am sure you may find a second colony of tiny yellow ants near the cells and tunnels of the larger ants. These yellow ants are called thief ants because they invade the tunnels of the larger ants and steal food. And, as they are so small, they can easily escape into their own tiny tunnels. Yes, they are so small that even the large ants cannot follow and destroy them.

Fascinating how there are thieves even in the world of ants, isn’t it? 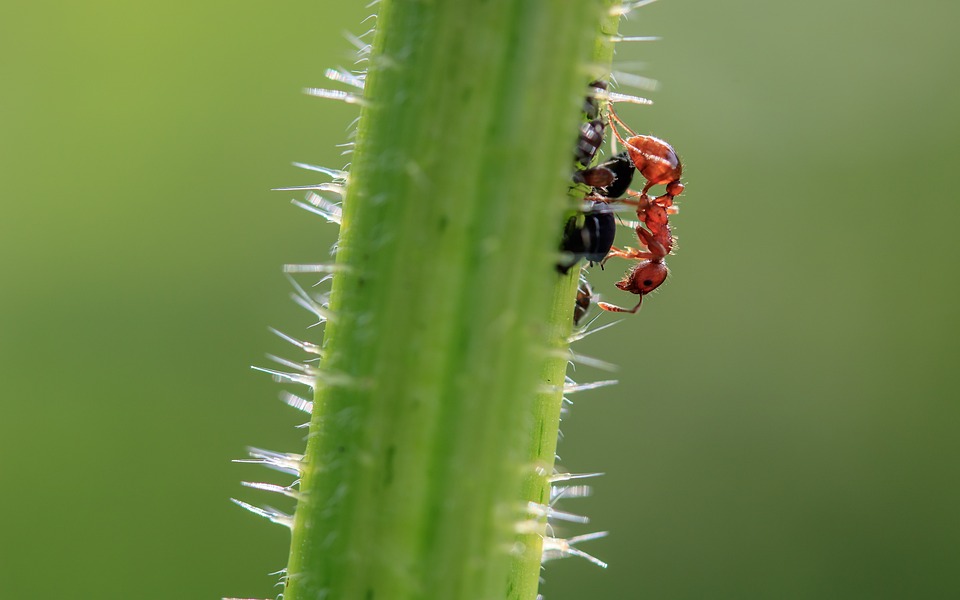 In the human world, slavery may have been abolished, but there are several species of ants that make slaves of other ants. Can you actually believe it?

For instance, in North America, there is a species of large red ant that keeps as slaves a closely related but smaller species of black ant. The red ants make slave-hunting raids on nests of the smaller ants and carry off the young. The kidnapped ants then grow up as slaves, doing the work of the red-ant colony.

In some cases, a colony that starts with red ants often ends up with three times as many slaves as slave hunters. The red ants can get along without slaves, but they usually have them.

Who would have thought that there would have been a world of slaves and master even among ants?

But, now, let’s discover an unusual case of ant slaves.

Compared to the above-mentioned slave ants, the amazon ants must have slaves because they have completely lost the ability to take care of themselves. These ants then make regular slave-hunting raids on more timid ants. Curiously enough, the enslaved ants become somewhat like their captors, developing an aggressive nature. Sometimes, they go on slave-hunting raids with the amazon ants, even against their own kind.

Besides, as the queen of amazon ants cannot take care of herself or her offspring, she unusually establishes a new colony. After mating, she invades a nest of slave ants. The amazon queen kills the queen of the slave ants and establishes herself as the egg-laying queen’s mother. The slave ants take care of her young and in time, her young take over the nest completely. Then they carry on the colony with the aid of the captured slaves.

Wow, I must say this looks like a real war of succession. I can even name it the “Ants Game of Thrones.” 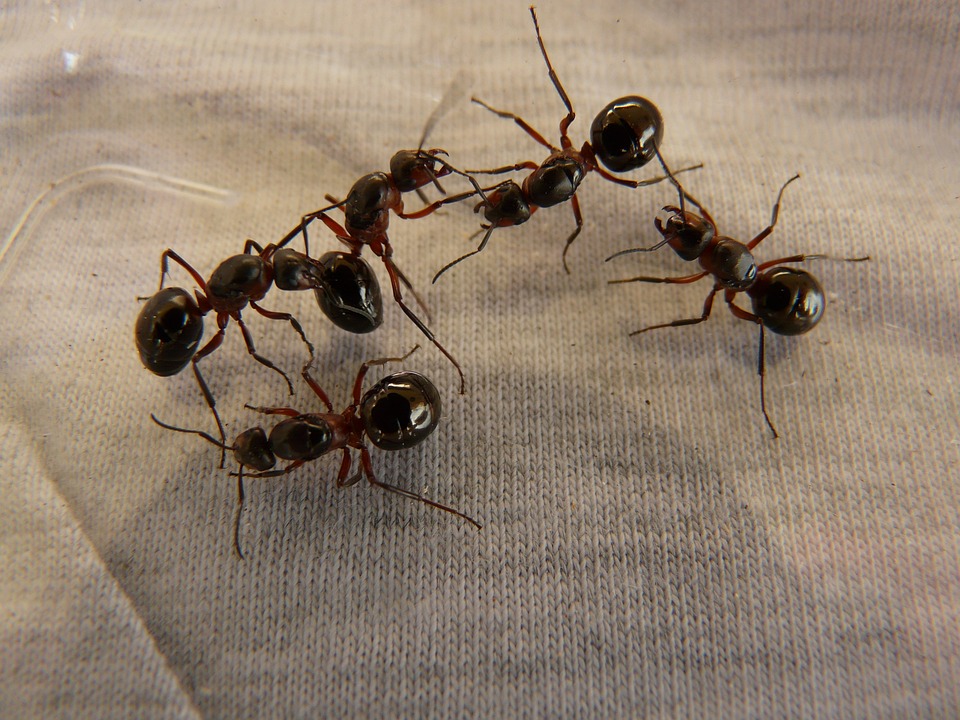 You will be surprised to learn that sometimes ants allow guest insects into their nests, taking care of them as if they were pets. And in some cases, the guest insects get even more attention than then ants’ own young. Unfortunately, there are also some cases where the guests turn out to be vicious, killing and eating the young ants.

Have you ever thought that there could be thieves, slaves or even pets in the world of ants? Please share your comments if you liked this article.