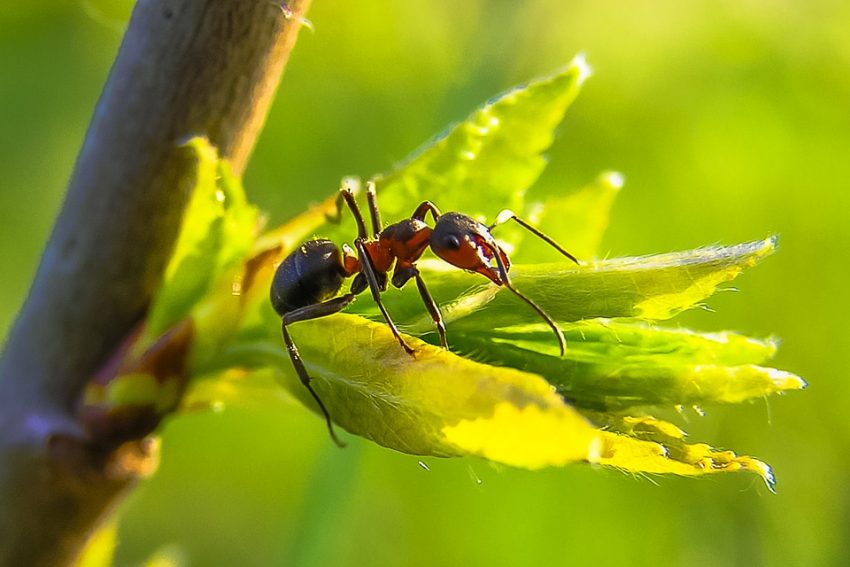 Despite their size, ants are very fascincating social insects. Today, we shall learn more about these insects. 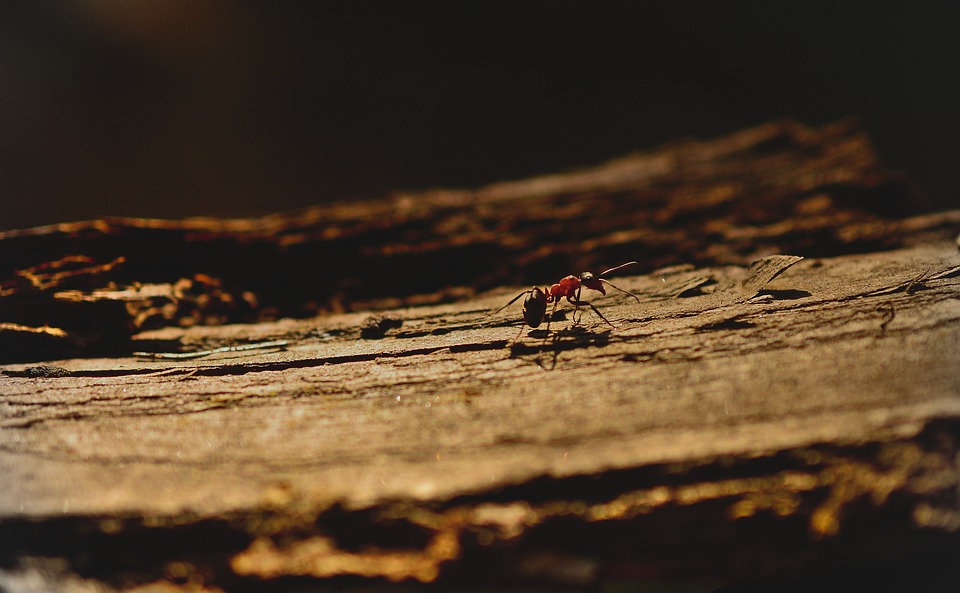 At specific times of the year, usually in spring, a number of males and queens develop in a nest. Winged, they soon swarm out and fly off. During or at the end of the flight, they mate. Afterward, each male seeks shelter as he does not return to the nest. He may fly around for a while, but within a few days, he dies. Sad, isn’t it?

However, each queen flies off to choose a site for her nest. One of her first acts there is to bite off her wings. Wings will not be of any use in her future life. The queen ant is then ready to establish a new colony by laying eggs.

Usually, the young queen takes care of the first generation of ants she produces. After the larvae (young ants) are hatched, she feeds them. In time, the larvae become full-grown and change to the pupal stage. Sometimes the papae are enclosed in white cases, known as cocoons. The cases are what people often call “ant eggs.” Actually, the true eggs are almost microscopic in size and are seldom seen by the average person.

After a while, adult ants emerge from the pupal cases. This period varies from one to several weeks. This first generation of ants usually consists entirely of female workers. They at once take over the duties of food gathering and colony defense. Later they will care for the new young ants. As the colony grows, the queen’s only function is to lay eggs. Having mated just once, the queen is able to lay fertilized (as well as unfertilized) eggs for the rest of her life. There are also some queens that may live for many years. 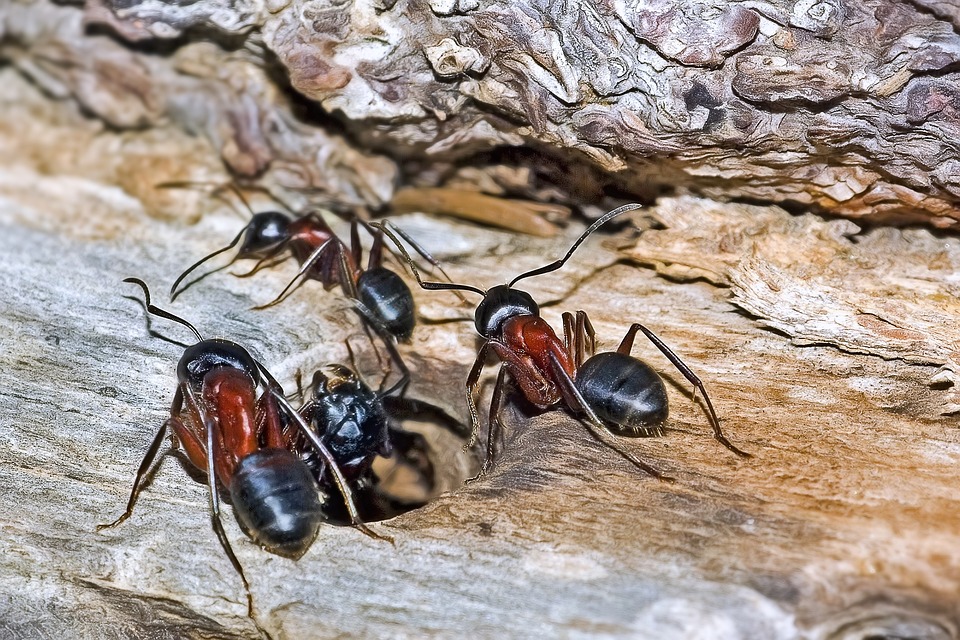 Ants build their nests in a great variety of locations. Many kinds dig their nests underground, where they are safe from enemies and bad weather. Other ants build nests under rocks or in rotten logs. Some dwell inside living plants.

Certain ants have become very skillful at nest construction. For example, did you know that in the United States, acrobatic ants build shelters around twigs to protect their insect “cows?” Their shelters are usually made of vegetable fibers that the ants chew into a pulp and then let dry. The finished material is like the paper made by hornets. These are called “carton” nests and these types of nests are also built by ants in tropical countries.

However, the most unusual method of nest construction is that used by the weaver ants of southeastern Asia. They fasten growing tree leaves together with silk threads and if a space separates the leaves, the ant workers grasp the edges with their jaws (yes their tiny jaws) and pull them into place. And, if the leaves are far apart, then a number of workers join in a chain and slowly draw the leaves together.

How Ants Find Their Way? 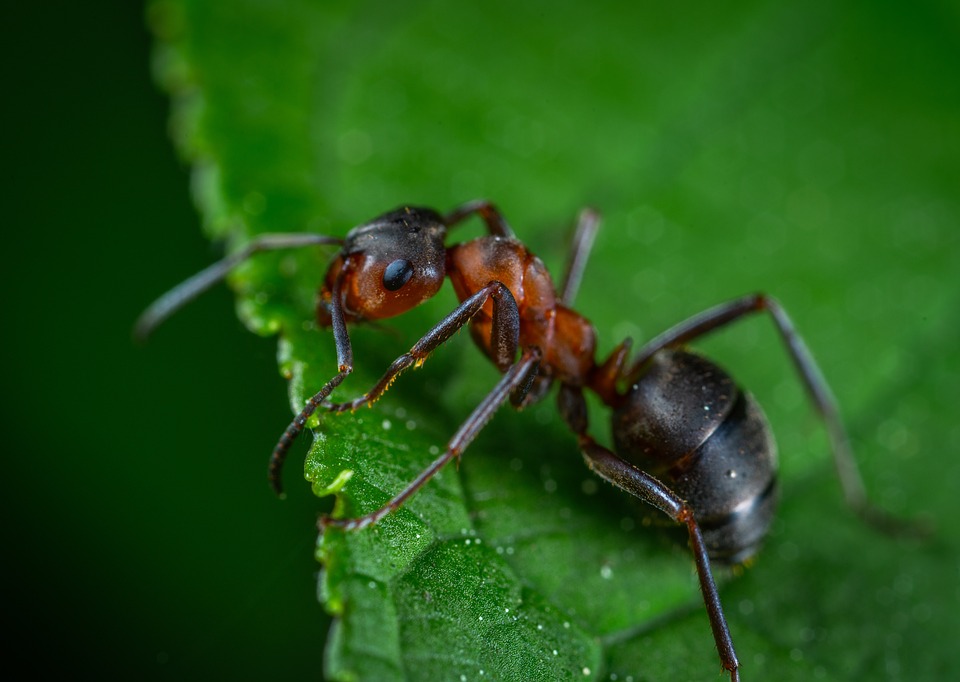 Ants must often travel great distances in search of food. Scientists have long studied how the ants find their way back to the home colony. Some ants get their bearings from landmarks, while others use the direction of the sun’s rays.

It has also been found that some ants lay scent traits as they walk along by touching the tips of their abdomens to the ground from time to time. As they do this, they secrete the scent.

In some cases, scent patches also have a shape that tells other ants the direction in which the first ant was traveling. This can be demonstrated by reversing a chip or some such object over which a column of ants is passing. The ants at once become confused. It is as if an arrow had been turned backward.

What do you think about these social insects? Please share your comments!