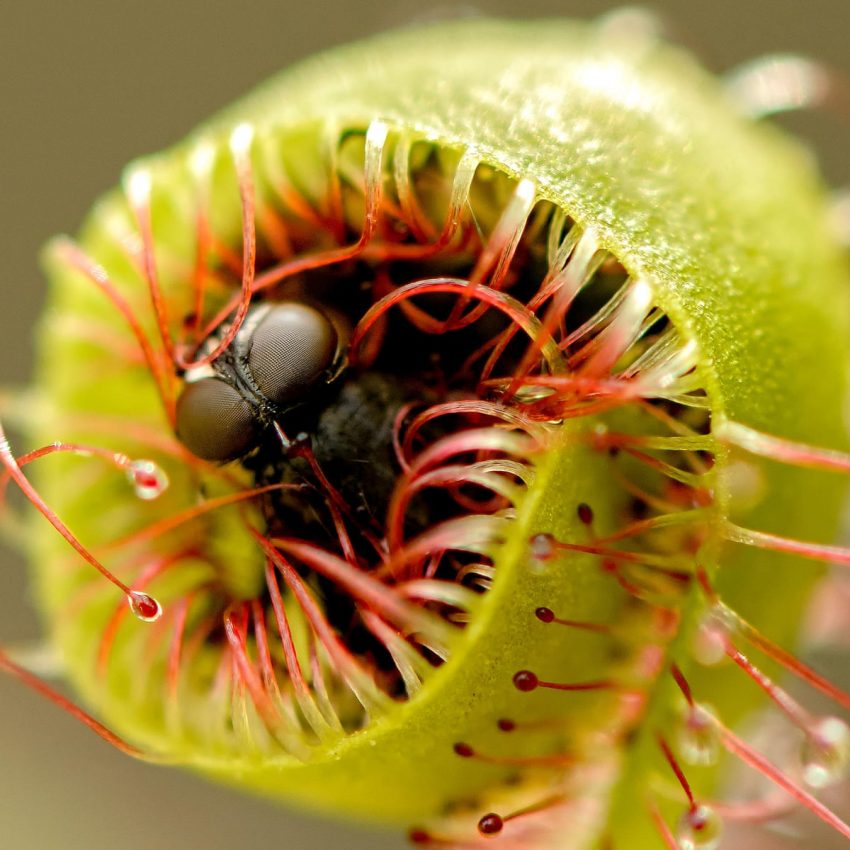 Carnivorous plants are plant species that have the power to digest insects and even small animals. The presence of a digestive enzyme allows the carnivorous plant to feed differently from other plants.

It is estimated that, around the world, there are about 600 species.

Carnivorous plants have limited habitats that present poor and saturated soils, such as swamps. They are usually small plants, with a few centimeters in height not exceeding 15 cm.

In an evolutionary process, carnivorous plants have adapted their own digestive system to feed on insects. As they manage to survive in places where the presence of nutrients is low, in addition to photosynthesis, carnivorous plants feed on small animals to complement their food.

Carnivorous plants are classified by some experts as insectivorous plants, as many species have insects as their main prey, such as flies, ants, and even small beetles. However, some carnivorous plants that grow the bigger have the ability to capture small amphibians and reptiles.

Depending on the type of trap used to catch thier prey, carnivorous plants can be one among the three types that exist: cage, suction, or sticky leaves.

They are the best known and most remembered when it comes to carnivorous plants. Its shape is represented by two halves, with bristles on the edges that close when perceiving the presence of the prey. 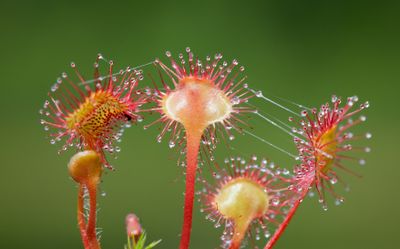 They are also known as a jar plant due to their shape. The capture is made when the presence of the prey is felt near the opening of the entrance, thus causing the animal to be sucked.

These are plants that have substances scattered on the leaves and that attract insects. Upon landing, the insects are trapped, thus serving as food. In addition, its strong, vibrant colors are often attractive to prey. 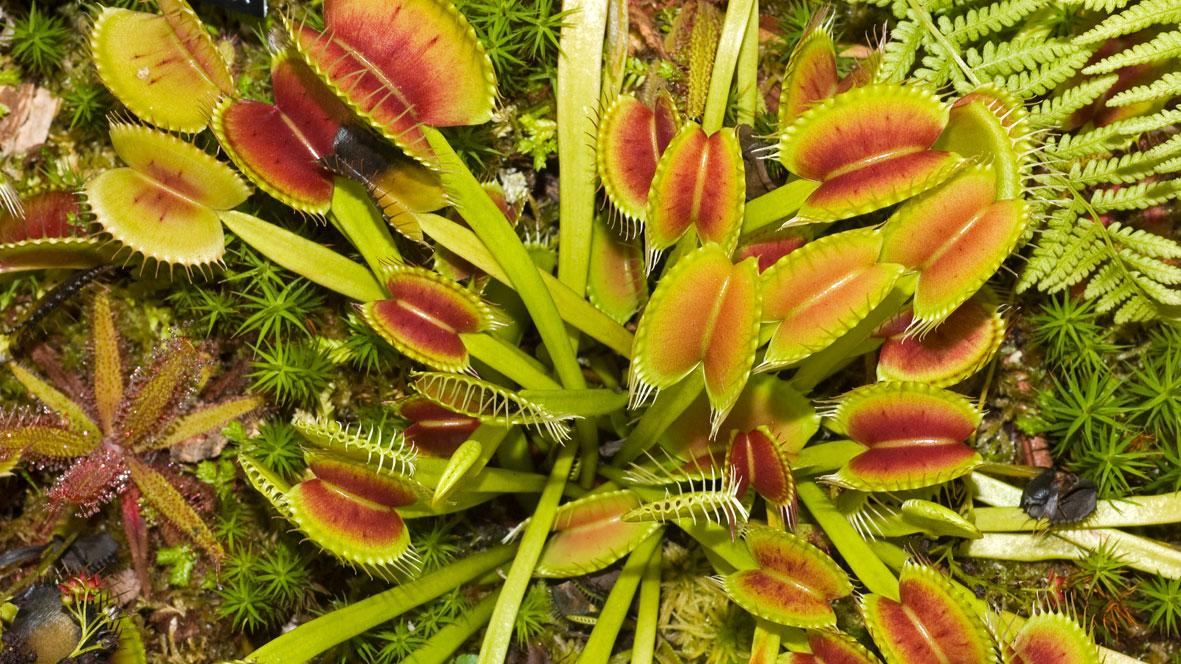 Dionaea muscipula is also known as “Venus papa-fly” because the kind of trap that it uses to capture its prey mainly attacks the small insects such as mosquitoes and flies.

It is one of the best-known carnivorous plants in the world, but it is native to the marshlands of the southeastern United States. Of small size, this species is between 10 and 15 cm high, and its leaves have a shape that characterizes its trap, especially due to the presence of the spines it has.

This species produces a nectar that attracts insects and, when touching the leaves, the prey is perceived in the sensory hair. The trap is closed quickly, forming a kind of cage for the animal. 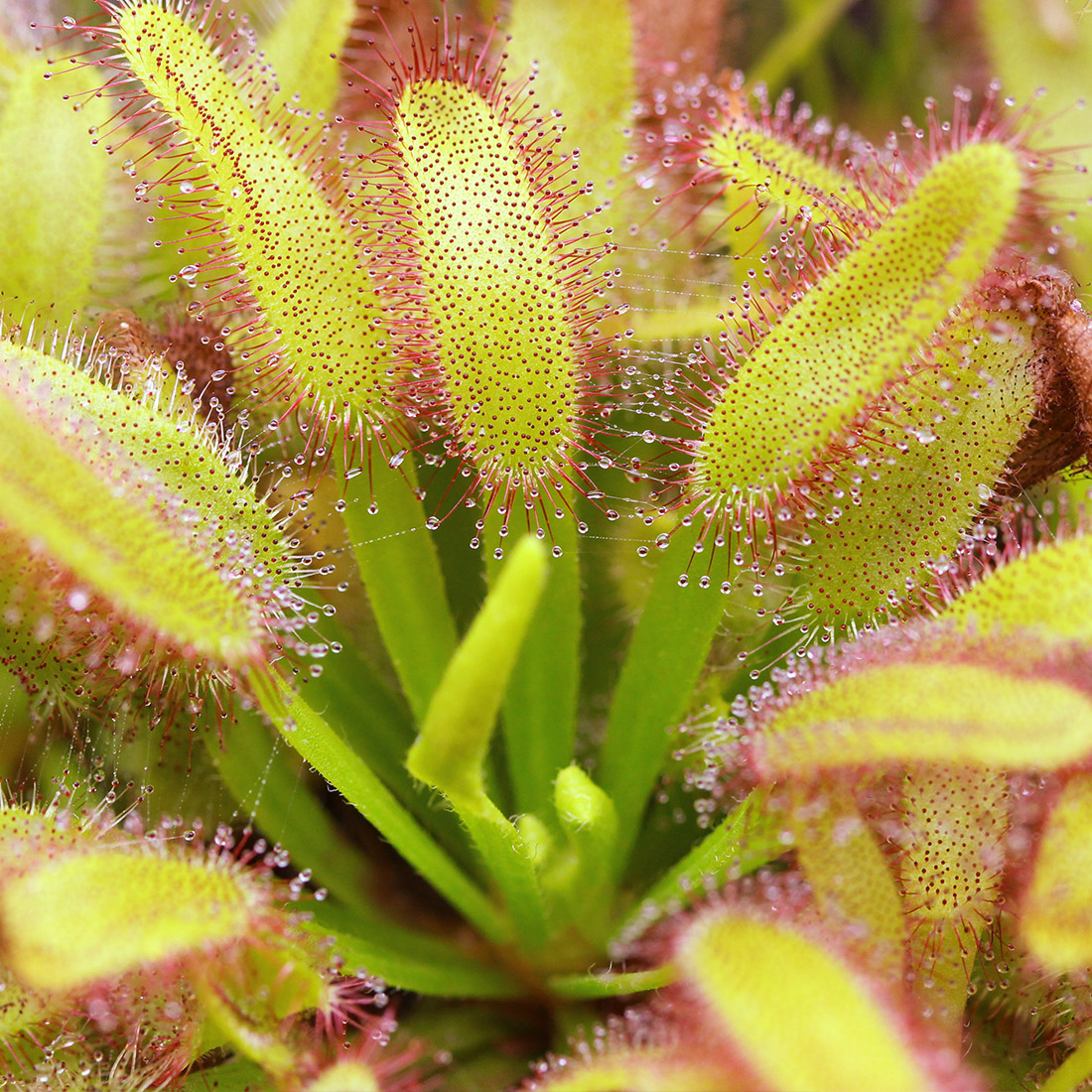 The Drosera Capensis is a speciesof carnivorous plant of African origin and is considered one of the most common species in cultivation. This species of carnivorous plant has several leaves that measure about 3.5 cm long and 0.5 cm wide. They are full of seeds that attract insects, which in turn stick to the released sticky substance.

After capturing the prey, the leaf begins to curl up so that the gastric glands start to act, starting then the digestive process of the plant. This process takes approximately 30 minutes. 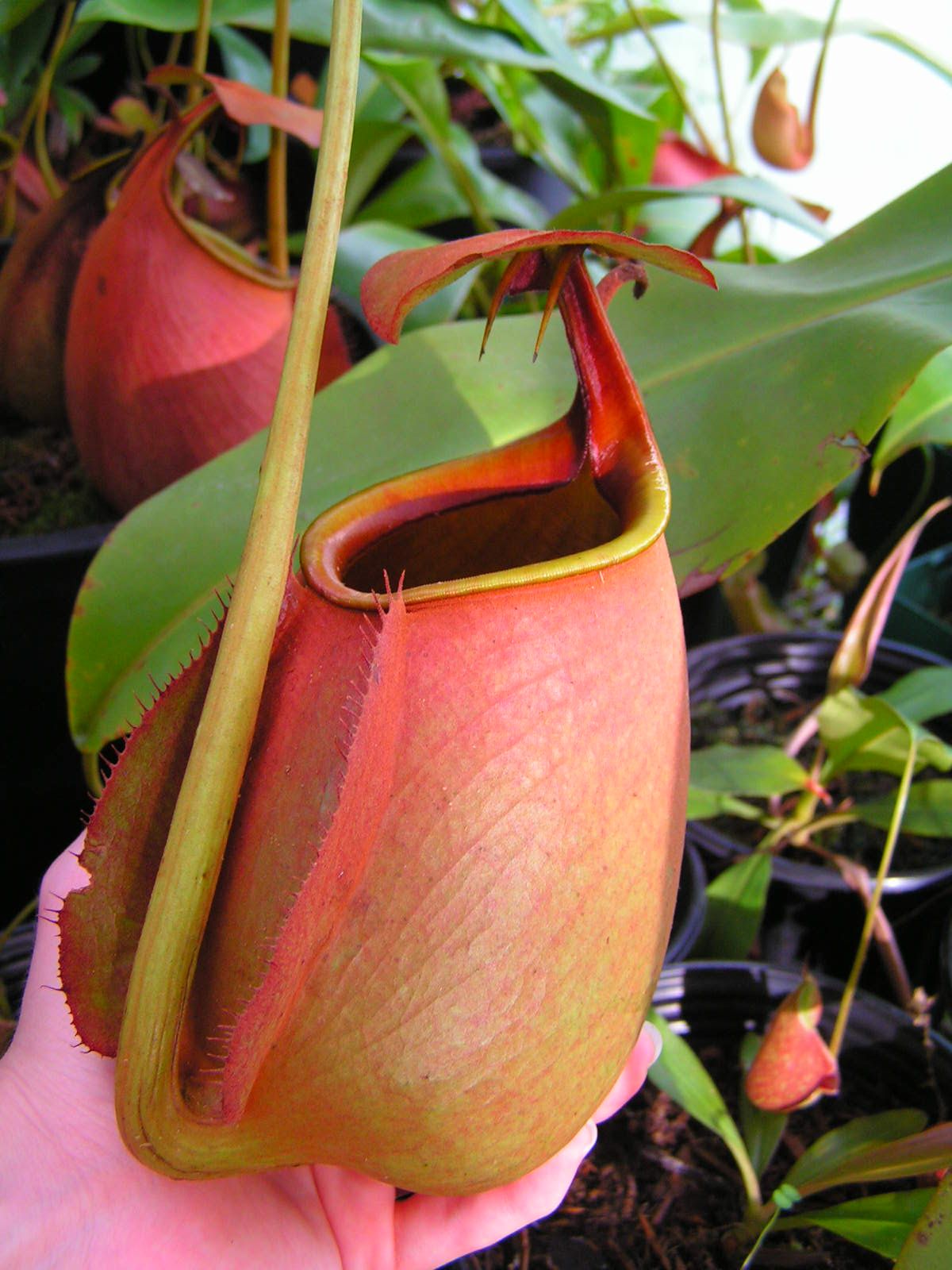 Nepenthes Bicalcarata is a species of carnivorous plant suction type, because they use their format similar to a jar to capture their prey.

Native to Borneo, near Malaysia, this species can be found in specific environments such as in white-sand forests and in the shade of other species in the plant kingdom. The ideal climate for its development are hot and humid places. Its pitcher shape, called ascidium, is a modified leaf that favors nectar accumulation to attract insects. When capturing the prey, the enzymes that aid digestion is released.

You now know more about carnivorous plants. Have you ever seen one? Share with us your experience with species by leaving a comment below.