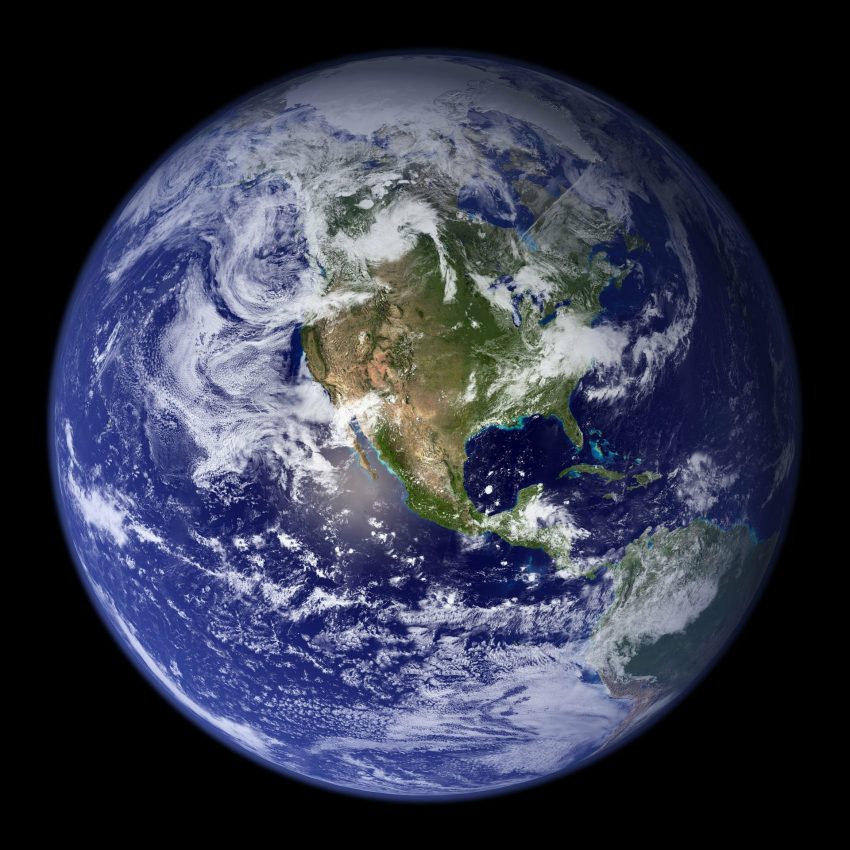 Planet Earth is our home, and the only place where life begins and ends. In the past few centuries, we have learned new things about Earth, things that continue to surprise us.

Most people know that the Earth has a spherical shape. Indeed, between the sixth century BC and the modern era, this knowledge was already accepted by all as truth. But thanks to astronomy and various space travel, scientists have understood that the Earth has a spheroid shape (ie a sphere flattened at the poles) due to the Earth’s rotation. This means that the distance from one pole to the other is 43 km shorter than the diameter of the Earth.

Originally there were two satellites of the Earth. Also orbiting around us was another smaller satellite that collided with the Moon. Some of it merged with it, while other fragments disintegrated or fell to Earth.

By now on Earth there are not many land left to explore, if not a few islands that are particularly difficult to reach. But our Planet is not only made up of land, but also of those submerged, in short, by the oceans. They make up about 70% of our planet’s entire surface, but we have only explored 5% to date. Basically, we still have to explore more than half of our Planet…

If in front of futuristic films that tell environmental catastrophes, you kill yourselves with laughter, know that in reality, there are places on Earth that do not go far from the scenarios represented in the cinema! Are you thinking of an explosive vacation? Well, then go to Congo, Cameroon or Rwanda, where you can admire 3 volcanic lakes – Nyos, Monoun and Kivu. All of them are located above the craters of volcanoes, which hide below them pockets of magma that release carbon dioxide, which can suddenly erupt from the lake’s deep waters, choking wildlife, livestock, and humans. An eruption of this type can also cause a tsunami as the rising CO2 can cause rapid water displacement in the lake.

If you sit somewhere and read this article, you probably think you are standing still, almost immobile. In reality, this is not the case, because we are all constantly moving. In particular, those who are at the equator! They move due to the rotation speed of the Earth on its axis, of 1600 kilometers per hour, a truly impressive speed, while everyone moves by the speed of rotation of the Earth around the sun. 108,000 kilometers per hour. Speeds that our cars and planes will probably never reach!

People often argue that there aren’t enough hours in a day, and they are actually right. The Planet’s actual time to rotate around its axis is 23 hours 56 minutes, and 4 seconds. This is what is called a sidereal day. The solar day, the time it takes for the Sun to return to the same point on the meridian, varies up to 16 minutes during the year due to its orbit position.

Named Theia, Earth’s sister planet, encouraged experts to believe that we were not alone in our orbit around the Sun. But that, indeed, we had a “twin” planet called Theia, which was once the size of Mars and was 60 degrees either in front of or behind our sphere. One afternoon about 4,533,000,000,000 years ago, Theia supposedly crashed to Earth, and most of the Planet was absorbed. However, a substantial chunk of Theia would have been saved, only to be combined with our planet’s materials to create the Moon.