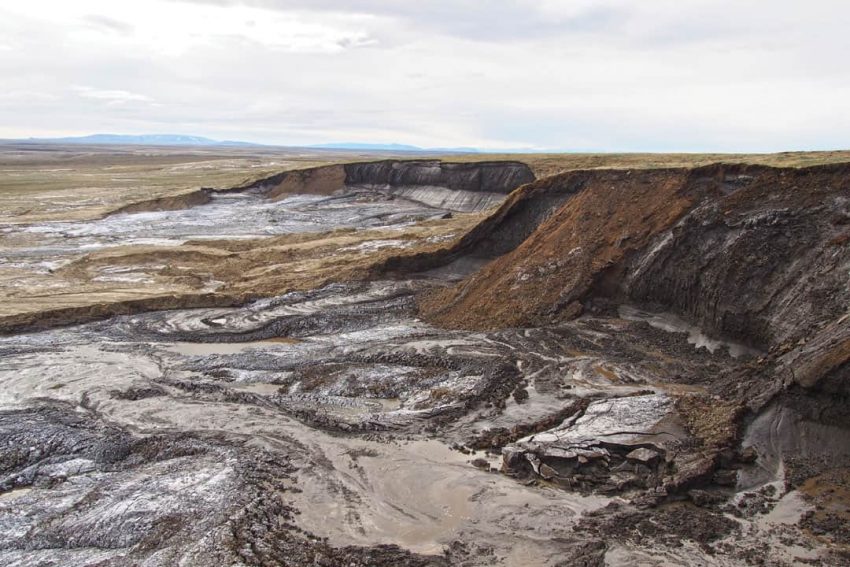 Some other subgroups of permafrost describe the areas where they are found rather than their size.

Most alpine permafrost is discontinuous because it occurs at higher elevations and local weather conditions and geological features can affect it. Alpine permafrost can occur anywhere it is cold enough, so it is not an isolated phenomenon near the polar regions. In 2009, for example, researchers found permafrost on Mount Kilimanjaro in Africa, which is only about 200 miles from the equator. It was found near the top of the mountain in an area that had not been glaciated.

The extent of permafrost in the Alps is of interest to scientists because it contains fresh water attached to the soil. When permafrost melts, it can release water into ecosystems, including ancient water, but much is not yet known-the permafrost in the Andes, for example, has not yet been mapped.

Submarine permafrost is buried under the sea floor in polar regions. This permafrost is ancient and formed during the last ice age, when sea levels were lower. As sea levels rose and the ice sheets on land melted, this frozen land was covered with seawater. The permafrost became permanently submerged and continues to exist today, where it can make underwater drilling or the installation of undersea pipelines difficult.

There are a number of interesting soil formations in permafrost environments related to the combination and effects of water expanding and contracting as it freezes and melts, and its interaction with local soils, rocks and sands.

Viewed from the air, polygons look like the landscape is one big jigsaw puzzle. They are formed over the course of the seasons when cold winter temperatures cause the soil to contract. This creates cracks, which then fill with meltwater from the spring (for example, due to the melting of the snow pack of a nearby mountain). The cold permafrost beneath the original soil into which the water flows causes the water to freeze and expand, forming ice wedges. This cycle can repeat itself for years, and each time the cracks get deeper; at some point the wedges become so thick that they push the ground into ridges that look like polygons.

If you didn’t know what they were when you looked at them, you’d probably think a pingo was a nicely rounded mound. But in areas with permafrost, they are a bit deceptive because although they are made of earth on the outside, inside they have a core of solid ice. They can look more like hills only 2 meters high and a little wider at the base, or they can be quite large, a few hundred meters high. According to a study published in the journal The Cryosphere, there are an estimated 11,000 pingoes on Earth, most of them in the bioclimatic tundra zone4.

Solifluction is an umbrella term for several processes in which an upper layer of soil moves over frozen ground below it. Permafrost acts as a hard, impervious surface so that when the soil or sand above it is saturated with liquid, it slowly slides down a slope, pulled by gravity. There are a few different types of solifluction, and there is evidence that this process has even been observed on Mars.

Karst usually refers to a limestone or a process that includes that rock, but in this case there is no limestone involved – it just looks like a similar process seen in limestones. Thermokarsts are formed by frost heaps, which push up small domes from the active layer that lies above permafrost. The domes collapse when heated, leaving behind a hollow pucker. From these formations, pingoes can form. In some cases, very large thermokarsts can form, which, when filled with water, can become small ponds or even lakes.

Stay tuned for the third and last part of this blog!