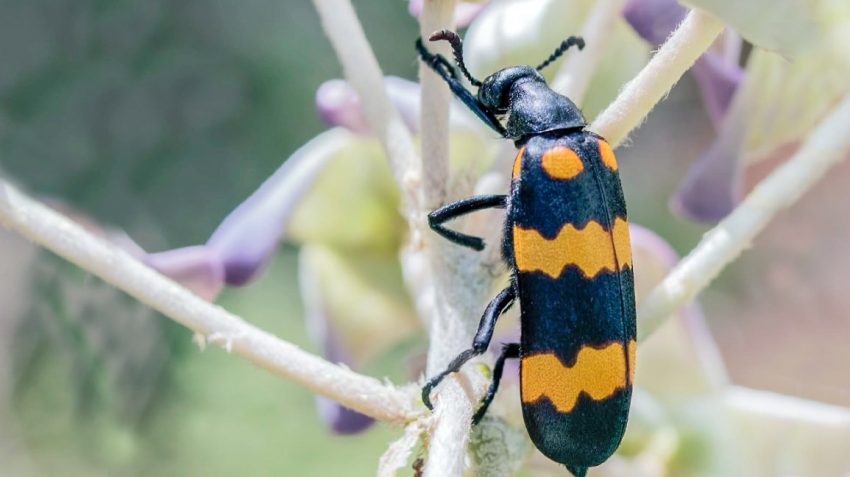 Are you scared of insects? There are millions of species of insects throughout the world, and all play a fundamental role in balancing life and nature. Many are harmless, but others are extremely dangerous and can cause a slow and painful death to their victims.

In this article, we share a list of the most poisonous insects in the world. We discuss their characteristics, how lethal they are and the consequences suffered by those who attack. Do you want to know more? Keep reading!

The tsetse fly is an insect native to the African continent. It measures between 6 and 16 mm in length, and its body has grey and brown tones.

This species is responsible for sleeping sickness, a parasitic infection that affects both humans and animals. It causes inflammation of the brain and affects the victim’s nervous system, who has fever, hemorrhages, and may go into a coma. The disease is transmitted through the bite of the fly. To avoid contagion, it is recommended to fumigate areas where there is an abundance of this species to prevent its reproduction.

The Japanese Giant Hornet is an insect that measures almost 8 cm in length, making it the largest hornet in the world. Its body is orange with brown antennae and yellowish spots.

This insect’s bite is very intense and dangerous; it causes tissue destruction and even death, which is why it is considered one of the most poisonous and deadly insects that exist. It can be found in China, Taiwan, Nepal, India, and Sri Lanka. However, it is more prevalent in Japan.

The African Bee is a type of bee that has a poison whose consequences vary from person to person. Sometimes it is fatal, while other times, it only causes allergies. However, both situations cause pain due to their intensity.

The species is native to Africa, measures 20 mm and can be found in tropical areas since it is difficult for it to live in rainy areas.

The black rat flea is also included in this list of the most poisonous insects. It is an insect that measures 3 mm in length, with a body that allows it to jump great distances to move.

This species acts as a transmitting agent for the bubonic plague, a disease that has claimed the lives of more than 10 million people, especially during the Middle Ages and the first half of the 20th century. For this reason, it is also known as a plague flea.

The chipo is an insect that lives in South America’s warm areas, such as Peru, Bolivia, Argentina, Venezuela, and Brazil. When it is adult, it has a size of 3 cm in length. Its body has brown tones, the eyes protrude from its head, and it has six legs and two antennae. Also, the body is flat with sharp features.

This insect is responsible for the Chagas disease, which originates when it bites its victim to suck his blood. After this, the Chipo deposits the parasite responsible for the disease, causing the intestine to swell. It is not a poisonous insect as such, but it is one of the most dangerous in the world.

The Aphrodisiac Beetle is an insect that is 22mm long and 8mm wide. It has a bright green hue throughout its body and lives in trees in Europe and Africa.

From this insect, a substance called cantharidin is obtained, which is used as natural viagra since it dilates the blood vessels and causes swelling. However, an overdose is dangerous, causing a slow and horrible death due to kidney complications.

This is the first part of the article on the most dangerous insects on Earth. Do you want to learn more of these hazardous insects? Come back later to check the second part.