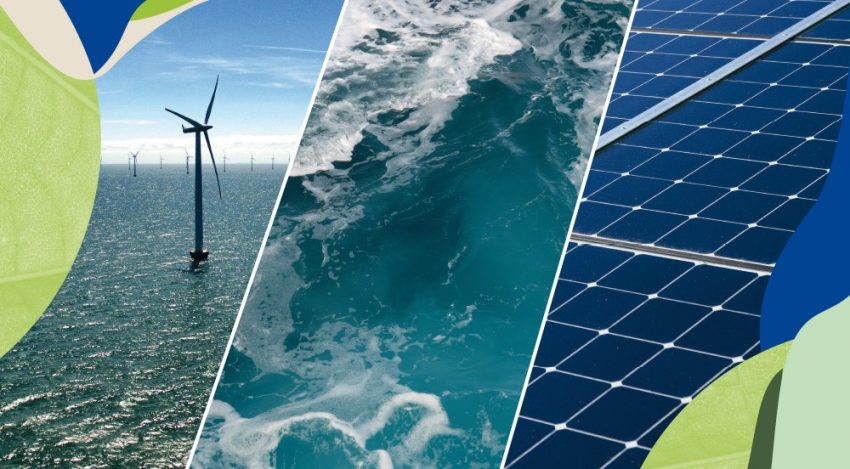 Renewable energy refers to energy generated from natural resources that are replenished in the normal course. Solar Energy, wind energy, tidal energy, etc., as well as energy extracted from biomass and biofuels, fall in this category.

We shall briefly look at the significant renewable energy systems:

The sun has a surface temperature of about 27 million deg. C. and emits radiations covering a wide range of frequencies in all directions. A part of the radiation fall on the Earth as it goes around the sun. Allowing for the various losses of the radiation on the way to the Earth, on average, we receive about 800 W/m2 of solar power at the equator.

Solar radiations include infrared frequencies, which provide heat, and also visible radiations, which give light. Solar energy, therefore, can be used in a very versatile manner. Photovoltaic cell-assemblies as arrays and panels are used in isolated homes and communities for providing electricity; they are also used in large power stations for utility supplies. Heat for industrial processes and supplementing the large thermal power stations is provided by using the solar concentrators in large installations.

This is a genuinely versatile renewable energy source that is inexhaustible and also totally non-polluting.

One of the cheapest sources of renewable energy is wind energy. Windmills have traditionally been used for pumping water (as exemplified by Holland) or for grinding grains. These windmills have taken on the current role of providing electricity superbly. The three-bladed windmills use turbines connected to generators for producing electricity; they are installed in large windmill farms over large areas.

Good wind sites are generally in remote locations, often situated miles away from large load centers such as cities or industrial centers. In any case, it would not be easy to install large banks of windmills within cities or near urban centers.

Rotation of Earth, unevenness in the heating of the atmosphere by the sun, and irregular surface of the Earth are the primary causes of the creation of winds. This is another manifestation of renewable energy of the sun available in a different form. 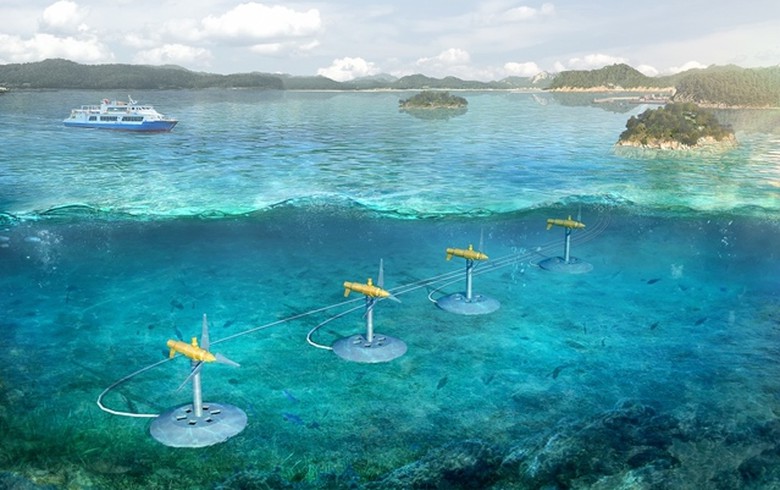 Tides take place due to the relative motion of the Earth, the sun, the moon, and the gravitational forces of these planetary bodies on the oceans’ waters. A huge amount of water moves twice a day in and out of estuaries as tides, and harnessing this amount of water could yield a great deal of energy. In the olden times, tide mills had been in use in Europe and the USA.

Tides are more predictable than wind energy and solar energy, and the energy supply from waves would be reliable and plentiful. Tidal power generation has to be tied up with other large power systems because tidal power is available only when the tides move in or out, say for a maximum of ten hours a day. However, there are large technological problems in converting the tidal flow into useful electrical power.

There are various countries actively involved in developing technologies for harnessing tidal power. It is generally widely acknowledged that tidal power has vast potential as a renewable energy source for electricity generation in the future.

By photosynthesis, chlorophyll in plants converts atmospheric carbon dioxide into carbohydrates. Biomass is like solar energy stored in the form of carbohydrates. You burn it, and the solar heat is released.

Biomass has been used from ancient times for obtaining heat.

Modern technology can use biomass to produce electricity by burning it and convert it into biofuel, which can be used in vehicles or convert into combustible gases. Whichever route we take in using biomass, it is an unavoidable truth that we shall finally face the problem of releasing carbon dioxide into the atmosphere.

Many plants are suited to generate electricity or be converted into biofuels or for gasification. There is, however, a lot of work that needs to be done to avoid fertile land being switched from production of food to production of crops as biofuels or to avoid crops and their products being used to produce biofuel instead of being used for human consumption (as in case of corn, for instance).