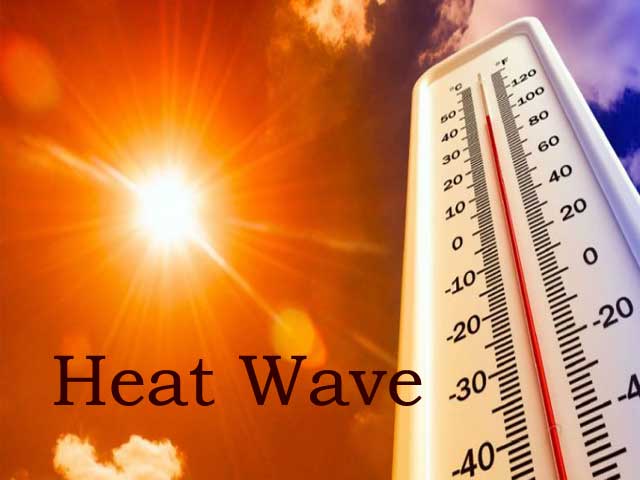 Summer is not something that everyone loves. Well, some of us do love summer as long as we are in the sea or lake so that we do not feel dehydrated. Usually, summer is not the same everywhere. In the southern hemisphere, summer is from December to February, and in the northern hemisphere, it’s from June to August. Summer is harsh for both the northern and southern hemisphere, in terms of the loss of acres of forests and the uncomfortable heatwave that makes everyone fear going out. Heatwaves can be deadly, and it can cause other problems. Earth is the only planet that uses the Sun’s light as useful as a source of energy. It has a suitable climate for the existence of all forms of life because of a moderate amount of carbon dioxide, which is the driving factor for the survival of life forms.

A heatwave is a static high pressure generated in the upper atmosphere over a region for several weeks. This stagnant high pressure causes a mass of air, which resulted in the trapping more heat that also reduce the convention currents. This high pressure is a barrier and forces the air’s mass to sink the land’s surface that prevents heat from rising. The hot air mass gathered only heat and humidity without a trace of precipitation, which causes abnormally high temperatures. According to the World Meteorological Organization, the term ‘heatwave’ refers to when the daily maximum temperature of more than five consecutive days exceeds the average maximum temperature by 5 °C.

The heatwave has excellent potential and more dangerous than other natural phenomena like hurricanes, lightning, and tornadoes. The impacts of the heatwave are given below:

1. If a living creature’s body temperature is lower than external temperature or atmospheric temperature, it is often to get heatstroke and heat cramps. During this situation, the body is not able to regulate and maintain the optimal temperature.

2. Under this condition, the static hot mass of air trapped all the pollutants and harmful chemicals below the hot air layer, which decreases the air quality that causes airborne diseases.

3. The abnormal hot temperature causes a drought-like situation. It drains the moisture content from the vegetation, which causes bush-fires and forest-fires.

4. The excessive hotness of the atmosphere also affects the infrastructure. For example- Hot atmospheric temperature can crack the roads, burst the waterlines, and lead to a transformer explosion.

6. The high temperature can damage the ground surface of the airport.

8. The extreme hotness of the atmosphere reduces human productivity and performance. It will also increase the stress level that endorses the conflict.

Heatwaves are linked to climate change, as research shows that climate change is making these events more likely. It is most common in summer when high pressure develops across an area and can persist over an area for a prolonged period, such as days or weeks. According to a scientific study, heatwaves are more likely to happen as hotter than 2018 over 1 in 10. It will be 30 times more likely to occur now than before the industrial revolution because of the higher carbon dioxide concentration in the atmosphere. According to climate models, it is revealed that future heatwaves will be more intense on a geographical pattern. Heatwaves occur in parallel to the conditions of atmospheric circulation, thus increasing anthropogenic activities that causes a rise in greenhouse gas emissions.