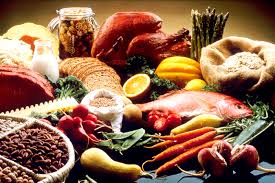 Choosing what to eat on a daily basis clearly impacts the environment and most of us don’t know about it or some of us choose to think about it. We choose not to think of where our food comes from and how it is made, because we know the reality is not that pretty. It is quite normal that we think that food is food and it is enough that it is keeping us alive. We might feel that we are doing our part to protect the planet by recycling, but the reality is that we need to put our food in that priority case also.

To be honest, I’m not a great environmentalist or whatever, but I do know what my diet need to consist of that is more environmental friendly. If you want to know more about it, then here is a list of seven foods that are good for the environment.

1. Lentils – This versatile and budget-friendly food is ranked as one of the best climate-friendly proteins that has very low greenhouse gas emissions. They come in different varieties, those can be cooked in curries or puree. They are also used as base ingredients for vegetarian burgers. It is good to remember that pulses have a water footprint that is 43 times lower than that of beef.

2. Tomatoes – This food has a low carbon footprint and its taste will make you fall in love with it even in different forms. As one of the most consumed vegetables globally, they contain twice as much as vitamin A and folate. There are many varieties of tomatoes and all of them are equally beneficial for you and the environment. It offers a genetic diversity that can fight off disease and pest resistance. You can either use the orange tomatoes or red tomatoes in salads, casseroles, stews and roasted.

3. Organic Tofu – This food has 13 times fewer greenhouse gas emission than beef, it is full protein packed food that requires less water than many sources of animal protein. Remember tofu produces the carbon emission equivalent of less than 1 mile driven per 4 ounces consumed. Buying organic ensures the use of non-GMO crops and prevents the use of synthetic chemicals that are harmful for the environment.

4. Green Peas – Acting as a natural nitrogen fixers, this food convert the compound into a usable form for organisms. Peas certainly do not require synthetic nitrogen fertilizer and other possible additives, thus decreasing the amount of harmful resources that is needed while keeping vital nutrients which are needed to grow the plant. It is known that pea thrives in cool conditions thus requiring less water waste in hot temperatures. Peas are somehow an eco-friendly alternative to soybean plants.

5. Broccoli – Did you know that broccoli produces and releases less carbon than driving one mile in your car? This rich nutrient rich vegetable is grown without synthetic pesticides. Broccoli produces compounds that act as a natural pesticide. Along with other cruciferous vegetables, broccoli such as cabbage and Brussels sprouts contains natural pesticides that protect from pests and other potentially harmful organisms.

6. Buckwheat – One of the healthiest, nuttiest, and most versatile grains, this superfood is both acidic and under-fertilized soils. It is used as a cover crop to help keep weeds down and reduce soil erosion. It is gluten-free and ideally good to be served as food with high protein swap such as pasta, flour, and breads. It is also used as an alternative to rice in Russia and Eastern Europe countries in dishes such as goulash.

7. Enoki Mushrooms – Known as the winter mushrooms or the golden needles, these thin, long and delicate mushrooms grow all year round in the wild clusters and is commonly eaten in East Asian countries such as China, Japan, South Korea, and Vietnam. As one of the first mushrooms to be studied for preventing cancer, enoki mushrooms are widely used in soups and salads.

Now that you have an idea of the food that are both eco-friendly and healthy, what’s your take in helping the environment?