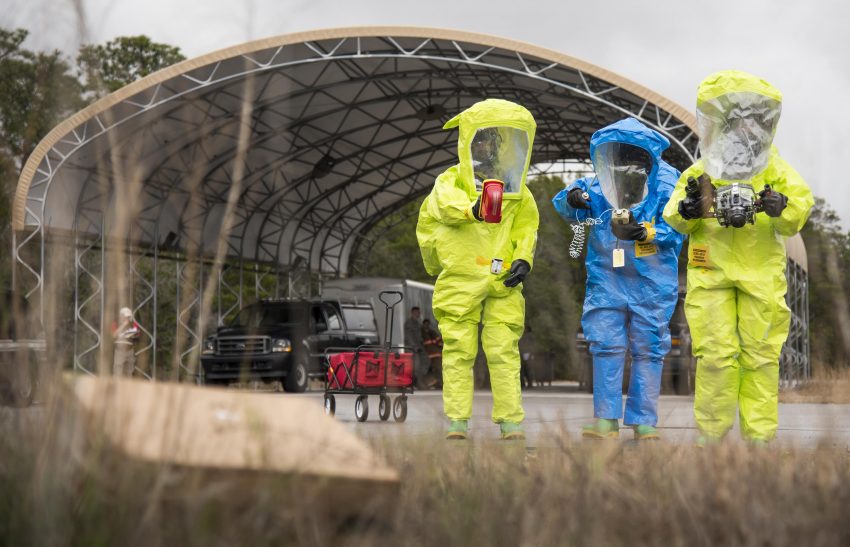 Whether it’s due to poor labelling, improper storage, or some other factor, it’s not always clear to customers what kind of waste they’re dealing with when looking for disposal options. When this is the case, any reputable disposal company will tell you that testing is essential.

Here are some common examples of tests that are carried out:

The Toxicity Characteristic Leaching Procedure (TCLP) is a soil sample extraction method for chemical analysis used to determine whether or not a material is characteristically hazardous (D-List). It is employed as an analytical method to simulate the process of leaching through a landfill and is one of the more common hazardous waste tests.

When it comes to determining whether or not the unknown material you’re in possession of is ignitable or not, the flash point test is what’s typically utilized. The flash point of a material is the lowest temperature at which vapors of it will ignite if there is an ignition source. It’s typically used to distinguish flammable liquids from combustible liquids. Measuring a material’s flash point can be done using two different methods: open cup and closed cup.

Open cup testing involves using a container which is exposed to outside air. The temperature of the substance is increased gradually and then a source of ignition is moved over the top of it until it reaches a point where it flashes and, ultimately, ignites.

On the other hand, closed cup testing involves conducting testing in a container that is closed off to outside elements. The lid of the container is sealed and an ignition source is then introduced inside of the container itself. Closed cup methods are often better at simulating real-life conditions, such as those that may occur inside of a fuel tank, etc.

Both tests have their advantages and disadvantages, but both are the standard when it comes to testing for ignitability.

Polychlorinated Biphenyls (PCBs) are man-made organic chemicals which consist of carbon, hydrogen, and chlorine atoms. The chemical and physical properties of PCBs are determined by its number of chlorine and their location within a PCB molecule. They were used in industrial and commercial construction until being banned in 1979. Testing for PCBs can be done in a variety of different ways.

To test potentially contaminated materials such as caulk, soil, and sand, bulk solid samples are needed. This method involves collecting an area of the material in question, by removing it, and sending it off for lab analysis.

For porous surfaces, wipe sampling is typically not adequate. Potentially contaminated areas should be removed on a bulk basis for analysis. Since porous surfaces often include brick, masonry, and concrete, tools like chisels or drills may need to be used.

Wipe sampling can be utilized for non-porous surface samples and can be done by wiping the area with a gauze pad or glass wool that has been saturated with hexane.

For air samples, testing should be completed in accordance to TO-10A and TO-4A. These methods are based on the absorption of chemicals from ambient air on polyurethane foam (PUF) or a combination of PUF and granular absorbent and differ mainly on the volume sampler.

One of those ways is by conducting a pH test. These tests are carried out by using pH indicators, which are chemical compounds added in small amounts to a solution so that the pH of the solution can be seen. Typically, the indicator changes the solution’s colour, depending on the pH level. If you have unknown liquids sitting around in unlabeled containers, pH tests are crucial. It might be something neutral, or it may be something like battery acid or hydrochloric acid, which absolutely needs to be handled as hazardous waste.

Why Hazardous Waste Tests are Necessary

The simple fact about hazardous waste tests is that they’re necessary. If you have unknown material sitting around your facility, it’s imperative you get it tested. Given the many federal and state regulations that encompass the storage, handling, transportation, and disposal of hazardous waste, it’s vital you know what you’re dealing with because you are responsible for your waste from cradle to grave.

Need Help? Action Hazmat offers nationwide services and can help you no matter where you are located. Check out their website today for further details.