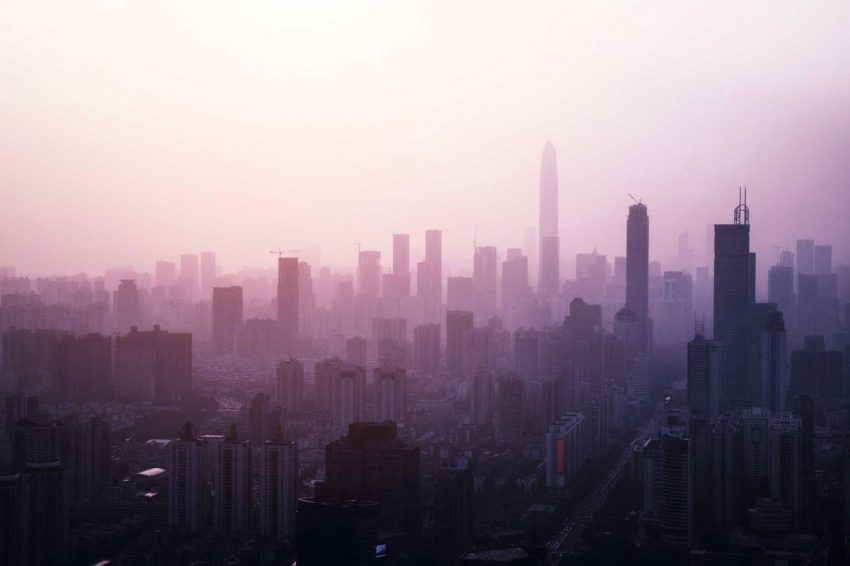 Well since Coronavirus has been detected in Wuhan, Hubei Province, China, there has been a lockdown in most countries surrounding China. The cities were nothing but just buildings and empty roads. The Coronavirus or COVID-19 has forced most companies to shutdown or stop production. With the start of this epidemic in Wuhan, China, many countries have closed its borders or stop planes to and from China, but now this virus is pandemic and everyone and everywhere has come to halt.

It is recommended to stay isolated and quarantined if you are tested positive of the symptoms of Coronavirus. Isolation is the best way to prevent this disease from spreading, thus making some people to work remotely. As the effects of the COVID-19 is seen on humans, the effects can also be seen on nature. Some people in China, Taiwan, and other big producing countries stated that they have never seen the sky looking so blue or grey. It is only during that crisis time we can see how beautiful nature is and how it is slowly taking over since human beings are isolated or locked down.

While the concerns are growing over the spread of the coronavirus to Europe, UK, Canada, and the US, people are less likely to travel anywhere and there are many factories closing production to protect their staff from this pandemic. The WHO has already declared this virus as a pandemic with the epicentre being in Europe now, since then all the governments from different countries in Europe are taking their precautions to fight off this virus. Some governments have even decided to go under lock down in order to protect the people and the businesses. It is that businesses are going to be affected by this virus, resulting in the shutting down of some. It is important to remember that the coronavirus epidemic is first and foremost an issue of human health and safety. As people have changed their everyday behaviours and patterns to contain or avoid the virus, there have been some subtle effects on the environment, but not totally.

China and the World

Since there has been an economic slowdown in China, there has been a considerable effect of curbing air pollution, a problem that has killed more than a million people in the nation every year. The downturn in air pollution over China in last February has decreased considerably as more factories stopped production. In China alone, the economic slowdown has kept 200 megatons of CO2 out of the atmosphere, according to one analysis from the Centre for Research on Energy and Clean Air, a stunning 25% reduction in the country’s emissions. The coronavirus pandemic has reduced demand for coal and other fossil fuels linked to a closure of factories and less road traffic both in China and in other parts of the world. According to the Centre for International Climate Research in Oslo (Cicero), the possibility of reduced deaths from air pollution was in no way to detract from the severity of the pandemic. It is essential to remember that air pollution kills people almost every year.

Millions of people around the world remain on lockdown as the nation tries to contain the spread of the novel coronavirus, thus resulting in a fall in motor traffic and production stoppage. According to NASA, the Lunar New Year was particularly special as there was a decrease in air pollution level but this year it has decreased quite more as the COVID-19 fear is existent. As the world is scrambling to confront the disease caused by the virus, most countries in Europe and the UK are forced to take such dramatic measures that the country’s emissions have changed, as seen from space. According to the European Space Agency, they used the data gathered by the agency’s Copernicus Sentinel-5P satellite, there has been a clearer sky over Europe as compared to last year. The satellite has seen a sharp decrease in emissions of nitrogen dioxide over Italy during the first two and a half months of 2020. The fall in air pollution is not that positive as there could be some slight variation in the data as there are cloud cover and the changing weather. However, there is a little hope that this lock down will be beneficial for the atmosphere to clear up.

The Good and Bad Side of this Decrease

The evidence that the arrival of COVID-19 has cut greenhouse gas emissions in some cases drastically is clear. In reference to a report published by Carbon Brief, they have found that emissions in China had dropped by at least 25% in February as compared to the same period in 2019. However, the same report indicated that the long-term reduction of emissions probably will be much less, and dependent on how quickly China’s economy gets back to normal. There is a long history of emissions falling during economic turmoil and then rebounding to a level that more than offsets the decline. The decline in emissions could end up being just that glitch that contributes to other problems. The problem is that falling costs of oil and other fossil fuels could discourage investment in energy efficiency and renewable energy, thus encouraging people to use more oil and gas. Environmentalists are happy but not happy with the decrease as they did not want it to be like that.

Well, the happiest in this situation are the animals that are able to enjoy the clean sky in China and the clean water in Venice, Italy. A satellite detecting signs of human activity — car and truck tailpipe emissions, fossil fuel burning in power plants, and other industrial activities — shows significant decreases in pollution across China and Italy since the outbreak started. In the hope of halting or even stopping the spread of the epidemic, both countries have taken drastic steps to restrict people’s movements.
Even in South Korea, which has put more moderate restrictions on its citizens ‘ movement, pollution has apparently plummeted.

Well, it is true if there is need of pandemic to be able to enjoy a pollution-free atmosphere, then there is something wrong somewhere. Even with the bits that every nation is doing to combat climate change, this COVID-19 is somehow an eye-opener that we all needed to see how we killed Nature!