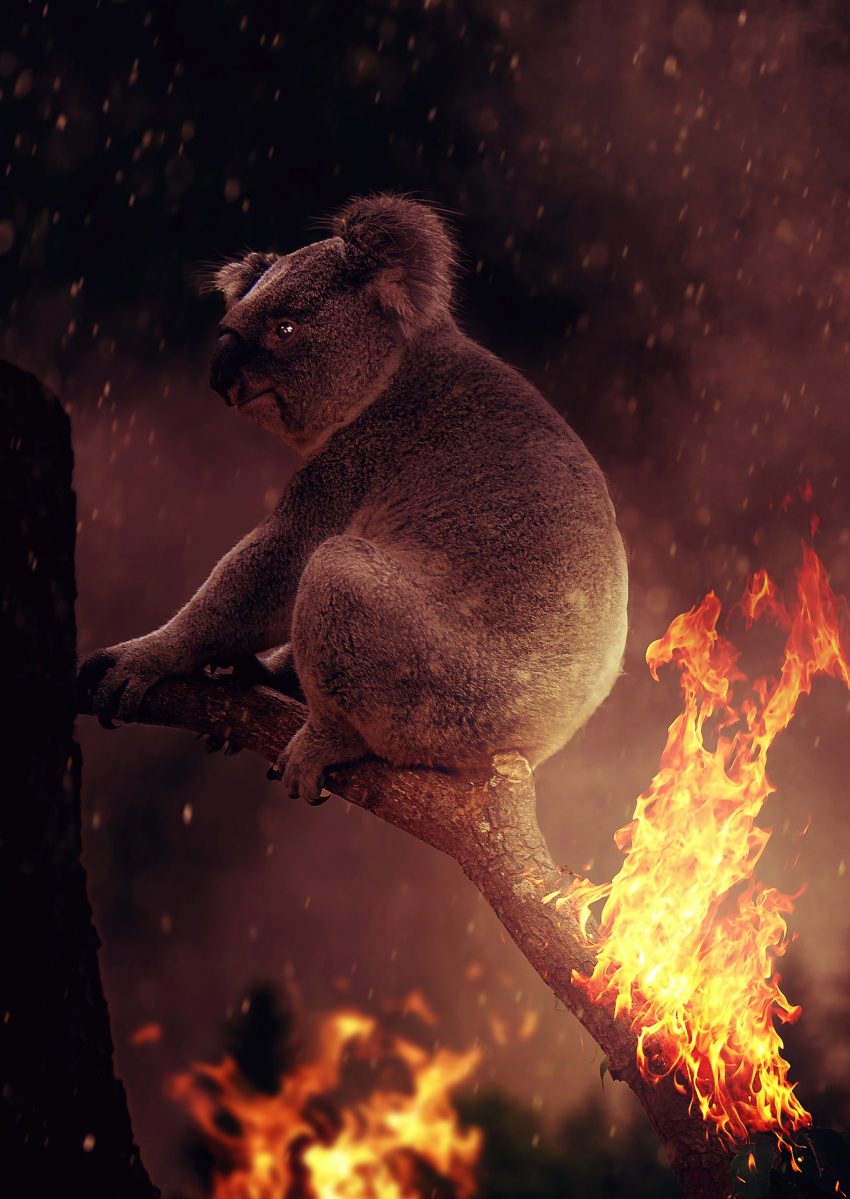 Since last year, Australian bushfires are a recurring topic in the headlines. Bushfires are very common in hot and not so humid places like here in Australia. They occur for various reasons, namely human activity and natural forces such as strong winds and lightning.

Below are several things that can cause the first spark.

Lightning strikes cause fires all the time.

Cigarette butts frequently cause fires but there is also another form of litter than can cause problems even decades after it’s been discarded. Remember when you used to use a magnifying glass to concentrate sunshine on paper and start a fire? Glass bottles in the bush can replicate the same effect. The intense sun (which can get to over 40 degrees Celsius in summer) beats down on a discarded glass bottle or a piece of glass which magnifies the sunshine to a point where it starts a fire. There are no doubt people who watch bushfire coverage on the news and are moved by the devastation without ever realizing that the bottle they hurled from a window of a car decades before was the cause.

To try and reduce fire risk, individuals and councils conduct burn-offs to try and reduce flammable vegetation at a time when the burning can be controlled. Sometimes this doesn’t work according to plan.

Sadly some fires are started by individuals who deliberately light fires. It should also be highlighted that in the vast majority of cases, the cause of the fire is speculation. By the time the fire is under control and investigators can move in, the area is a charred wasteland and it’s almost impossible to tell where the fire started, let alone what caused it.

Often the media is all-too-quick to jump on the idea of arson. Because an evil fire-bug is much more interesting to the public than natural causes, many fires have been attributed to arsonists by the public when there isn’t sufficient evidence to say with any certainty that this is the case.

Besides causing costly damages to home and cities, bushfires also destroy wildlife and entire ecosystems, and adds even more carbon to the atmosphere, accentuating global warming.

There is not much we can do to prevent naturally caused bushfires except to dispose of dry leaves, dead branches and by mowing long grass. This is important as they are combustible materials that can easily fuel fires. However, there is a lot we can do to avoid human-induced bushfires, such as storing ignitable materials properly and by choosing fire-resistant housing materials, especially for gates, walls and fences.