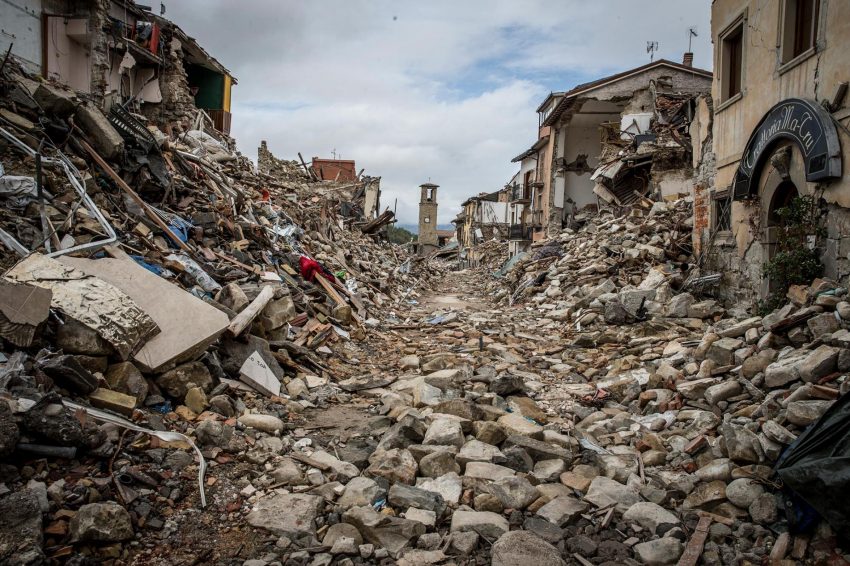 As one of the most devastating disasters, earthquake is feared by everyone. An earthquake can be defined as a sudden shaking movement of the surface of the earth; it is known as a quake, temblor, or tremor. Earthquakes range in size from the ones that are weak that they cannot be felt to those violent enough to throw people around and destroy whole cities – earthquake results from a sudden release of energy in the earth’s lithosphere that creates seismic waves. The seismic activity of an area is the frequency, type, and size of earthquakes experienced over a while. Earthquakes manifest themselves by shaking and displacing or disrupting the ground. If the epicenter of a large earthquake is located offshore, then the seabed may be displaced, causing a tsunami. It is also common for earthquakes to trigger landslides and occasionally volcanic activity. Remember, an earthquake can be natural and caused by humans that generate seismic waves.

This can happen anywhere on earth where there is sufficient stored elastic strain energy to drive fracture propagation along a fault plane. The sides of a fault move past each other smoothly and aseismically only if there are no irregularities or asperities along the fault surface that increase the frictional resistance. Fault surfaces have such asperities that lead to a form of stick-slip behavior. It is estimated that only 10 percent or less of an earthquake’s total energy is radiated as seismic energy. It is to be noted that most of the earthquake’s energy is used to power the earthquake fracture growth or is converted into heat generated by friction. Thus earthquakes lower the Earth’s available elastic potential energy and raise the temperature as the changes are negligible as compared to the conductive flow of heat out from the Earth’s deep interior.

Furthermore, induced seismicity is the minor earthquakes and tremors that are caused by human activity that alters the stresses and strains on the Earth’s crust. Induced seismicity has a low magnitude. According to research by the United States Geological Survey that was published in 2015, it is suggested that most of the significant earthquakes in Oklahoma, such as the 1952 earthquake with a magnitude of 5.7, might have been induced by deep injection of wastewater by the oil industry. Since 2010, earthquake rates have increased in multiple areas of the Central and Eastern United States, and scientific studies, have linked the majority of this increased activity to wastewater injection in deep disposal wells. The injection of carbon dioxide also causes induced seismicity as the storage step of carbon capture and storage, which aims to bind carbon dioxide captured from fossil fuel production or other sources in the Earth’s crust as a means of climate change mitigation.

On numerous occasions, magma blocks the vents during volcanic activity. This suggests that the air mass fails to be released. The buildup of pressure becomes unbearable and releases itself with a colossal explosion. The massive explosion ends up in a ruthless earthquake. On the opposite hand, the long period volcanic earthquake takes place after an eruption. Some days before the huge explosion, the magma inside the earth’s crust experiences rapid changes in heat. The difference in temperature triggers seismic waves, leading to an earthquake.

Nuclear explosions cause these. They are, essentially, man triggered earthquakes reasonably and represent the largest impact of contemporary day nuclear war. During the 1930s nuclear tests conducted by the United States, numerous small towns and villages were devastated as a result of this grave act.

Now that we have understood the different types of earthquakes that exist let’s learn more about its effects on the economy, society, and countries.

2. Damage to infrastructure – A seismic activity can cause electricity lines to fall, thus resulting in exposed live wires, which can electrocute humans or start a fire. There can be a rupture of roads, gas lines, and water pipelines, as well as broken gas lines, which can cause gas to escape. This might result in an explosion and fires, which can be challenging to contain.

3. Rockslides and landslides – When an earthquake happens, large rocks and sections of the earth located in the uphill can be dislodged. Thus making them roll down into the valleys and causing severe destruction and death to the people living downstream.

4. Risk of flooding rises – A high magnitude earthquake can favor the cracking of dam walls that can eventually collapse in the long run, putting a number of life in jeopardy. Flooding can also happen due to a tsunami, which is caused by an induced earthquake.

5. Risk of tsunamis – As mentioned earlier, a tsunami might occur if there is an earthquake. A tsunami is a series of long high sea tremors that are usually sparked by an earthquake or volcanic eruptions under the sea. Tsunamis can wipe out an entire surrounding coastal area population. There are typical examples of December 2004 where the death toll was alarming 227,898 in total, and in March 2011, an earthquake-tsunami struck on the coast of Japan, leaving more than 18,000 people dead in its wake.

6. Liquefaction – Liquefaction could be a phenomenon where the soil becomes saturated and loses its strength. When sediments consisting of high water content are subjected to constant trembling, water pressure held within the sediment pores slowly increases. Ultimately, the deposits lose the most cohesive strength and begin acting like liquids. Buildings and other structures built on top of this liquefied soil overturn or sink into the bottom. Earthquakes are chargeable for most of the liquefaction occurring across the planet. A typical example of liquefaction phenomenon is that the earthquake of 1692 in Jamaica that resulted in the devastation of the town of Port Royal.