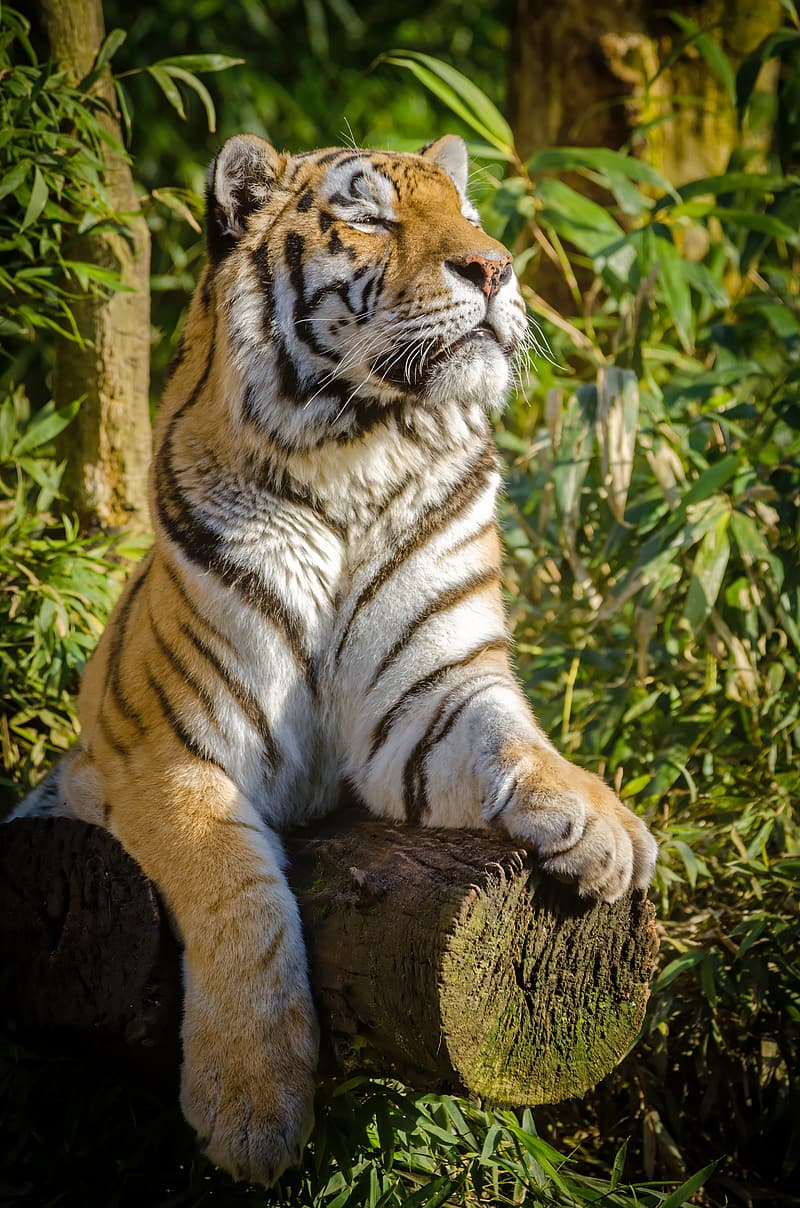 The largest members of the Felidae (Cat) family, Tigers are considered to be amongst the most charismatic endangered species on the planet.

According to recent studies by the World Wildlife Fund, tiger numbers have fallen by about 95% and the remaining numbers now inhabit 60% of the territory they occupied only a decade ago. Of the 9 subspecies of tigers we know of, 3 have already gone extinct, with 2 other subspecies listed as Critically Endangered. The remaining 4 subspecies are listed as Endangered on the IUCN Red List.

Let’s look at what sets each subspecies apart:

Amur tigers have paler orange fur than the other tiger species and brown instead of black stripes. They have white chests and bellies and a white ruff of fur around their necks.

Wild Amur tigers are concentrated around the Russian Far East, numbering roughly 500 individuals for an area of about 60,000 square miles. Officials representing China’s Jilin province and Russia’s Primorsky province, areas just north of the Korean peninsula, recently signed an agreement to set up a protected area straddling their countries’ common border to safeguard the tiger, which is listed as Endangered on the International Union for the Conservation of Nature’s Red List of Threatened Species.

The most numerous of the tiger species, the Bengal tiger is found in India, Bangladesh, Nepal and Bhutan. India is home to the largest population, estimated to between 2,500 and 3,750 individuals, according to the Save the Tigers Fund.

While most Bengal tigers have the coloration typically associated with their species, a recessive gene for coloration causes some to be cream or white in color instead of orange, according to the WWF. These “white” tigers are rarely found in the wild.

Wild tigers dwell in dry and wet deciduous forests, grassland and temperate forests and mangrove forests. While this subspecies has more individuals left in the wild than its brethren, it is still listed as Endangered on the IUCN Red List.

Found in central and eastern China, the South China tiger is listed as Critically Endangered on the Red List, one step higher than Endangered.

According to the WWF, the South China tiger is estimated to be functionally extinct, which means that there are no confirmed sightings of the tigers in the wild. Currently 47 South China tigers live in 18 zoos, all in China, the WWF says.

The Malayan tiger was only identified as being a separate subspecies from the Indochinese tiger in 2004. It is very similar to the Indochinese tiger, but is smaller in size. They are found in the tropical and subtropical moist broadleaf forests of the southern tip of Thailand and Peninsular Malaysia. Fun fact, the subspecies “jacksoni” was named to honor Peter Jackson, the former Chair of the IUCN Cat Specialist Group. This is not Hobbit and Lord of The Rings director Peter Jackson however!

The IUCN lists the species as Endangered on its Red List.

Also known as Corbett’s tiger, after British hunter and naturalist Jim Corbett, this subspecies is found in Cambodia, Laos, Burma, Thailand, and Vietnam and formerly in China. They are listed as endangered on the IUCN Red List.

Indo-Chinese tigers are a bit smaller and darker than Bengal tigers, with shorter, narrower stripes. Males average 9 feet (3 m) from head to tail and weigh about 400 pounds (180 kilograms). Females are smaller, measuring about 8 feet (2.4 m) in length and weighing approximately 250 pounds (115 kilograms), according to the Save the Tigers Fund.

These tigers live in remote forests in hilly and mountainous terrain, which makes it difficult for scientists to gain access to their habitat. As a result, relatively little is known about the status of these tigers in the wild.

Genetic analyses in 2004 showed that Indo-Chinese tigers were a separate subspecies from Malayan tigers, as mentioned above.

Found only on the Indonesian island of Sumatra, the Sumatran tiger is the other tiger species listed as Critically Endangered on the Red List.

Sumatran tigers are protected by law in Indonesia, with tough provisions for jail time and steep fines, according to the WWF. But despite conservation and anti-poaching efforts, tigers are still hunted and tiger parts and skins remain in high demand. The Sumatran tiger has the darkest coat of all tigers. Its broad, black stripes are closely spaced and often doubled. Unlike the Siberian tiger, it has striped forelegs.

Sumatran tigers are the smallest tiger subspecies. Males average 8 feet (2.4 meters) in length from head to tail and weigh about 260 pounds (120 kilograms). Females are closer to 7 feet (2 m) in length and weight about 200 pounds (90 kilograms).

The three extinct tiger subspecies are:

Do you feel like you’ve learnt something new about these apex predators? Let us know in the comments below!