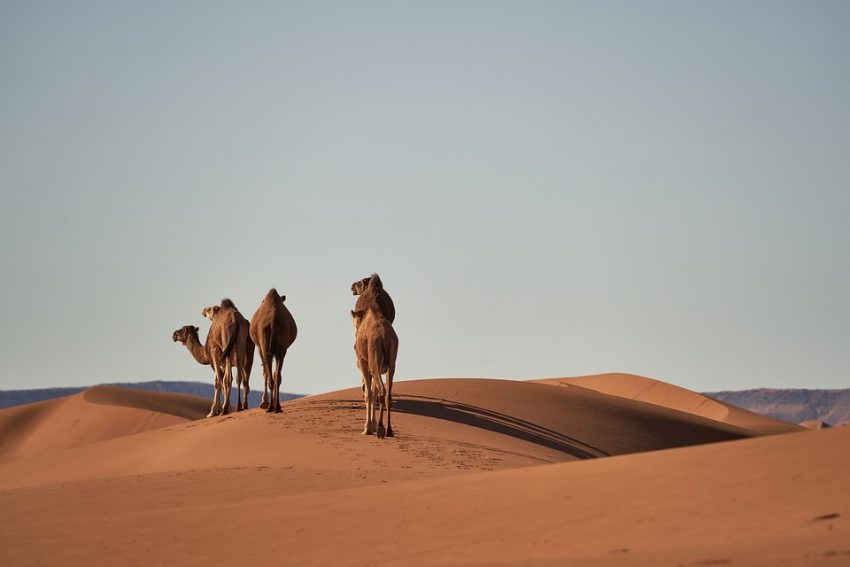 Deserts are far from lifeless lands. There are some resilient and wonderful animals and insects that call it home despite the hot and harsh conditions. Different species have distinct ways to survive in the desert. Here are 3 ways in which desert animals have been able to adapt and thrive in the environment.

Desert foxes, snakes, skunks, and other mammals, insects, and reptiles burrow below the surface of the sand or soil to escape the highest temperatures of the day. For instance, rodents block entrances to their burrows to avoid the heat.

Not all animals turn away from the desert’s sunlight. Native to the Sahara Desert, silver ants have an amazing adaption to extreme heat conditions. Their bodies are covered with metallic-like hairs, and they have long legs, which enable them to bear surface temperatures of 60°C or even higher for a limited time. This is possible since their hairs repel the sunlight, stopping it from reaching their bodies. On the other hand, their long legs allow them to move quickly, elevating their bodies above the ground. These factors also make them one of the most heat-tolerant groups of insects.

Aestivation or Estivation is similar to hibernation where insects, amphibians, or fish are in a state of dormancy. However, aestivation takes place during summer and not in winter. Animals who estivate include amphibians, reptiles, North American desert tortoise, the water-holding frog, California tiger salamanders, and others. They lie dormant until the desert temperature slightly drops or water becomes available. When these animals estivate, they are not as affected with the high temperatures or dry seasons as they would generally have in their normal state.

Due to the scorching hot temperatures, rainfall is rare in deserts. Animals in deserts mainly have water from food sources when water holes are dry. Others, such as the camel, have unique adaptations allowing them to tolerate extreme heat. Their bodies have the ability to store water for a considerable time. This is achieved through the humps on their back, which are filled with fat tissue. Concentrating body fat in their humps instead of having fat evenly distributed to other parts of the body helps camel to keep cool and store more water.

Isn’t it fascinating how animals adapt to survive in the desert? What are your thoughts on this?