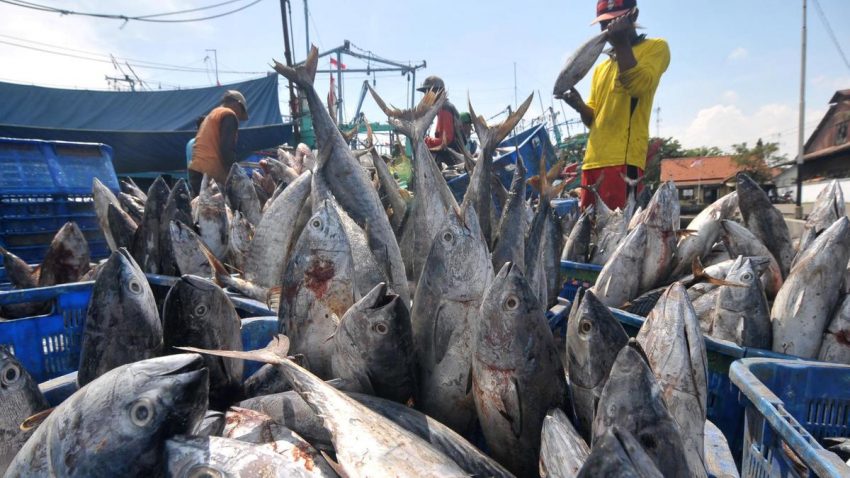 Every day countless quantities of fish are hauled out of the sea. With oceans covering over 70% of the Earth’s surface, marine life is vital to sustaining life elsewhere on the planet. However, over-fishing is causing harmful effects to humans and the ocean as well. Here are 5 drastic consequences of over-fishing.

Marine creatures are fished far beyond our capacity to preserve the fish population. That cargo is so abundant that it can’t even be naturally replenished, resulting in many species being on the brink of extinction. For instance, the Madeiran sardine is one of 3 over-fished sardine species. Many species do not have any catch limits enacted as well. In European waters, the blue shark is one of the most commercially exploited species with fishing industries harvesting as much as they want. This leads to high mortality rates of fishes in their early life stages since the reproduction of fishes is categorized as high fecundity with a lack of parental care due to over-fishing.

Millions of people from all over the world rely on fishing for food and to make a living. This entails that a massive quantity of fish and other marine species are hauled from the sea daily to meet the increasing demand. Nonetheless, our oceans are vulnerable to a diminishing supply of edible sea creatures as more and more people consume seafood in their daily diet. Unsustainable fishing practices have dragged our oceans to their limit, impacting people’s source of income and their way of life. Fisheries and fishermen are bound to go out of business soon with almost no productive fish left in the water.

Over-fishing also involves by-catch, the capture of unwanted marine creatures while fishing for other species. By-catch is a dangerous threat that leads to an unnecessary loss of billions of fish. These losses can also include protected or endangered species and aquatic creatures with little or no recreational and commercial value. Unwanted catches also affect the marine ecosystem as the animals are discarded and cannot reproduce since they die. Moreover, endangered species are at further risk of going extinct through by-catch.

Any lost, abandoned, or discarded fishing gear, traps, nets, or pots in the sea is referred to as ‘’ghost fishing’’. Since the gear is left within the marine environment, they continue their capturing process, entangling fish, trapping them, and eventually killing a substantial number of marine creatures. The discarded fishing gear may take centuries to break down as they are made of strong, synthetic nylon compared to the past when they were mostly made of materials such as cotton or hemp. Caught fishes are killed and consequently attract marine scavengers that get trapped in the same net, which creates a vicious cycle. Furthermore, fishing gear is costly to recover. The dumped gear also becomes a hazard to navigation, getting entangled in propellers, blocking shipping lanes and causing various other inconveniences. Beyond all this, they destroy marine habitats and make up a substantial volume of marine debris.

Unsustainable fishing leads to the destruction of coral reefs. Herbivorous fish, like the surgeonfish and parrotfish, keep algae found on coral reefs at a low level by feeding upon them. Although they are somewhat small in scale, coral reef fisheries can be devastating to the marine ecosystem. When fishes by the coral reefs disappear, it results in a disbalance in the marine environment, and algae keep growing and smother coral reefs. Not only does over-fishing harm the habitat of marine organisms, but it also places a higher risk for coastal erosion. Coral reefs play a crucial part in protecting our environment. They absorb the wave energy of hurricanes and storms, which helps in reducing the damage caused by these phenomena, thereby protecting settlements located by the sea.

Fishing trawlers, bats, and vessels not only impair marine life by over-fishing but also through liquids, oils, and other chemical spills. Just think, fishes can unknowingly eat those pollutants, which means that humans will as well! Large and hefty nets are dragged along the seafloor, wiping out everything on their way. Coral reefs and other natural habitats which fish rely on for spawning and breeding are ripped apart, which in turn hinders the recovery of depleted fish stocks. As a result, commercial fleets go even deeper in the oceans for viable catches, which further triggers changes to the delicate balance of the ocean’s ecosystem.

Oceans are so wide that we tend to think the issues listed above are not serious threats. Nevertheless, over-fishing for a day or even minimal pollution results in menacing consequences to both marine and terrestrial lifeforms. Solving this problem necessitates collective effort to restore the ecological balance of the marine ecosystem and keep our oceans healthy and flourishing!